By Dorasky (self meida writer) | 5 days

Few weeks ago, some group of Bandits invaded a Private University in Kaduna State and Abducted more than 20 Students. After their Abduction, the Bandits demanded for a ransom to be paid before they release the Students. Days after they Abducted the students, they decided to Kill five of the students because their demands were not met. Yesterday, the Bandit through their leader gave a strong Warning to Government and threatened to kill the remaining Students. Today, one of the student was released by the Bandits after spending weeks in captivity. For now, it's still unclear if they were any external influence, or the Bandits decided to change their mind and just release the Student. They have been a lot of reactions from Nigerians, after the Bandits released one of the students, and they have been urging the federal government to secure the release of the others. Femi Fani Kayode, have also reacted to release of one of the Greenfield Students. The former minister of Aviation shared his own view about the issue, through his Official Twitter Handle. In his tweet, FFK thanked God that one of the student was released, and that they trust God that the rest of the students will also be released. He added that, their prayers are with the Kids and their respective Families and also all others, who have been Kidnapped in the country. Here is the screenshot of his tweet 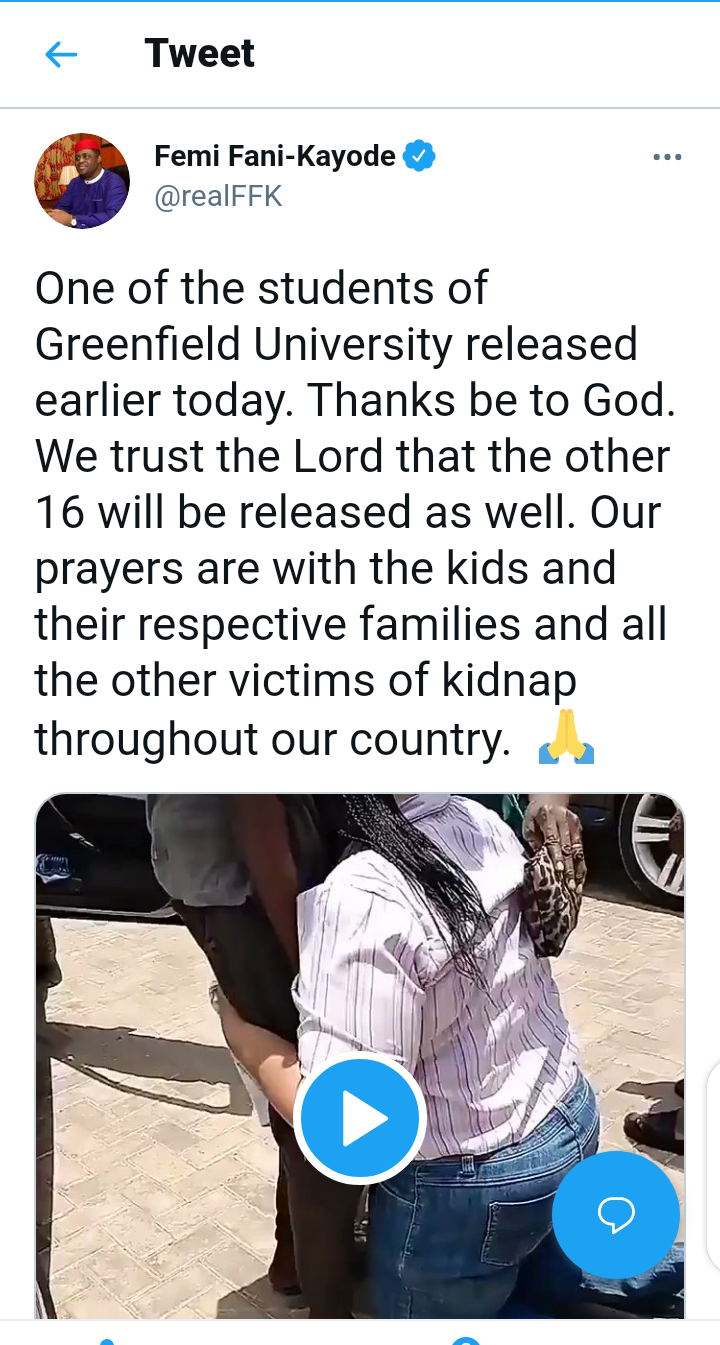 We just hope that, the Right thing should be done so that the rest Students can be set free from Captivity.

Here's the link to the video

Here are what some of his followers said

Opinion: Why It Is Almost Impossible For Armed Robbers To Invade Aso Rock