The 31-year-old Nigerian Lady Who Was Drugged, Assaulted, And Deported From Oman Speaks Out

By BusyWriting1 (self media writer) | 11 months ago 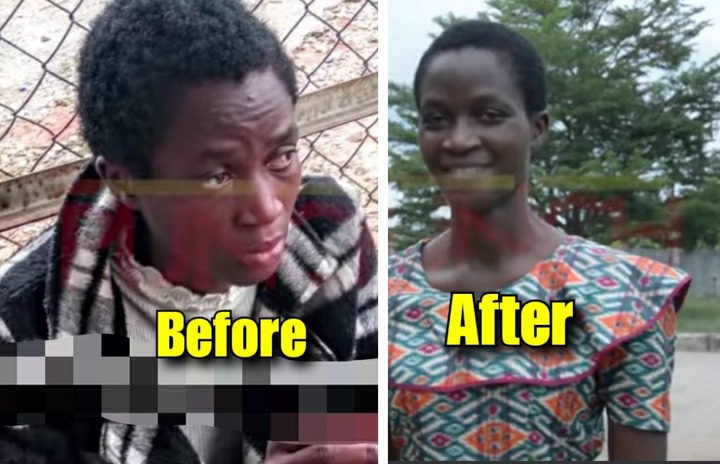 Few months ago, it was reported that a 31-year-old Nigerian lady who was deported from Oman was found hanging around at the Murtala Muhammed airport looking unkempt and mentally unstable. Her sister who got to know about the incident rushed over to the Airport and saw that it was Funmilayo Fehintola, her sister who she thought had gone missing after traveling to Oman for greener pastures. 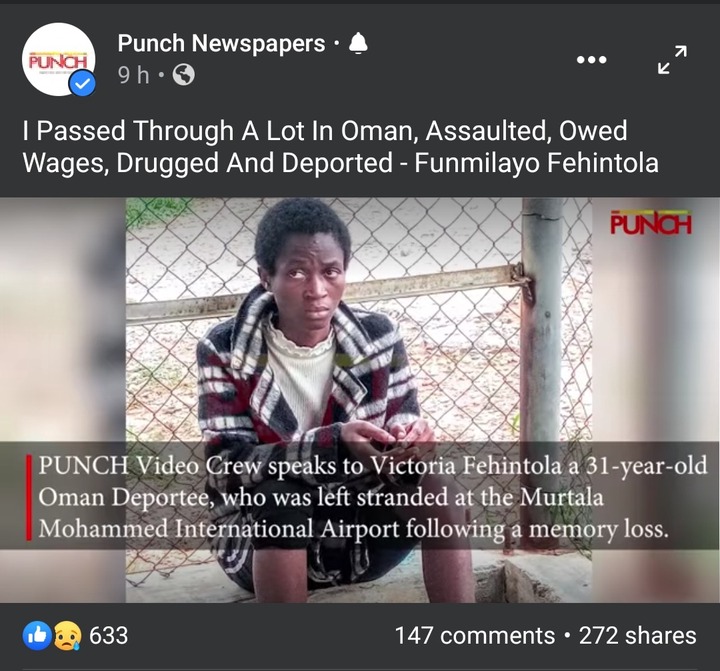 Funmilayo was not saying a word, and this got her sister worried. However, few months after the incident, PUNCH had an interview with Funmilayo who is now feeling ok and able to communicate. In the interview, she revealed all that she went through in the hands of her employer. She said she was being maltreated in Oman by her boss. Funmilayo said that there was a day her boss was beating her and she defended her self against him. He got angry and got her arrested. According to Funmilayo she spent close to a year in jail. She said she was being owed by her boss and she got drugged also. 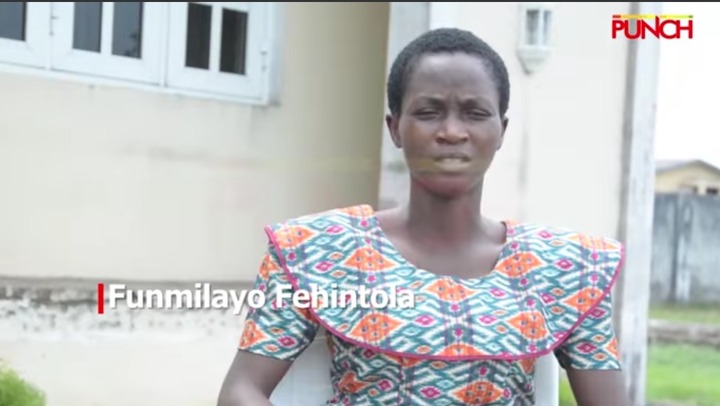 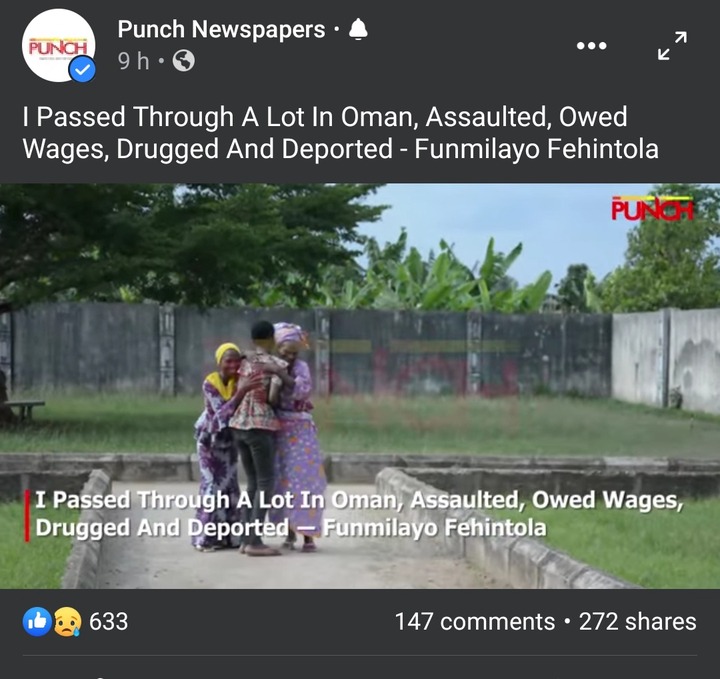 She has now been reunited with her family. Her mother spoke to PUNCH and revealed that she sold her properties just to be able to fund her daughter's trip to Oman, but she was heartbroken to see what her daughter had passed through. She also stated that she is thankful that her daughter is now doing ok and has returned back home to them safely.