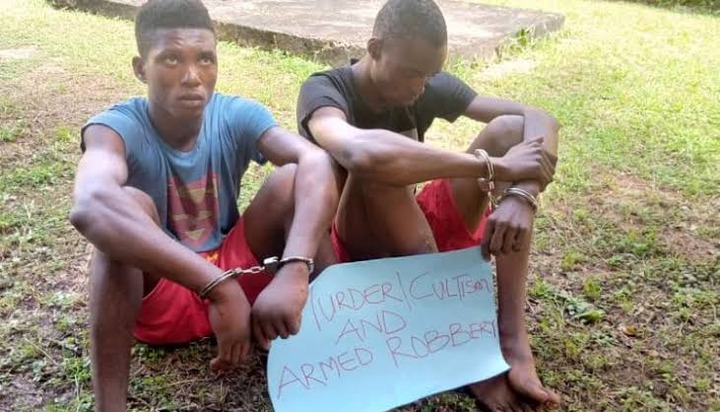 Yesterday, it was made known that a 25-year-old man whose name was given as Ono's Simon, along with the help of accomplice lured a woman inside bush, forcefully slept with her, killed her and sold some of her body parts.

Information given made it known that the suspect, who is an okada man conveyed the victim to a wrong destination after she told him that she wanted to get pepper but, she doesn't know where she could get it and due to this, he took her inside bush where they wasted her life.

Lesson everyone should learn from this incident...

Whenever we are not sure of our destination but, getting to such destination is expedient, it is better to have a good information about how the place looks like so that, we won't be diverted to another destination by people who have it in my mind to perpetrate evil act.

1. Avoid secluded places when you're not sure of your destination: Information given concerning the incident made it known that when the arrested suspect conveyed the woman inside bush, after conniving with the second suspect, the woman at one particular point insisted she was no longer buying pepper but, due to the fact that she did not suspect anything, she was going at the front when the suspect hit her with a cutlass from behind.

The woman ought to have insisted that she won't enter the bush at all with him but, maybe due to the fact that she did not know that Simon, whom she begged for help had another plan in mind for her, she followed him before later insisted that she was not buying pepper anymore.

2. Approaching people or strangers for help doesn't mean they don't have evil plans in mind before: That one is approaching people for help doesn't mean they do not have evil intention in mind before. For instance, if a ritualist who has been looking for someone he will use for ritual is asked for direction, such person won't hesitate to give a wrong direction that will favour him because, he already had it in mind before, but, the victim won't know until she walks into danger.