By Israeladebimpe2412 (self meida writer) | 1 months 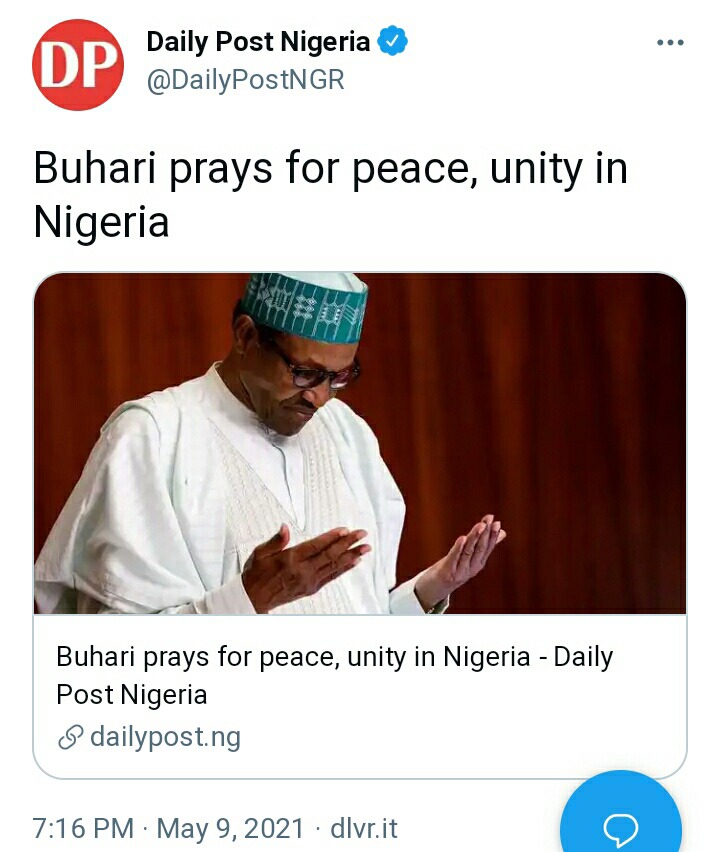 Given consideration to the rising level of insecurity in Nigeria, it is indeed important to call upon God for intervention and restoration of peace, stability and unity in the country. According to reports reaching us, it is said that president Buhari has raised a voice of prayer unto God while joining worshippers in prayer; the details is given below.

President Muhammadu Buhari, on Sunday, joined worshippers to pray for peace and unity in Nigeria.

He attended the closing session of the Tafsir at the State House Mosque where prayers were said for Allah’s protection to be upon the nation, people and leaders.

The congregation listened to the final round of the daily interpretation of the Quran delivered by Sheikh Abdulwahid Abubakar Sulaiman, the Chief Imam. 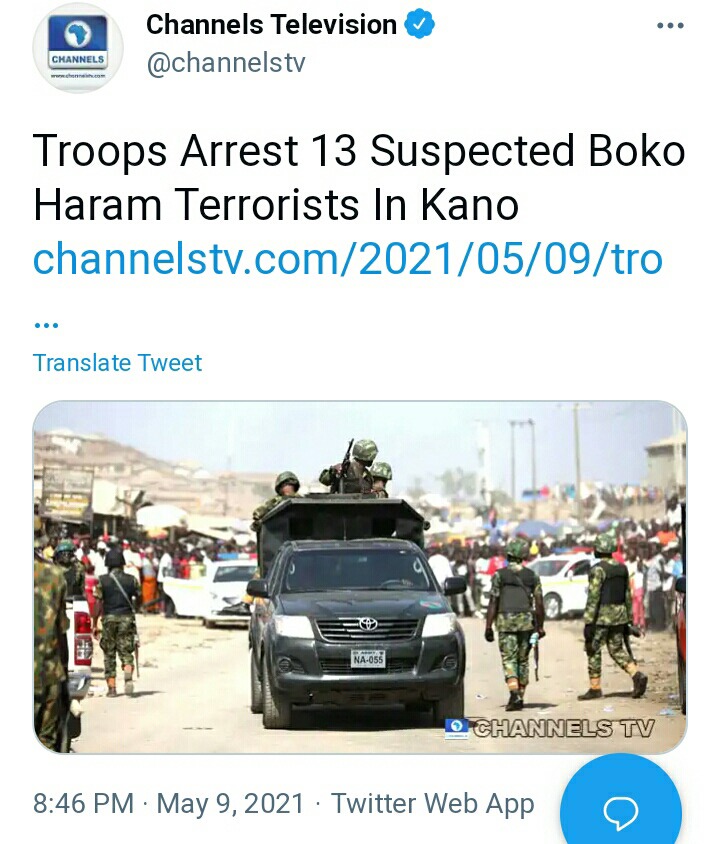 No fewer than thirteen suspects, alleged to be Boko Haram terrorists were said to have been arrested by the Nigerian troops in Kano in an effort to ensure that all forms of criminality are flushed out. Below is a short detail of the operation conducted by the army on the arrest of the suspects.

Thirteen suspected Boko Haram terrorists have been apprehended around Filin Lazio in the Hotoro axis of Kano State, authorities said on Sunday.

The suspects were arrested by troops of 3 Brigade of the Nigerian Army during an operation in the north-west region of the country.

Brigadier General Mohammed Yerima, who is the Director of Army Public Relations, explained that the operation conducted on Saturday was part of ongoing efforts to flush out all forms of criminality within the area of responsibility. 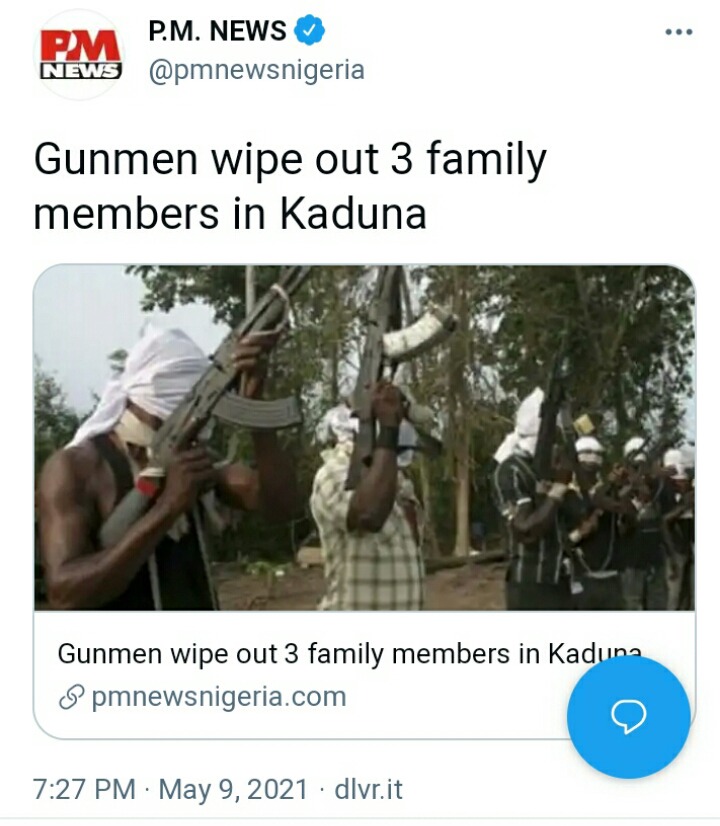 It was indeed a sad day for the residents of the Golkofa village which is said to be in Jema'a local government, news reports claim that some gunmen attacked the village killing about three people. The details of the incident is given below.

The Kaduna State Government said five persons have been killed and one other missing in separate incidents in the state.

The government said three persons were shot dead by gunmen at Golkofa village in Jema’a Local Government Area while one person was injured.

Samuel Aruwan, the Commissioner for Internal Security and Home Affairs, said in a statement on Sunday, that all the four victims were members of the same family.

He said that the incident was confirmed by the Defence Headquarters outfit Operation Safe Haven and the state Police Command. 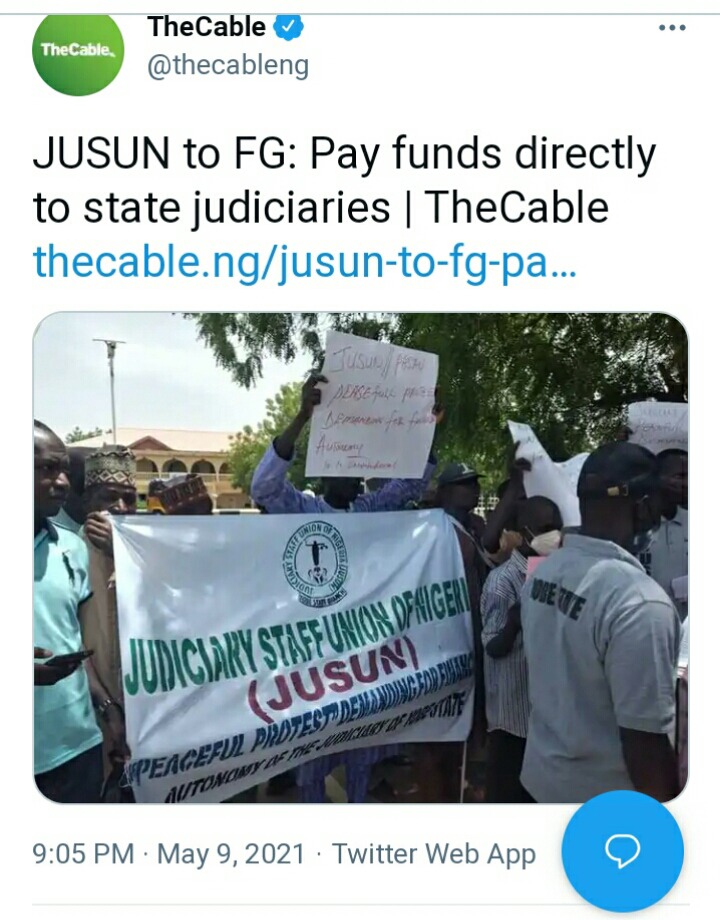 Again the judiciary has called upon the government to have their allocations payed directly into the state judiciary. Below are details regarding the reports.

According to reports reaching us, the Judiciary Staff Union of Nigeria (JUSUN) has urged the federal government to direct the attorney-general of the federation to pay allocations directly to state judiciaries.

For states that refuse to grant judicial autonomy, the order also mandates the accountant-general of the federation to deduct the amount from the monthly allocation to each state.

JUSUN deputy president, Emmanuel Abioye, Spoke in an interview with NAN, he said instead of going through the governors, the federal government should go ahead with paying the funds directly to heads of courts in states. 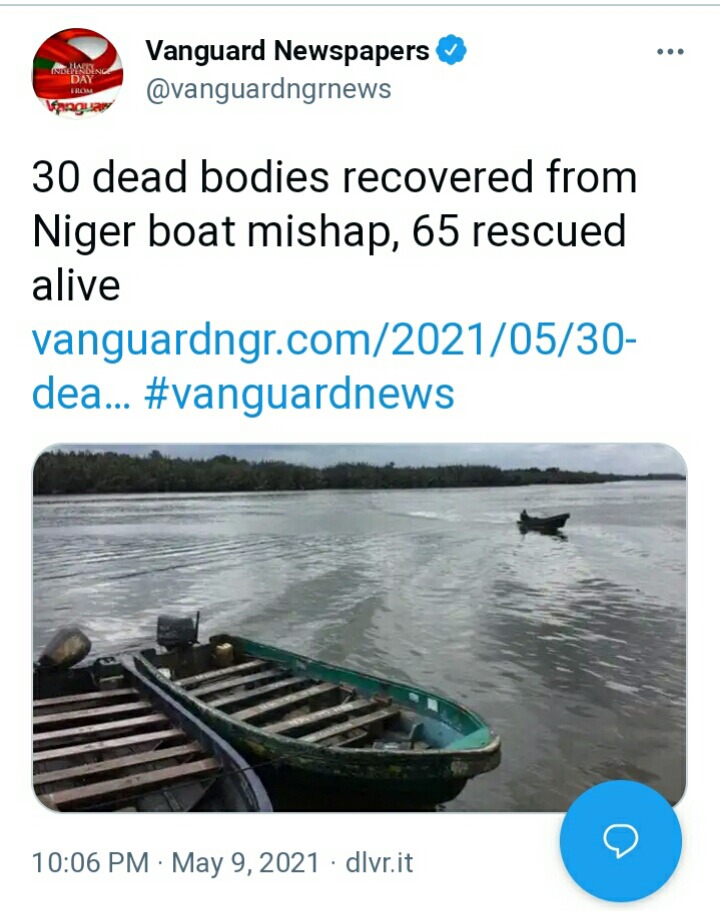 Thirty dead bodies have so far been recovered from Tijana village in Munya local government area of Niger state where a boat capsized on Saturday.

The bodies were recovered by local divers in the area who had been on the rescue mission since Saturday.

Besides the dead bodies rescued, 65 were rescued alive while the search for not less than seven others continues.

The passengers were said to be returning from Zumba which is a popular fish market in Shiroro Local government area of the state when the boat believed to be carrying about 100 people and having journeyed for abouttt two hours is said to have been capsized around 6:00pm. 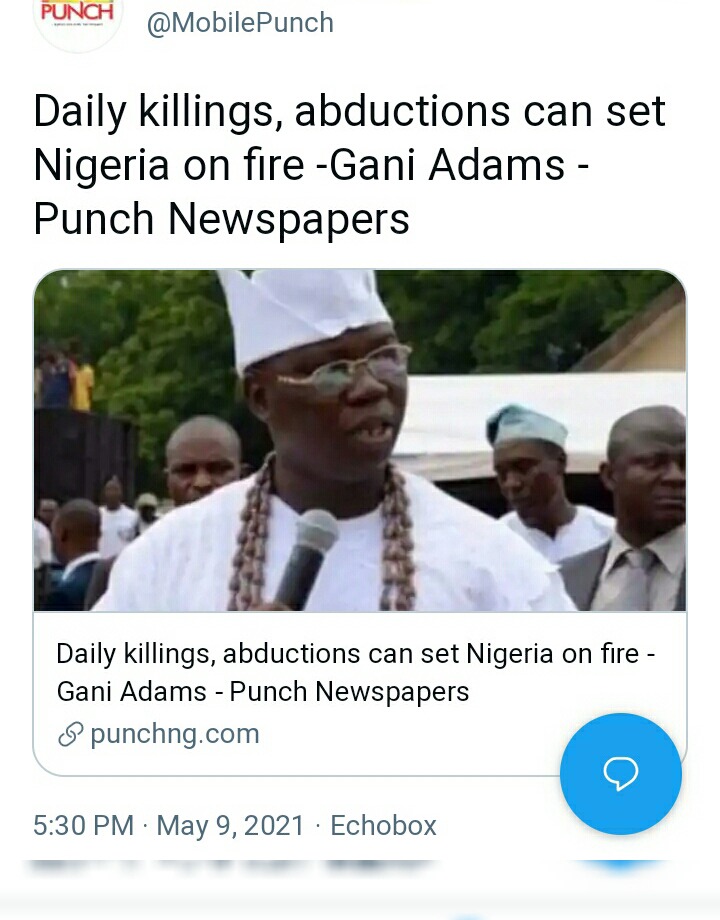 The extent at which insecurity and kidnapping is occurring day by day is indeed worrisome and a warning to the stability and unity of the country. Expressing his concern over the nations security challenges, Gani Adams gave his opinion on the issue, below is the report of the news.

Recently, Aareonakakanfo of Yorubaland, Gani Adams, on Sunday, warned the President, Muhammadu Buhari (retd.), against another civil war in Nigeria.

Adams expressed worry at the growing spate of insecurity across the country during his 51st birthday Thanksgiving programme held in Lagos.

Adams expressed displeasure at Buhari’s attitude to the myriads of security challenges in the country, pointing out that Nigeria has never had it so bad in its history.

He regretted that killer bandits have taken over the country, noting that daily killings and abductions can set the country on fire. 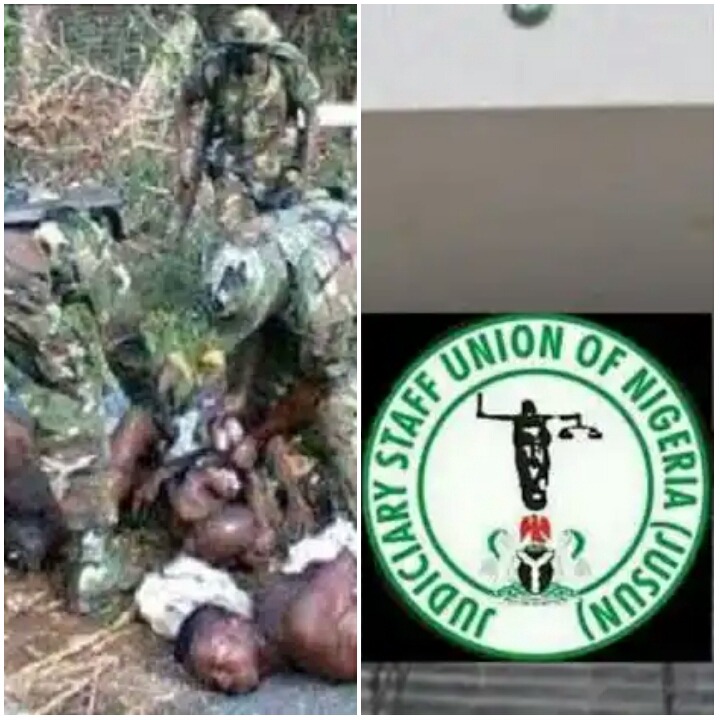