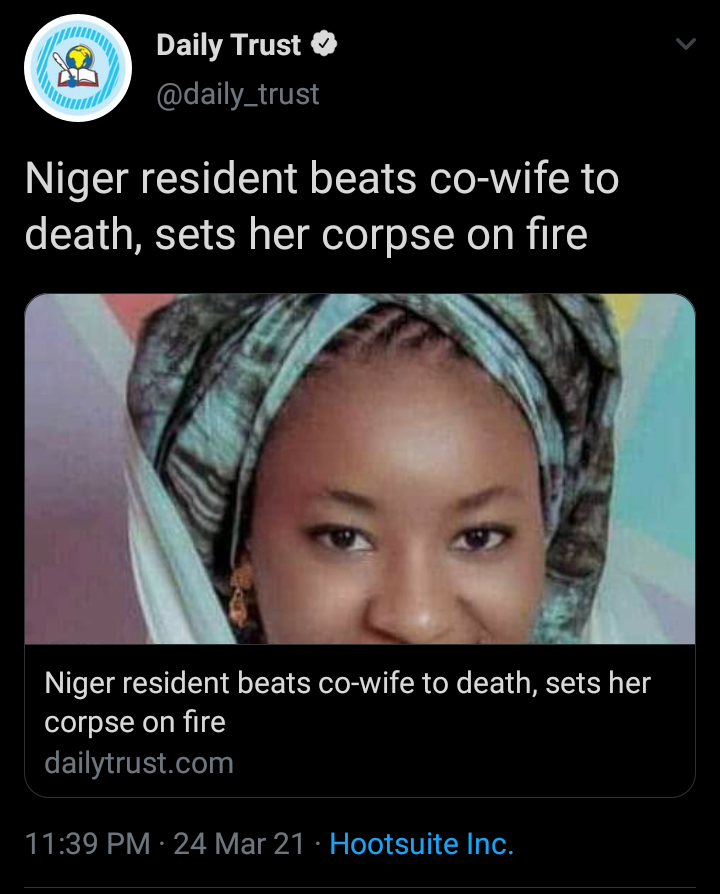 Death is inevitable, it is a cross every human being will answer one day. All we pray is for God Protection and guidance.

Recently, A newly wed woman identified as Fatima Aliyu has been reportedly burnt to death by her husband’s first wife.

According to daily trust, The incident, happened in Minna, Niger State capital.

The first wife, Amina Aliyu, was said to have beaten up her co-wife before locking the house and setting it ablaze.

Before getting married seven weeks ago, the deceased resided at Sabuwar Unguwa area in Katsina metropolis.

A family source, who pleaded anonymity, said the two wives were not living in the same house.

Meanwhile, Niger State Police Command has confirmed the incident, saying the case was reported to the command by one Bello Lawal.

The Police Public Relations Officer in the State, DSP Wasiu Abiodun, said, “On Tuesday, one Bello Lawal of Gwari Motors Bosso road Minna reported on behalf of one Alhaji Aliyu Abdullahi 45yrs of Mandela road Sauka Kahuta that one Fati Aliyu his second wife and of same address was found laying dead in her pool of blood inside her parlor with part of her body burnt. 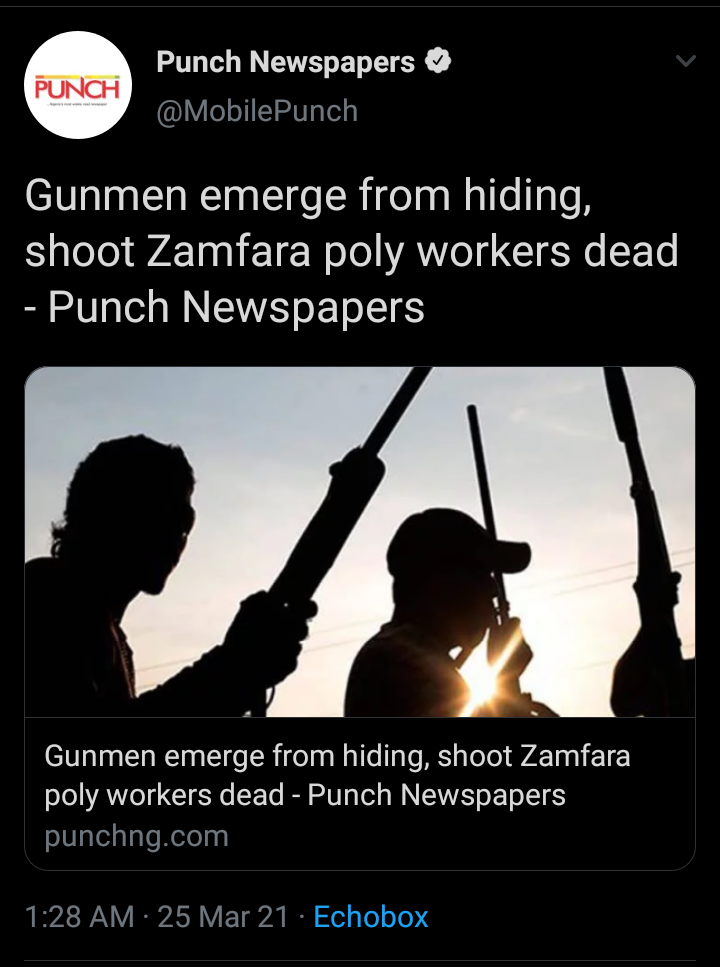 The series of Attacks lunched by Gunmen is getting out of hand.

Recently, TWO employees of the Federal Polytechnic, Kaura-Namoda in Zamfara State, were shot dead in their residents by gunmen.

The affected workers were Usman Nazifi, 37; and Bashiru Muhammad, 39, who were residing at the low cost housing estate in Kaura-Namoda.

A resident of the area, Alhaji Ibrahim Kaura, said the gunmen stormed Nazifi’s house and asked him to open his room, but he refused and began to shout, calling for help.

According to him, the gunmen withdrew and hid in an uncomplicated building within the area. 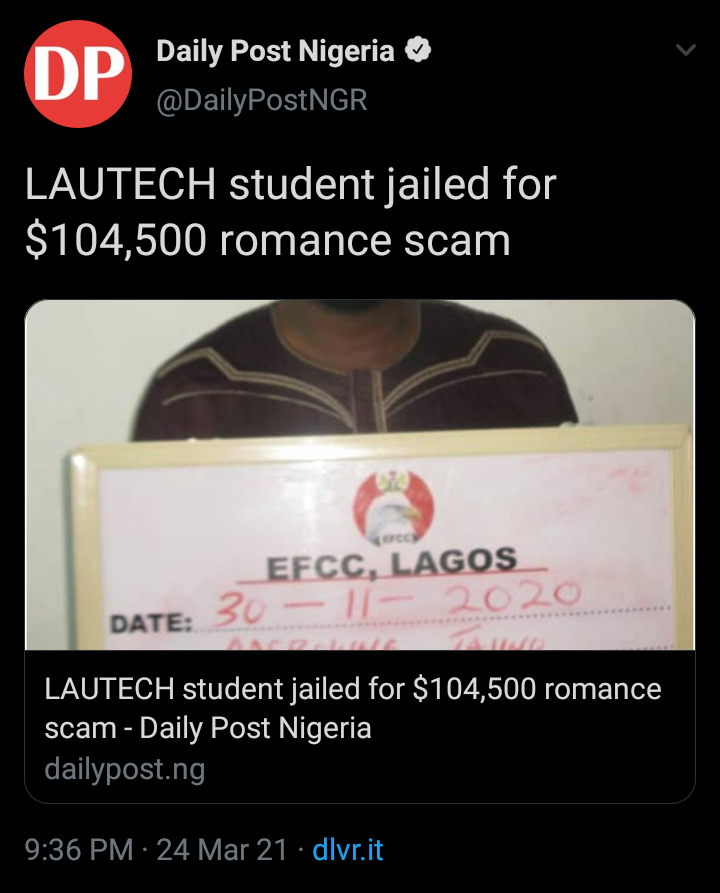 Recently, An undergraduate, Adebowale Taiwo Abiola, has been sentenced to one year imprisonment for romance scam.

The Economic and Financial Crimes Commission (EFCC) arrested him after intelligence about the criminal activities of a fraud syndicate in Lekki.

The convict, who resides at Brownstone Estate, Ikate, Elegushi, presented himself as Burton J. Smith, an American, to defraud his victims. 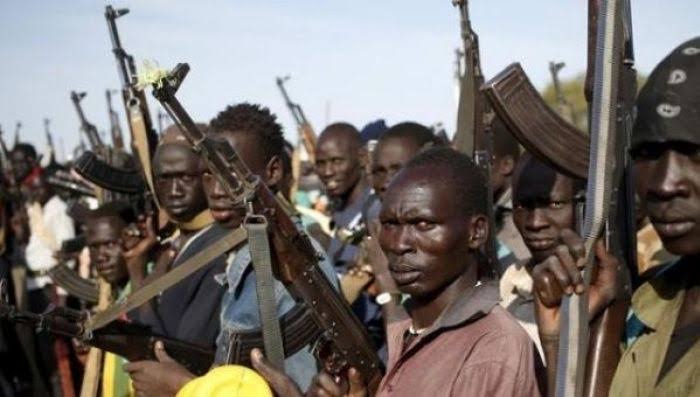