By Socialmediajagaban (self media writer) | 2 months ago Oluchi Okoye popularity known as PACA, has been arrested by the police for tying his debtor, Reuben Alozie to a stick, over unpaid N4.6m debt.

@Within Nigera, reported that the victim was tied up at No.29, Abeokuta street, Ebute Meta, Lagos from 22nd of September to 23rd of September, when he was eventually rescued by the police.

Okoye claim that he decided to take laws into his hands after several failed effort to recover his money from the victim. He claimed that the victim has the money, but has refused to pay him back.

However, the victim's wife reported to the police station on how her husband had been held in hostage. The police stormed the area and rescued the victim, while arresting the suspect. 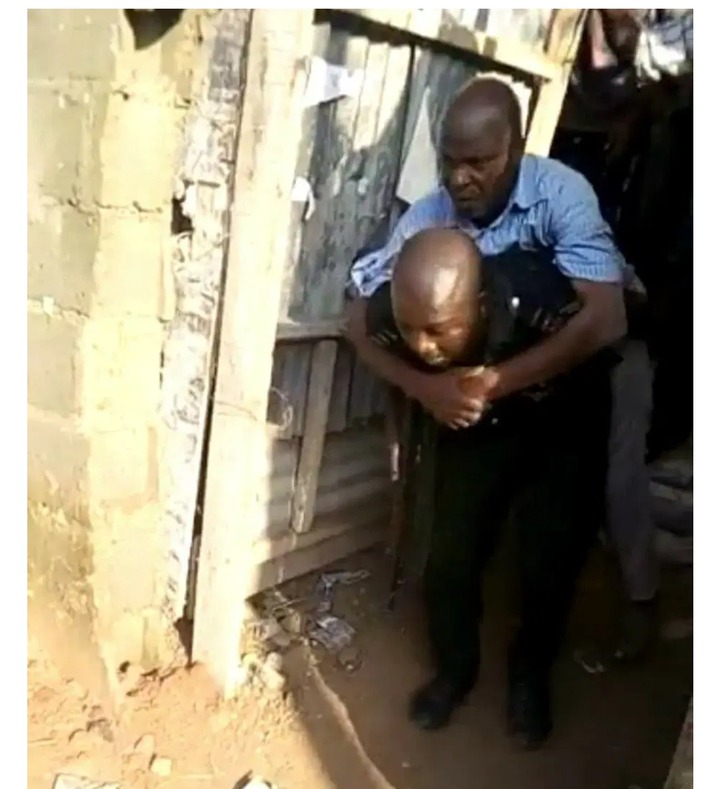 The suspect has now been transferred to the Command's Tactical team for investigation and prosecution.

Okoye went too extreme by holding his debtor hostage for such a long period of time, making it look like a Kidnap.

There are several ways he could have gotten Reuben to pay up the debt rather than taking laws into his hands.

He could have reported the case to the police and taken legal actions to seek justice, by taking legal actions the debtor may even be asked to paid him for damages. However taking laws into one's hand has never been the right solution to any problem. 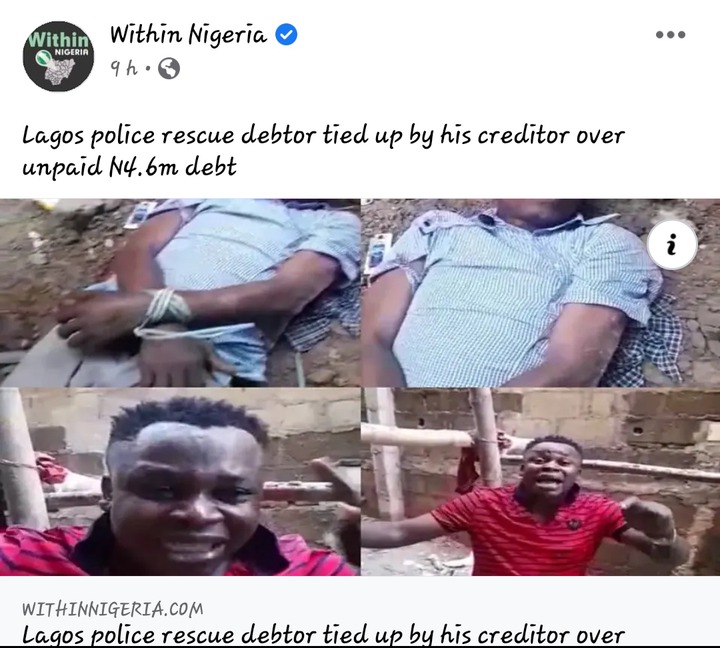