By OgunTescom (self media writer) | 9 months ago

To the family of Mr and Mrs Akolawole who resides at Agbopa Area of Olokuta village in Abeokuta , Ogun State Capital, also a family of the teaching service, precisely Lisabi Grammar School Junior Idi Aba, Abeokuta, the incident which occurred to their them on 12th February 2020 will forever be in their memmory as the day could have left their two children as an Orphan.

Writing on his Facebook page , Kolawole Abayomi was full of praiise to his Creator as he sings from Psalms 124: 1 - 8

" If it had not been the LORD who was on our side, now may Israel say;

2 If it had not been the LORD who was on our side, when men rose up against us:

3 Then they had swallowed us up quick, when their wrath was kindled against us:

4 Then the waters had overwhelmed us, the stream had gone over our soul:

5 Then the proud waters had gone over our soul.

6 Blessed be the LORD, who hath not given us as a prey to their teeth.

7 Our soul is escaped as a bird out of the snare of the fowlers: the snare is broken, and we are escaped.

8 Our help is in the name of the LORD, who made heaven and earth".

Recalling what happened on the fateful day, kolawole said: he had dropped his two children who were then in primary school at home after the school hours on the fateful day, and had a cause to go out in company of his wife who was about eight months pregnant then. 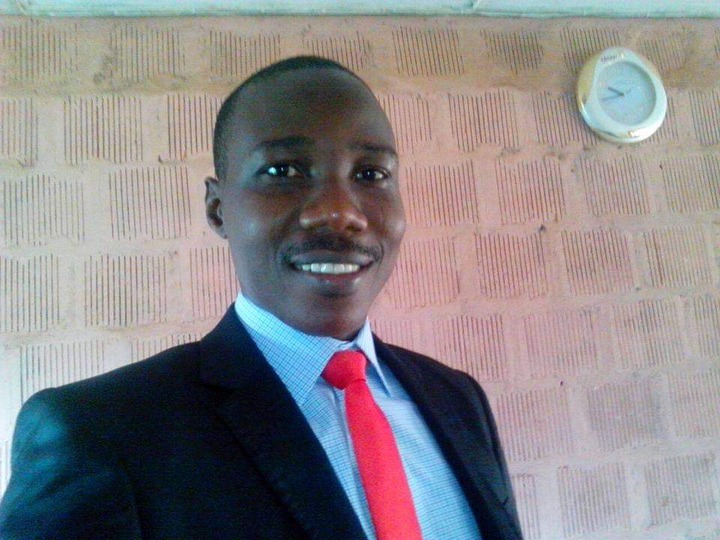 While returning back home around 6pm, not quite five minutes drive from the spot of the accident to their home, kolawole said what he could observe vividly was a six tyre truck that was signalling to them a break failure.

Seeing how the truck was swerving , kolawole said he quickly cleared off the road and parked his Nissan car by an electric pole which the truck driver deliberately turned at, to use as a human shield.

Narrating further, Kolawole said what he could only remembered was a total darkness after the truck had turned towards them.

According to what some good Samaritans who quickly rushed to the accident scene had narrated, was that, the truck had slammed their Vehicle against the electric pole, which left the car totally condemned, with the 8 months old pregnant wife sitting at the front seat where the truck had hit on the electric pole before the truck eventually tumbled. The wife, who was eight months old pregnant coming out unhurt despite the level of the damage. 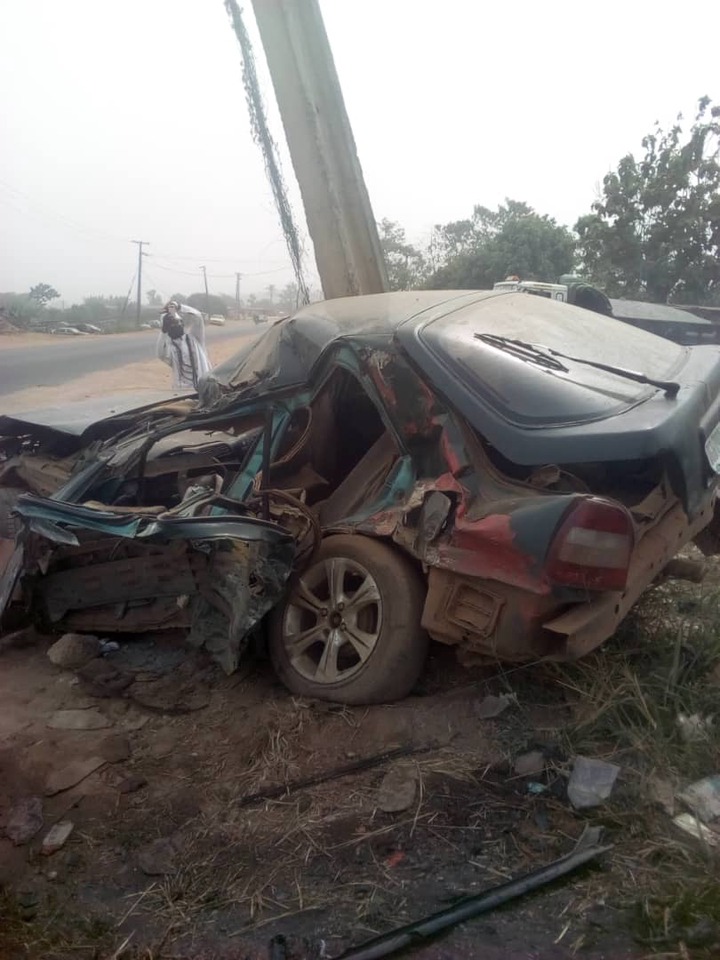 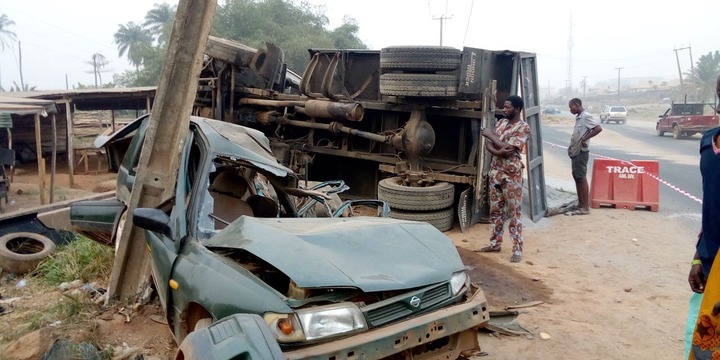 Mr Kolawoles' car had to be matcheted before he could be rescued to the emergency unit of the Federal medical centre, Abeokuta. The impact of the accident had left him with a multiple fracture to his chest and ribs. 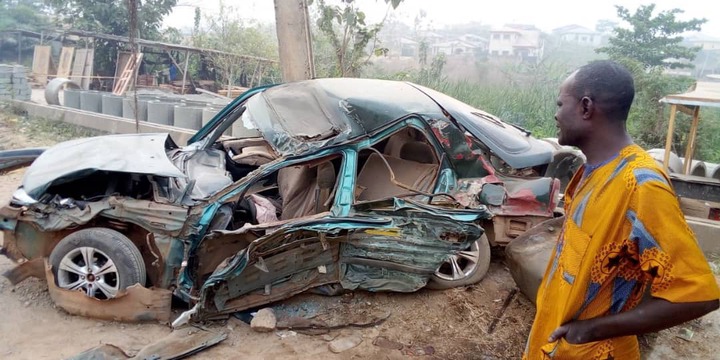 While being taken on a stretcher to the emergency unit of the hospital and consequently to the theater, what was coming out of his mouth, according to him, despite being unconscious, was: Mercy , mercy , mercy, till the surgical operation was performed to remove an iron which pierced his chest. 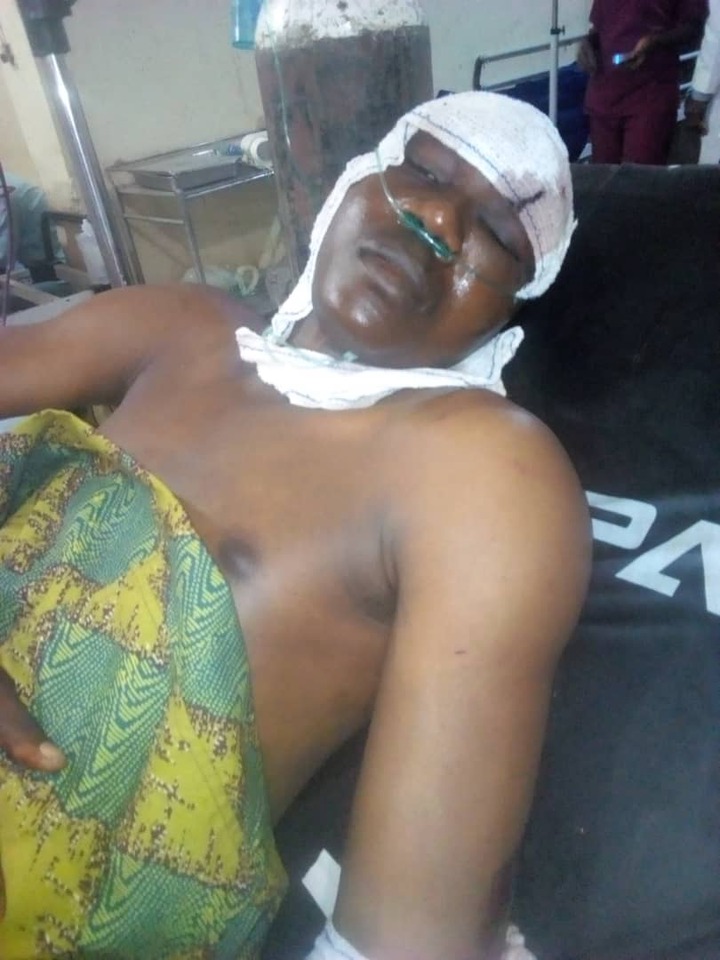 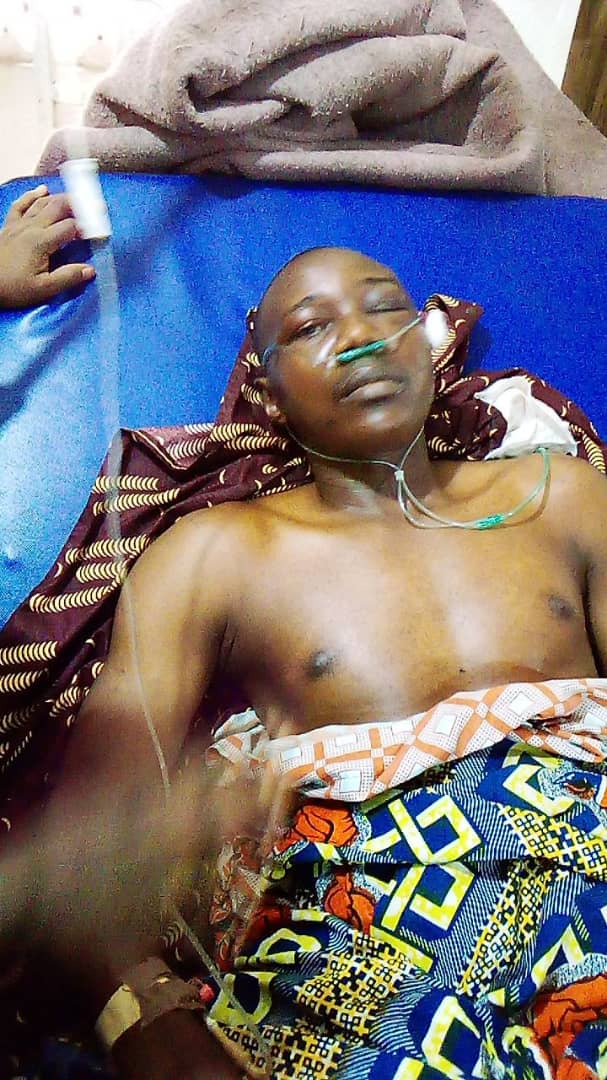 " Mercy " had really taken his cause as he would last a month on admission in the hospital, passing through the Intensive care unit with a life support equipment and also through the orthopedic units of the hospital before he was eventually discharged. 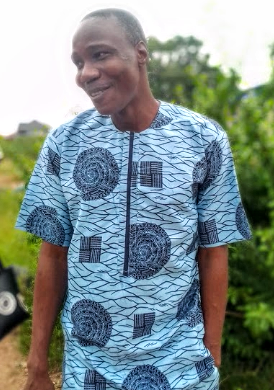 About a week after, his wife who escaped unhurt in the accident gave birth to a bouncing baby girl. 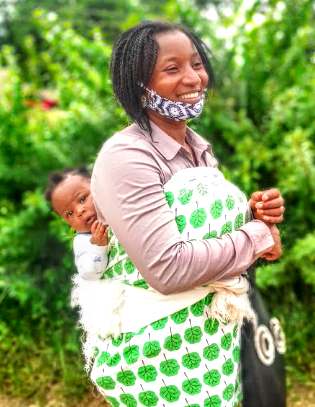 Today being exactly a year of the incident, the Kolawoles' family are grateful to God for his Mercy on the family.

Below are the comments that was posted on his social media by respondents on his Facebook page. 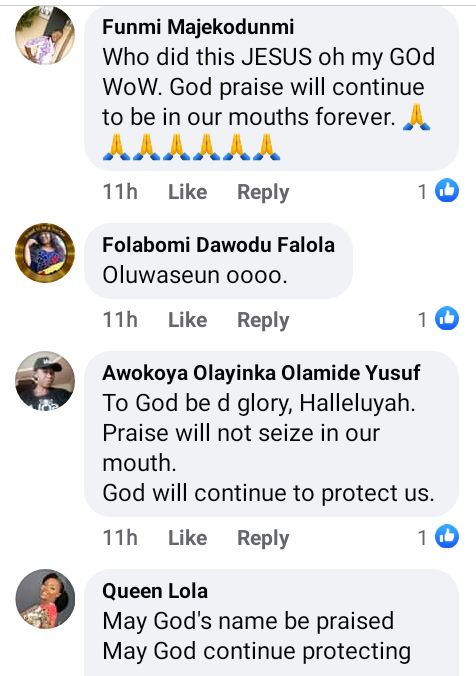 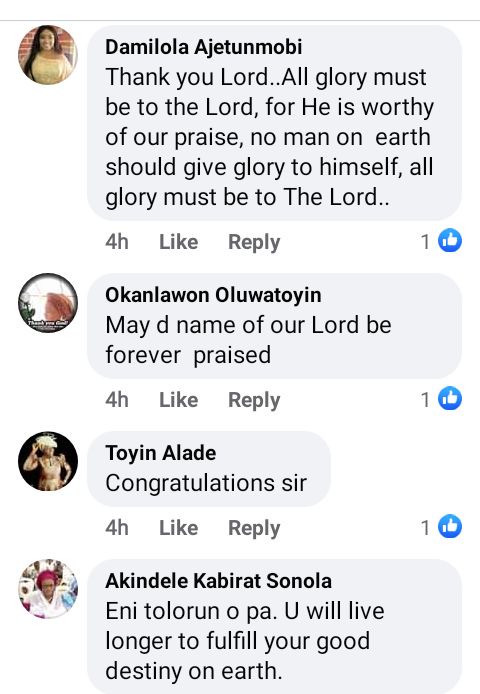 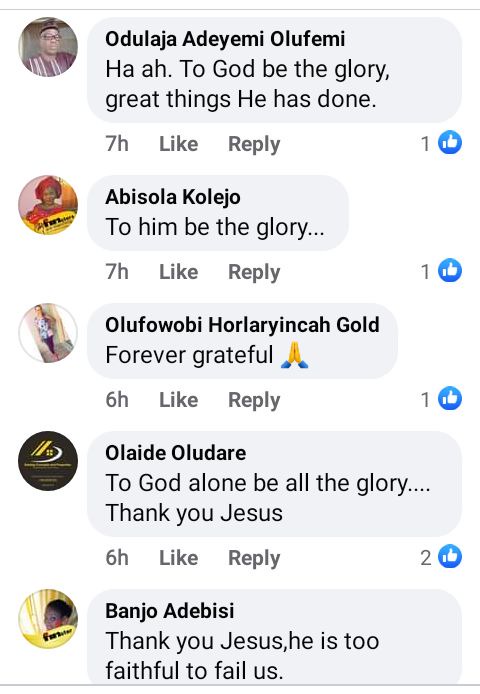 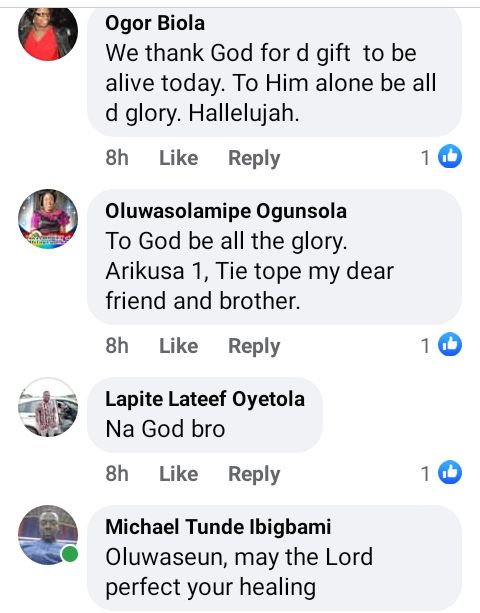 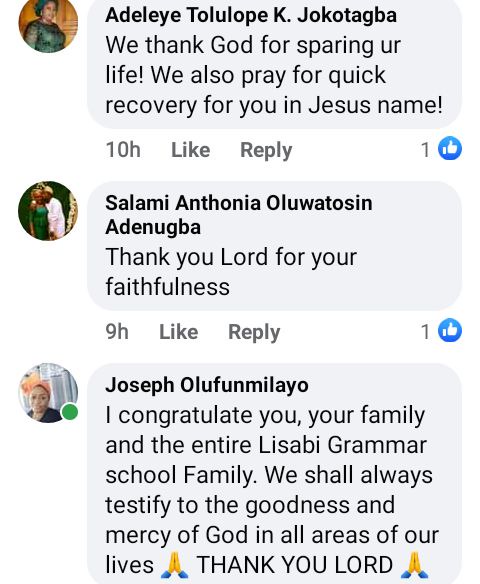 What the Lord has done in his life, we pray, will be permanent in Jesus Name. Amen!!