By Toptrendsmedia (self media writer) | 29 days ago 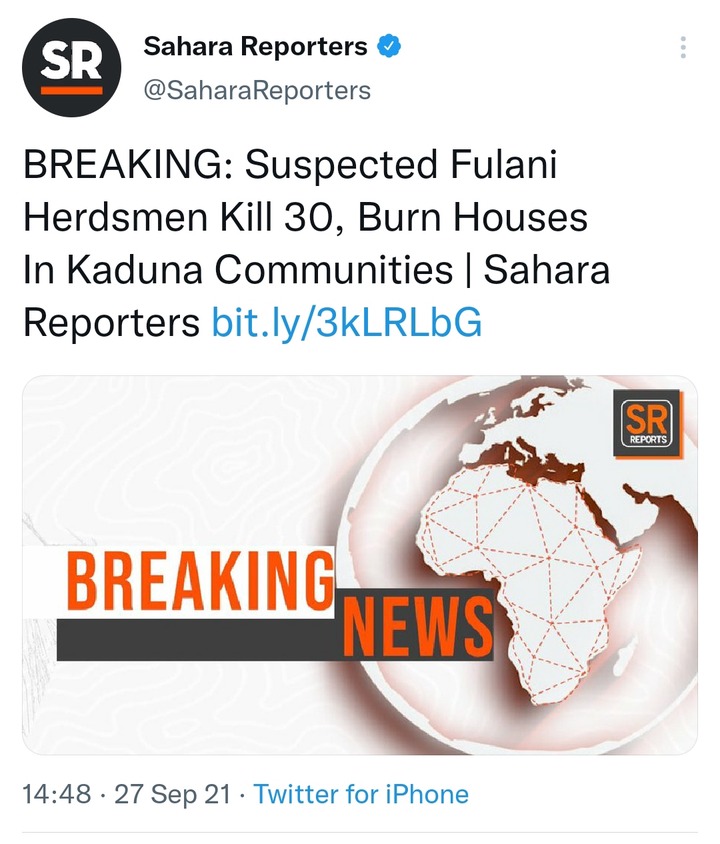 At least 30 persons were killed at Madamai and Abun communities in the Malagun District of Kaura Local Government Area of Kaduna state on Sunday night.

Gunmen suspected to be Fulani herdsmen were said to have invaded the villages and fired gunshots indiscriminately.

"Some of those injured have been taken to hospital. Not less than 15 houses were burnt by the attackers who are suspended to be Fulani herdsmen," a source said. 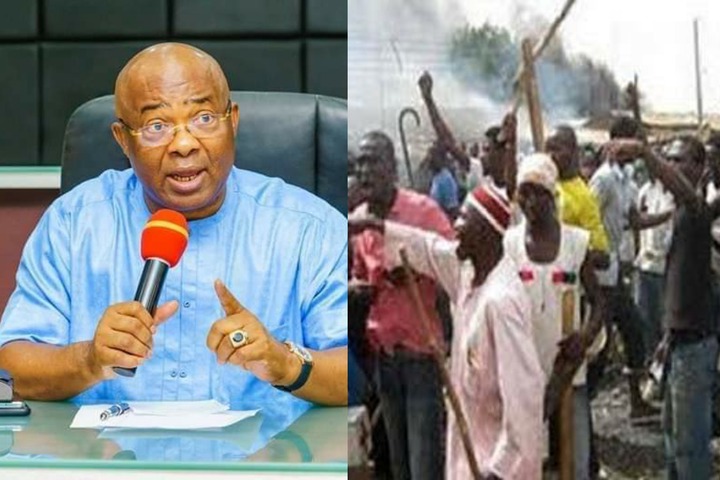 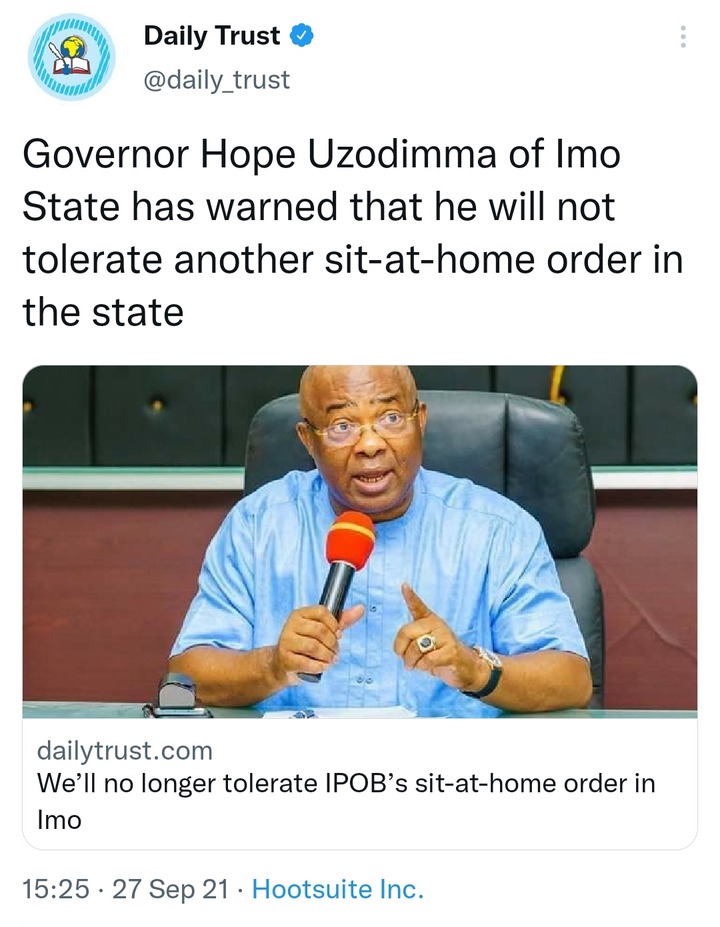 Governor Hope Uzodimma of Imo State has warned that he will not tolerate another sit-at-home order in the state.

Uzodimma, while speaking to newsmen in Owerri on Monday, said the order will not be obeyed whether on Monday or any other day.

He advised the people to go about their legitimate businesses without fear of molestation.

He expressed sadness that some people were ignorantly obeying the order at the expense of their own existence. 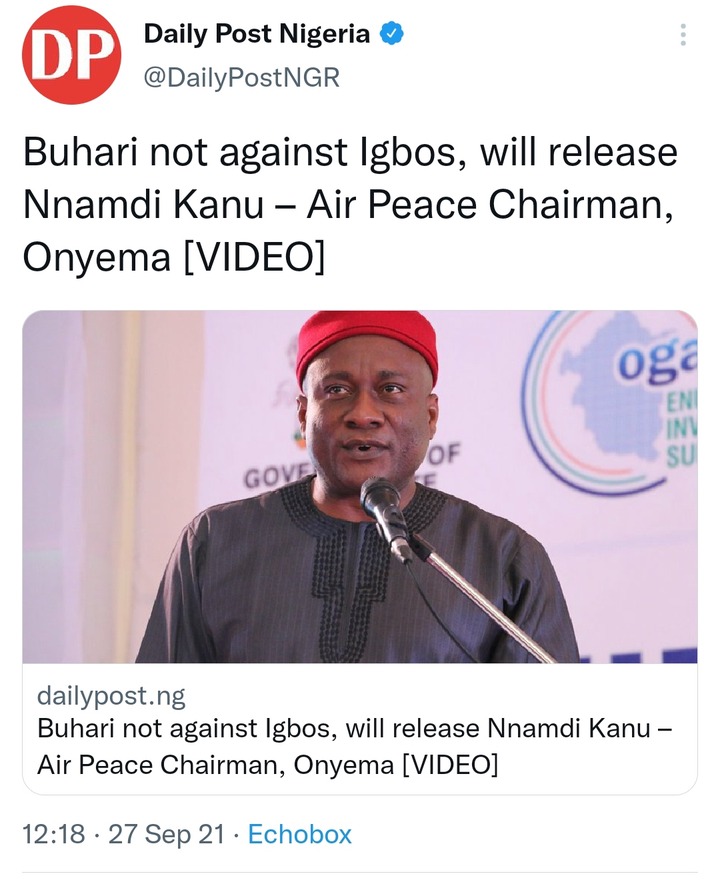 The business mogul spoke at an event in Lagos over the weekend.

Onyema stressed that the president is not against the Southeast.

Insecurity: Nigerian Army moves weapons into Abuja ahead of October 1 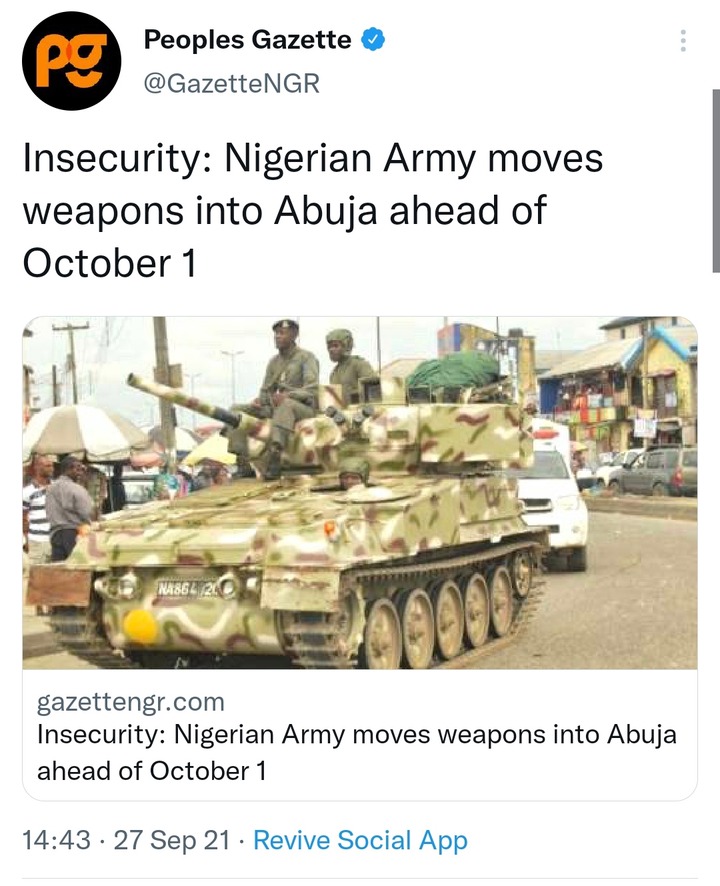 The Nigerian Army has urged residents of the Federal Capital Territory (FCT) not to panic as it moves heavy military equipment across the capital ahead of Nigeria’s 61st Independence celebration.

Mr Usman said there would be movement of heavy military equipment into the FCT and environs, adding the equipment would be used during the Independence Day celebration on October 1. 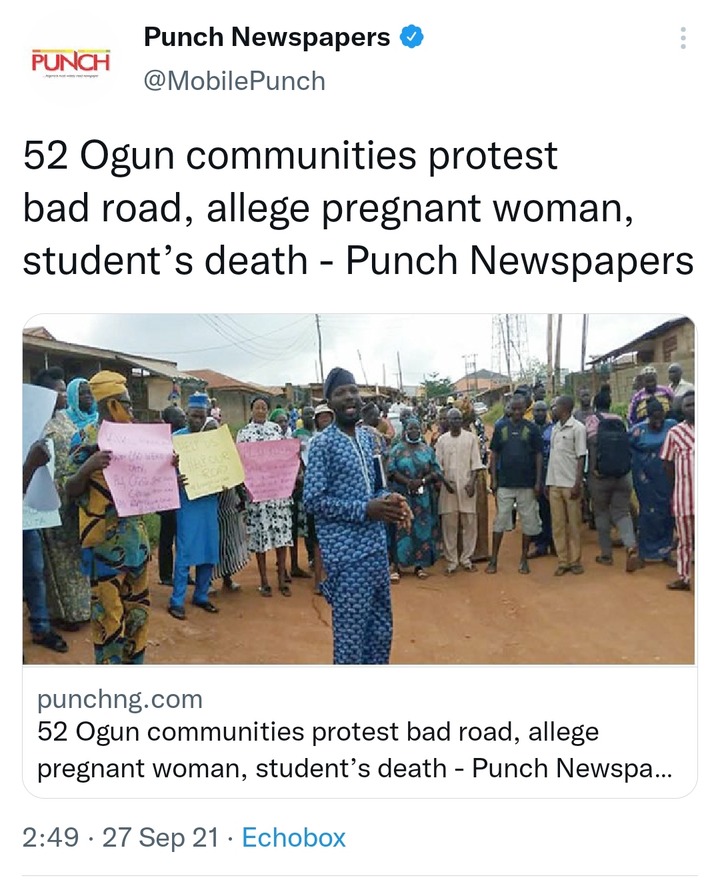 Residents of 52 communities in the Olokuta area of Abeokuta, Ogun State, have protested against the poor condition of their major access road which recently claimed the lives of a secondary school student and a pregnant woman.

PUNCH Metro gathered that the student, identified as Ishie Ijeomaka, was killed on his way home last Wednesday by a truck driver who lost control of his vehicle.

Scores of residents from Eruwon Laloko in Olokuta, the host community of the Abeokuta Standard Gauge Train Station, expressed displeasure at the condition of the road.