By Bleedingpen (self media writer) | 8 months ago

Governor Zamfara state has directed the immediate closure of some major market in the state in order to fight criminal activities within the state. In a statement Released by his media aid, Alhaji Ibrahim Magaji Dosara, stated that the Zamfara State Governor, Dr Bello Mohammed has decided to take a step after the recent attack on one of the major local government by bandits. 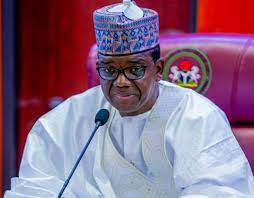 The Spokesman said the governor decided to close down 4 major market in the state in order to prevent further attack on the market by bandits and that the market closure will help to limit the activities of bandits in the state. He said the governor has given the security Operatives the opportunity to ensure that the government's order is obeyed and any one found going against the order will be punished.

Lastly, the spokesman said the governor's order was to make the people remain in their house for some time because the bandits could attempt to attack the market and the Government Would not want that to happen. Therefore, they have to remain in their house for now while the government try their best to investigate the recent incident in Gusau local government and give support to the people who may have lost their businesses or relatives during the attack.