Greenfield University: We Are Working To Ensure The Release Of The Abducted Students - Presidency

The statement later enjoined Nigerians to join hands together irrespective of their religion, political and cultural differences to put an end to insecurity ravaging the nation. 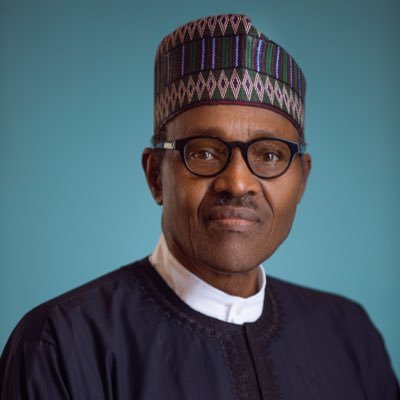 The Nigeria presidency has said it's working to ensure the release of the abducted greenfield university students. This is made known by Bashir Ahmad, media aide to the Nigerian president, Muhammad Buhari on Tuesday via his verified Twitter handle. 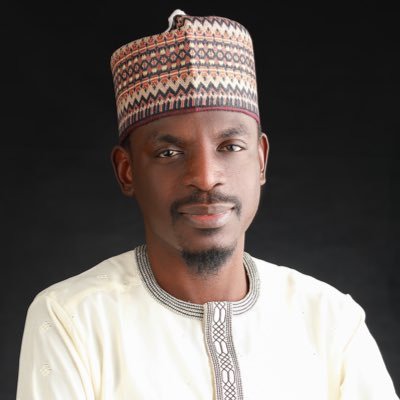 Taking to the platform, Ahmad revealed that the Nigeria presidency is deeply sharing the anguish of the parents of the abducted Greenfield University Students. He noted that the federal government has been working collectively with Kaduna state government through the military and other intelligence agencies to ensure that the students regain their freedom and no innocent life is lost again to the tragic incident. 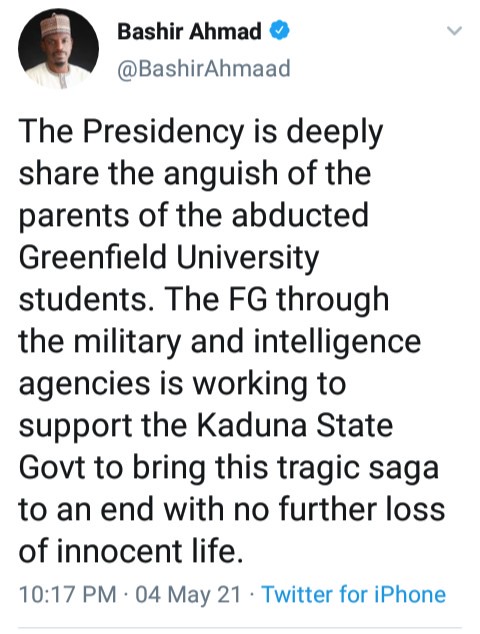 The last part of the message also enjoined Nigerians to leave aside their political, religious and tribal differences to fighting the enemies of the country who have not only become a threat to the nation but also to humanity.

The greenfield university students were abducted by bandits suspected to be Boko Haram insurgents. About five of the students were killed by the bandits when the Kaduna state government was unable to meet their demands. The abductors have also threatened to kill the remaining students if their demands aren't met again. They demanded N100m and 10 new Honda motorcycles.

Meanwhile, the state governor, Nasir El'Rufai has said he could not pay any ransom to bandits. But his stance on the matter as the bandits threatened to kill the rest of the students is unknown at the time of filing this report.

Many Nigerians have also called on the federal government to find something done swiftly to rescue the remaining students from the captivity. With this development some people staged a protest against the incessant abductions of students. 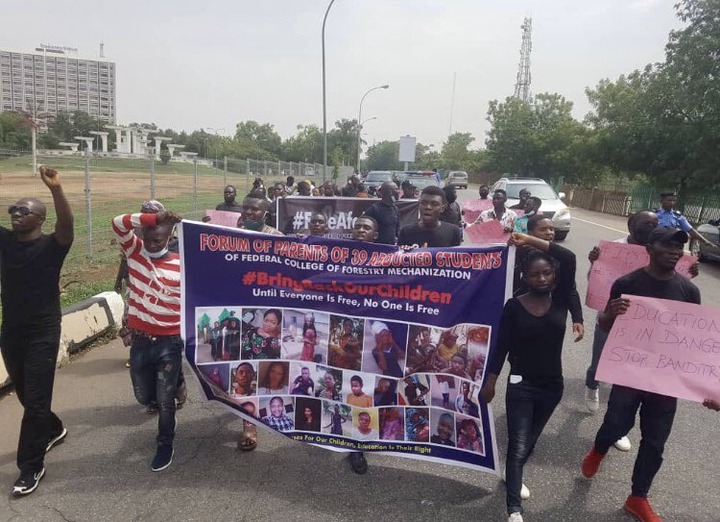 Opinion: One Record Fayemi Holds That Makes Him Seems More Influential Than Tinubu

8 Things Strong Women Will Never Tolerate In A Relationship