It is quite becoming a worrisome development in the nooks and crannies of our nation over unending reports of randy young and old men who are in the habit of taking advantage of young girls to molest and defile them with the attendant serious health implications of such acts.

Almost on a daily basis, the media space is awash with reports of men, some as old as 60 years or more, taking undue advantage of young girls and teenagers, some of whom are as young as three years old, to have carnal knowledge of the innocent girls. 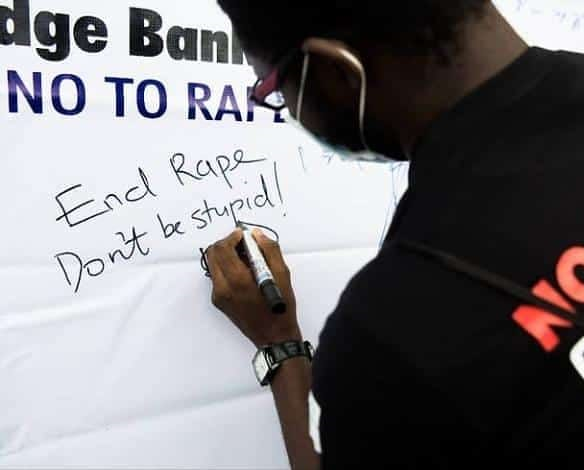 Some of the actions of these men have led to permanent deformation of the young girls while some have developed psychological trauma that may be with them for the rest of their lives as the men sometimes lured the girls with some goodies so as to have their ways with them.

Available reports which I gathered from the News Agency of Nigeria (NAN), an online news outlet, showed that between Thursday, October 14 and Friday, October 15, no fewer than seven cases of defilement were reported with the culprits being dragged to various courts.

For example, according to reports, a 25-year-old man, Dahiru Ahmad, on Friday appeared before a Chief Magistrates’ Court in Kano State for defiling a 16-year-old girl.

The court was told that the man committed the offences at Sheka Quarters, Kano, around 10:00 a.m. when he forcefully defiled the 16-year-old girl (names withheld). 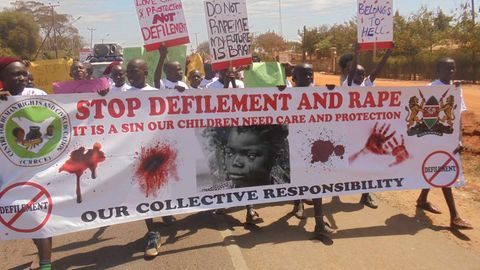 Also on Friday in Ado Ekiti, Ekiti State, a 21-year-old man, Oladele Ojo, who defiled a four-year-old girl, was ordered by an Ado Ekiti Chief Magistrates' Court to be remanded in the Correctional Centre over his act.

It was gathered that Oladele Ojo defiled the four-year-old girl when he lured her into his room after giving her sugarcane in Araromi, Igbesi-Ekiti. The noise of the girl was said to have attracted neighbours who apprehended the man and handed him to the police.

Again, in Kano on Friday, a 40-year-old man was brought to court for defiling the 10-year-old daughter of his neighbour after he was said to have lured the girl into his room and inserted his fingers into her private part.

The man, whose name was given as Mohammed Bamanga, who resides in Sharada Quarters, Kano, was on Friday docked at a Chief Magistrates’ Court in Kano after he was said to have lured the neighbour's daughter into his room around 8:30 p.m. and defiled her. 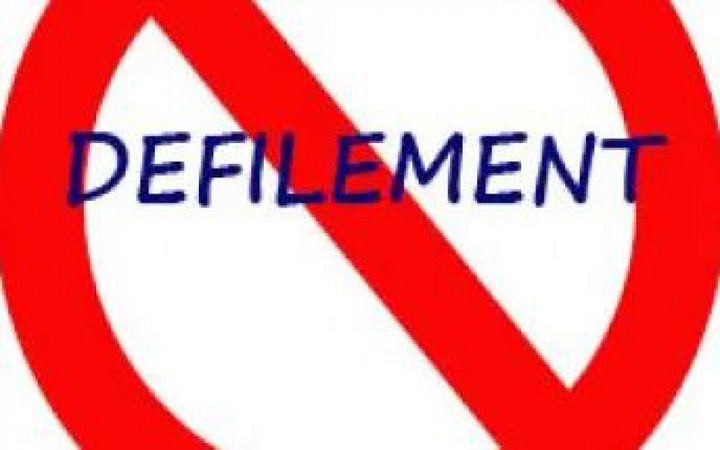 On Friday in Jos, the Plateau State capital, a 42-year-old man, Jacob Joel, was accused of defiling an 11-year-old girl who is a friend of his daughter in his room when the girl came to visit her friend.

It was gathered that when the girl was leaving after she did not meet her friend at hi=ome, the man dragged her into his room, threatened her with a knife and eventually defiled her. However, the cry of the girl attracted the attention of passers-by who apprehended the man at home and handed him to the police.

On Thursday, October 14 in Ibadan, the Oyo State capital, a 54-year-old man was brought to the Iyaganku Magistrates' Court for defiling his neighbour's seven-year-old daughter at his residence, Number 45, Joyce B Road, Oke Ado.

It was gathered that the man lured the girl into his room around 3:00 p.m. and defiled her. However, the mother of the girl raised the alarm the second day after discovering that her daughter was crying when she was washing her private parts.

The girl was said to have confessed to her mother that the man defiled her after giving her some amount of money. The woman raised the alarm, prompting the arrest of the man by the police.

Also on Thursday in Abeokuta, the Ogun State capital, a 27-year-old man who defiled two teenage girls entrusted in his care by their parents was sentenced to 14 years imprisonment by an Abeokuta High Court.

The man, Jeremiah Edet, who committed the act in the Magboro area of Ogun State, was sentenced by Justice Mosunmola Dipeolu who found him guilty and expressed surprise that the man would go to the extent of defiling two girls of the same parents who were put in his care when the parents went for church activities.

These and many more, both reported and unreported, are what is giving many people serious concern about the level of decadence the society has descended as it seems the randy men are on the prowl, taking advantage of innocent girls to defile them.

There is no doubt that governments at various levels need to be more proactive in handling cases whereby young and old men continue to defile young girls and teenagers before the situation becomes an epidemic.