By UniqueGracee (self media writer) | 5 months ago

There are alot of mentally unstable Women living on the streets with their kids. Most of these kids are exposed to harsh conditions that are harmful, it is up to the Government to provide better shelter for those kids while taking care of the parent.

A Woman who is described as being mentally unstable have been tied up after she attacked people with knife. The woman lives under the bridge located at Awolowo way, Ikeja, Lagos. She recently attacked one kick against indiscipline officer (KAI), she removed the buttons from his uniform and gave him several punches then she proceeded to tear his uniform with her knife. 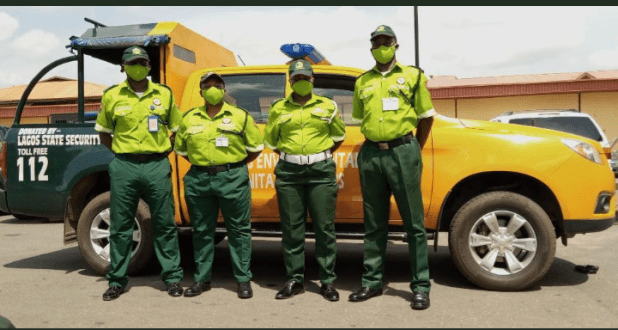 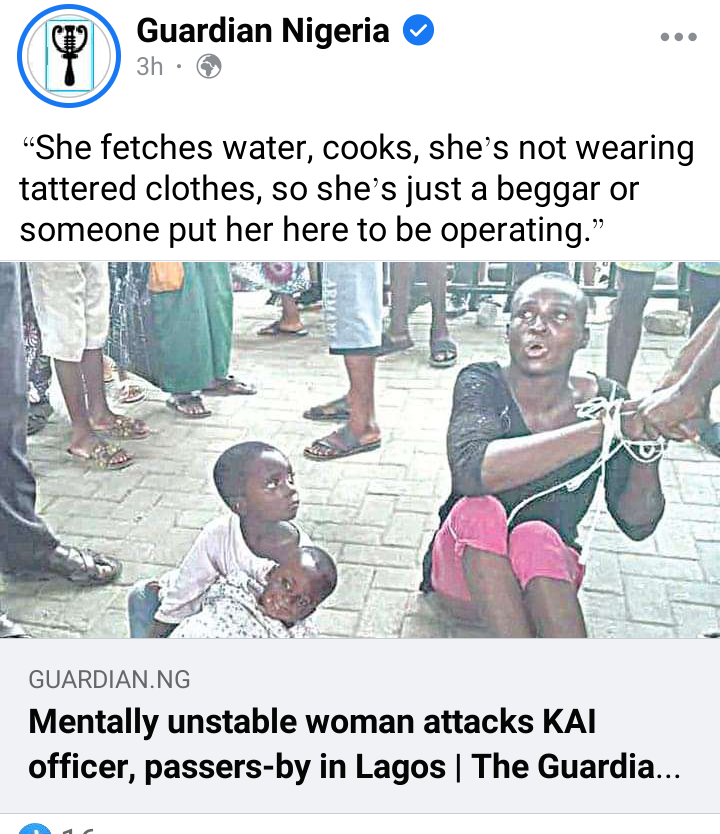 The mentally unstable Woman has two sons and they both live with her under the bridge. The Woman normally cook, fetch water, sleep and also have her bath under that same bridge. The woman doesn't wear any dirty or tattered clothes either and she is not mad. She just looks like a beggar that was placed at that spot by some people so she can operate. 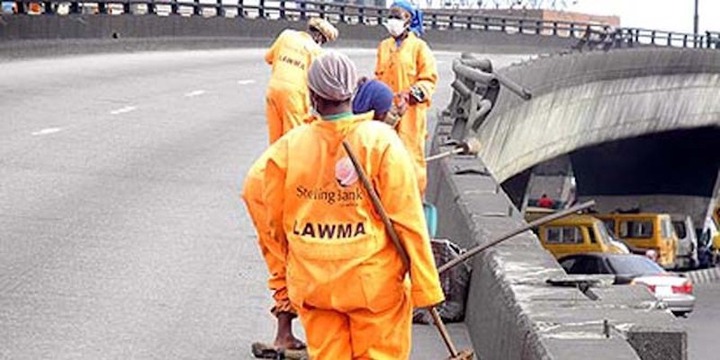 Alot of people testified to being attacked by the said Woman many times. One of the staff of the Lagos State waste Management Authority (LAWMA) that works around that area also testified. She revealed that the said Woman have also attacked her many times, she makes sure to avoid any area the mentally unstable Woman was found due to fear of being attacked.

Even some Police Men that works around the area said that the same Woman is fond of insulting and abusing the officers. They had to tie her up after she attacked one of the officers in the area.

Picture of the mentally unstable Woman and her kids 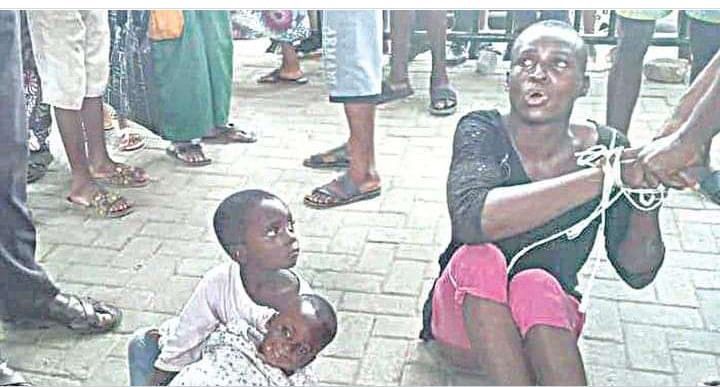 According to one LAWMA officer, the Woman used to live around the general hospital but they sent her away from there. She was chased away because she was causing too much trouble in the area and she was also fighting with people. The Woman moves around with 2 knives that she makes use of to attack people.

One of the LAWMA supervisor Identified as Adebisi Adedeji explained that the Woman have been attacking his people for a while now, he said that the time has come for her to be evacuated from that area. He is trying his best to ensure she is removed permanently from that Bridge.

Since the Woman is not actually Mad, she should be evacuated from that place immediately. If she has a mental illness she can be treated by the Government instead of being left on the street. Her two sons need to be taken away from her for their own good, they do not deserve to go through such hardships. The boys are too young to be living under that cold bridge.

The Lagos State Government need to step in and help the Woman and her children out. Those little boys should be take to an Orphanage where they will be taken care of properly. This doesn't mean that the Mother will not be reunited with her kids, they will just take care of the boys for the mean time. Government should provide help for the Woman so she can get well, after her recovery her kids will be handed over to her.