Lagos is not planned well to avoid okada riders. People live there with porous roads; one-lane roads divided into two that hamper traffic movements that delay passengers for hours and motorists to have attempted to forsake their vehicles on the roads. With these roads are the Okada riders, that go through every little space that is opened on the road, brushing vehicles and causing accidents. But those Okadas' passengers are not ghosts, they are humans with businesses and others. 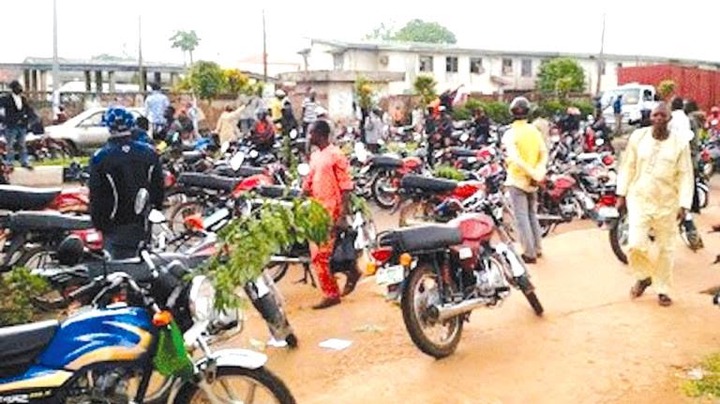 People that live in Lagos know that the Okada menace is on the verge of a malignancy. In 2014, Lagos had contained okada virulence. In a few places where they could ply, they used helmets and reflective vests religiously. Thousands and thousands of okadas were seized. Then 2015 came and Fashola played politics, it seemed they needed the votes of the okada riders and let them in and free. They returned wild.

Now operating outside the law, they had no use for number plates, headlamps, vests, and helmets. Lagos said it would contain them, but it failed. When Sanwo Olu came, he came with the failed Ambode promises. He has tried to cage the okada people. But since Endsars, hoodlumism has ruled, and okada people, street urchins, area boys all feel emboldened, entitled to ruin Lagos. There are no commercial okada people in all major cities in this country Enugu, Owerri, Kaduna, Kano, Maiduguri, PH, etc.

All okada riders have now relocated to Lagos and in Lagos, they obey no rules and regulations. In Lagos, they are determined to punish law and order. Yesterday, they murdered a police CSP. Read report here. In Lagos, okada riders now carry weapons. The Lagos governor must stop the okada menace by hook or crook. Insecurity in other parts of Nigeria has forced many down south, Lagos is the first destination, then remnants choose other Southwest states.

In most streets of Ibadan today an average okada rider is either from the North or middle belts. Some Southeasterners are migrating to the Southwest because of the general peaceful co-existence. Federal and state governments must ensure peace return to their states to curb this menace. Containing okada in Lagos requires additional efforts. Lagos State must wade big stocks now before things get out of hand.