By LuckyGuy01 (self media writer) | 3 months ago

Four persons have been confirmed killed in fresh attacks on Tuesday evening by suspected Fulani herdsmen in Bassa LGA of Plateau State. 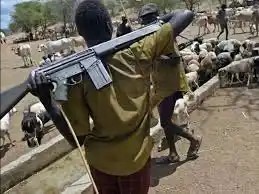 The National Publicity Secretary of Irigwe Development Association (IDA), known as Mr Davidson Malison, who confirmed the attack to New Telegraph on Wednesday morning in Jos, the state capital, States that the attack took place around 6:50 pm.

Mr Davidson Malison also added and said that "around 6:50pm, three persons on a motorcycle were ambushed along Twin Hill Road, Jebbu Miango, Miango District of Rigwe Chiefdom, Bassa LGA. Two of them were killed instantly while one survived with gunshot injuries. They were on their way from Jebbu Miango to Miango community when the attack occurred.And their motorcycle was also set ablaze.

He said, "that same evening, two persons were killed on their farm in Nzhwerenvi, Jebbu Miango".

The Plateau State Police Command is yet to confirmed the attack's by those suspected Fulani Herdsmen.

Content created and supplied by: LuckyGuy01 (via Opera News )