After a murder suspect was released, see what Police in Rivers State did to him again

Anyway, Police in Rivers State has rearrested a suspected killer of a top paramount Ruler in the State after he was released following the advise from the Director of Public Prosecution (DPP). 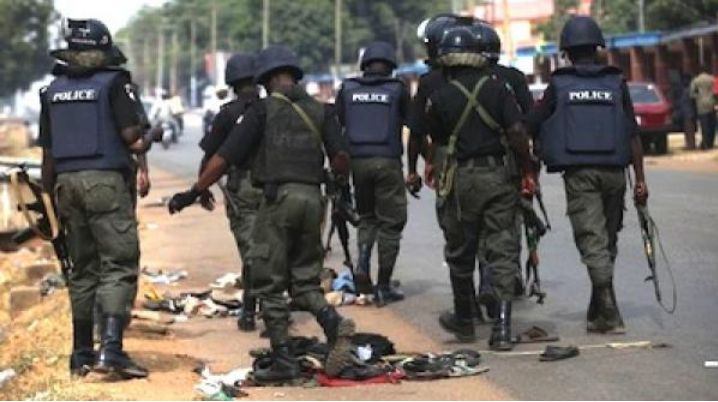 According to information made available by a Port Harcourt based radio station, the Police in Rivers State had rearrested a suspect, Kosi Tigidan, who was freed following the legal advice of DPP in the murder case trial.

It was learnt that the Police in the State rearrested Tididan after he was implicated for partaking in the murder of the Paramount Ruler of Zakpo in Khana Local Government Area.

The radio station, Nigeria Info reports that Kosi Tigidan was implicated after two of his accomplices indicted him in their confessional statements for allegedly been among two others identified as Dele Parako and Ledaa Deeyaah who were already sentenced to death by hanging by a Rivers State High Court Judge in 2019 for conspiring and killing the Zakpo King, late Chief Friday Nwigbariato in 2005.

The radio station said the information was confirmed by a Senior Police Officer attached to the State Criminal Investigation Department, who said the suspect will soon be re-arraigned for murder trial.

Below is what the radio station posted on it social media page after it was confirmed that Mr. Kosi Tigidan was rearrested by the Police in Rivers State for being accomplice in the murder of the Paramount Ruler of Zakpo in Khana Local Government Area of Rivers State: 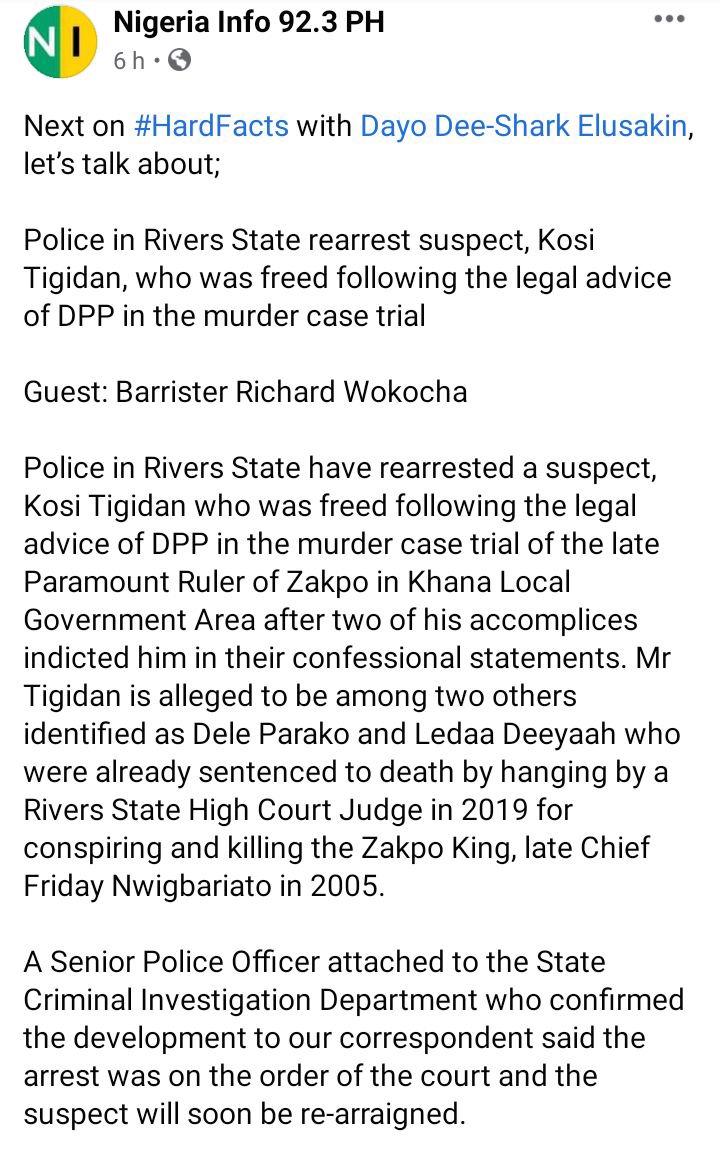 His rearrest has caused controversy among some residents of the State who called in into the program of the radio station. Some said he shouldn't have been rearrested after he was released by the court while others are of the opinion that the Police did the right thing by re-arresting him.

What do you think concerning this story?

Do you think the police did a thorough investigations earlier before releasing him and later re-arresting him?

Actors Who Have Been Charged With Disturbing Crimes

Nobody is beyond depression-Check American Rappers Allegedly Struggling Through Depression