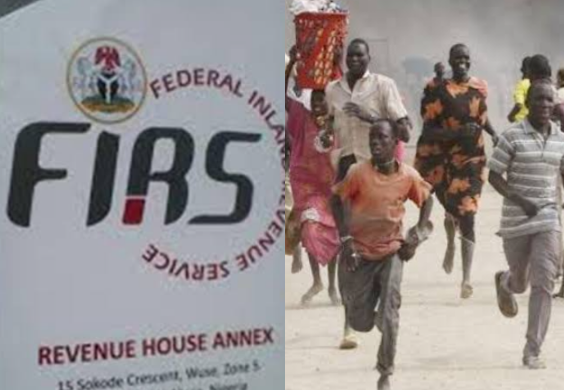 The Federal Inland Revenue Service (FIRS) has insisted that civil society organisations (CSOs) and other non-governmental organisations (NGOs) are not exempted from paying the value-added tax (VAT). 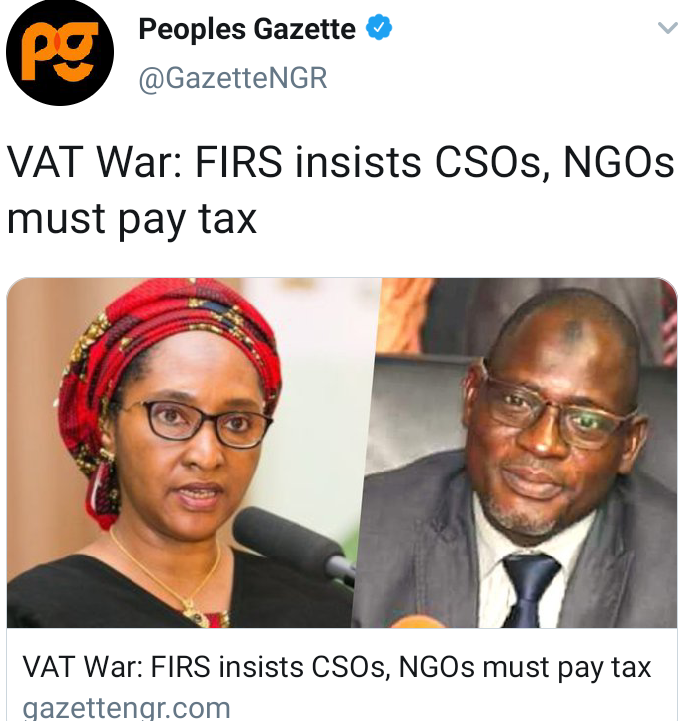 Temitayo Orebajo, a director at FIRS Tax Policy and Advisory Department, urged the organisations to register for tax purposes and obtain a Taxpayer Identification Number (TIN). 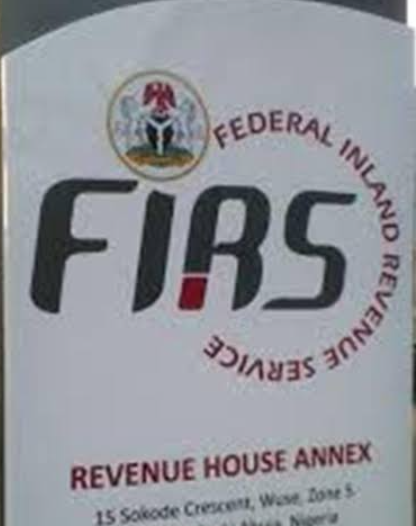 The FIRS boss’ submissions come amid ongoing contestation over VAT collection between the federal agency and some state governments.

Delta State Police Command has confirmed that at least one person was shot dead as violence erupted in Ughelli Kingdom in Delta State as the community observes its annual festival. 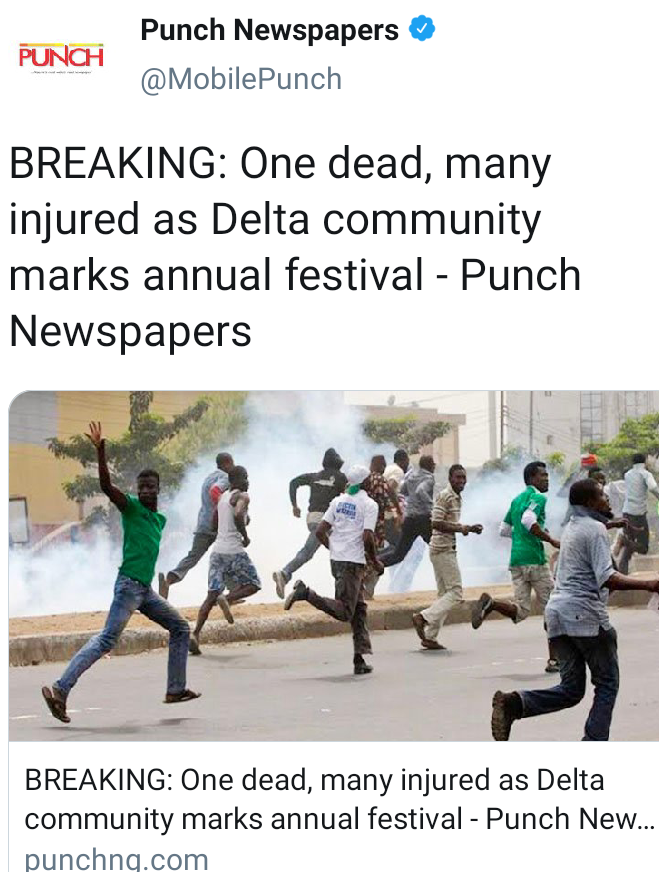 The PUNCH gathered that several people sustained varied degrees of injuries in the violence that erupted in Ekiugbo and Oto-Iwhreko communities on Thursday evening when some irate youths in the area reportedly resumed fresh hostilities, causing pandemonium in the locality. 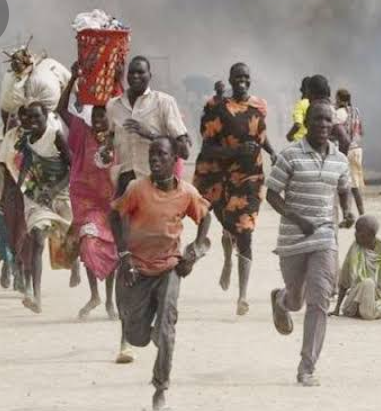 While confirming the incident to journalists, the Acting Police Public Relations Officer for Delta State Command, DSP Bright Edafe, insisted that it was one person that was killed and not two as being widely rumoured by locals.

Police in Jigawa State have arrested a 25-year-old man, Nasiru Muhammad for allegedly having sex with goat in Gwaram Local Government of the State. 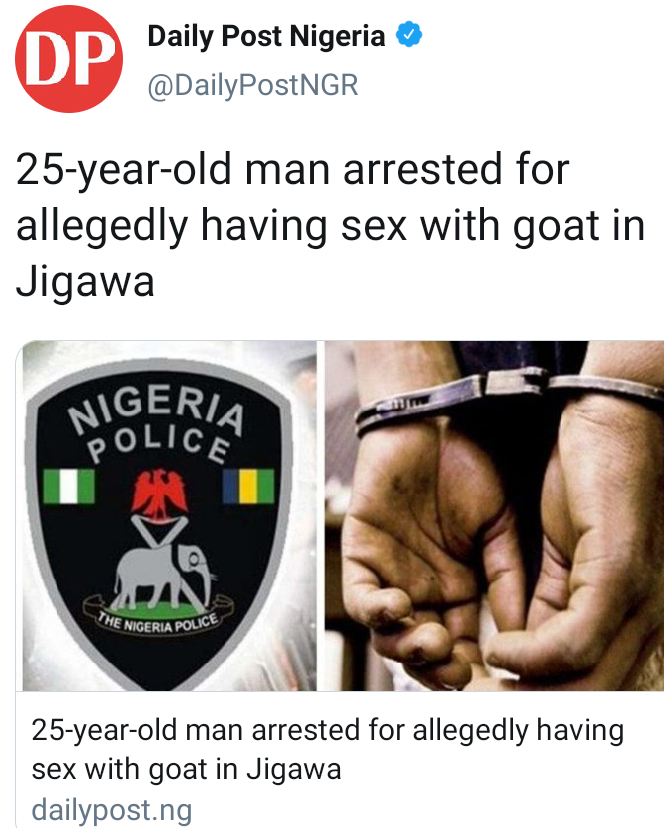 He said the suspect was arrested by policemen while on patrol at Kunnadi quarters in Gwaram town.

According to him “On 09/09/2021 at about 0100hrs, Police officers from Gwaram divisional headquarters, while on patrol within Gwaram and its environs, arrested a 25-year-old man, Nasiru Muhammad of Kunnadi quarters while having intercourse with a goat.”

DELTA State Government, yesterday, revoked the multi-million naira contract for the construction of Asaba/Oko-Amakom/Oko-Obiokpu/Oko-Anala Road awarded in 2018 due to poor performance. 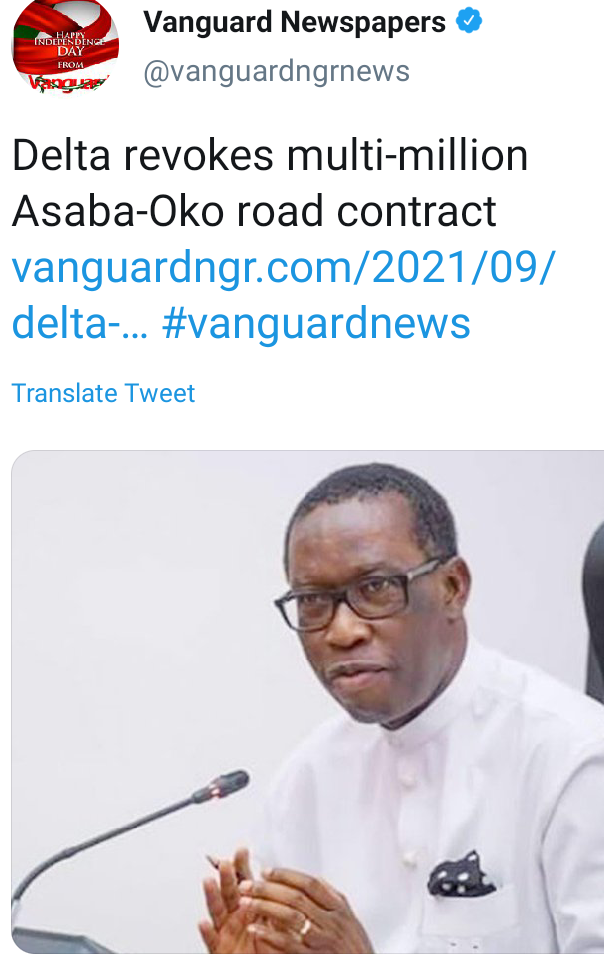 State Commissioner for Information, Mr Charles Aniagwu, who briefed newsmen in Asaba after the State Executive Council, SEC, meeting, presided over by Governor Ifeanyi Okowa, said the road transversing the Oko communities in Oshimili South LGA of the state has been a major challenge to the state government over the years, due to the peculiar topography of the area.

Aniagwu who was flanked by the Chief Press Secretary to the Governor, Olisa Ifeajika, said the contractor was not working in line with the speed expected by the government which necessitated the revocation.