Sunday Igboho gives reasons why he declined the Invitation from the IGP, read it below. 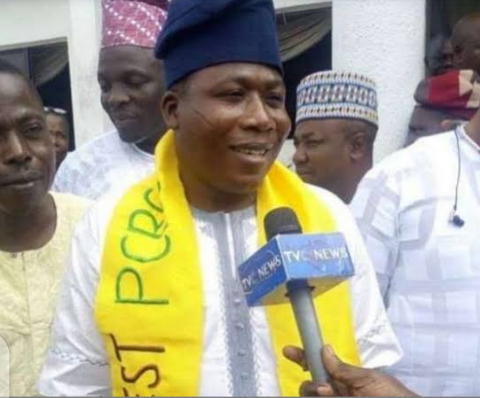 Activist and Freedom Fighter Sunday Igboho has revealed why refused to honor the Inspector General of police invitation, citing the example of how Dele Giwa was killed by letters sent to him.

In a statement released by Sunday Igboho’s media assistant, Olayomi Koiki, It was revealed to the press that 2 letters were sent on April 1st, 2023 to Igboho through a courier service, of which the second was accompanied by about 15 policemen.

According to Olayomi Koiko, both letters did not reach the intended destination, for some security reasons Sunday Igbohos Security Operatives could not receive the letters on his behalf for fear that it could probably lead to the same fate as with Yoruba Journalist, Dele Giwa. 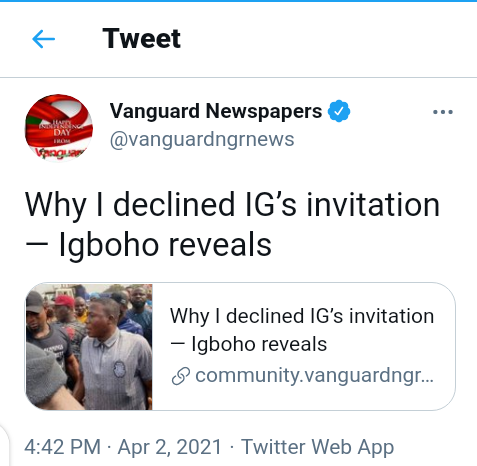 The statement read thus, “We would like to notify the international communities and all Nigerian that today the 1st day of April 2021, DHL brought a letter to Sunday Igboho but it was not received by his security teams.

“Another letter also came around 3 pm of the same day, a team of about 6 men with no uniform arrived in a car and 9 others in police uniform but all were identified as police officers.

“My Boss, Chief Igboho would like to know why and to what purpose was a letter sent. If the IG wants to invite him, we would like him to first send a letter to all the Boko Haram and all the Bandits killing our parents and farmers.

“Since the IG wants to invite him, he should make a publicly make an address to Sunday Igboho. We should never forget how letters had been previously sent to Yoruba sons like the late Dele Giwa.”

According to Kolki media, Sunday's refusal to receive those letters is because of Security reasons, 'once beaten twice shy,' says a popular adage.

What do you think about Sunday Igboho's refusal to honor an invitation from the IG of police of the whole federation? Comment below.