A combination of disregard for traffic rules and regulations as well as other factors were responsible for two accidents that led to serious damage to vehicles on Sunday, October 24, on the Lekki-Epe highway in Lagos State.

The ever-busy Lekki-Epe highway has increasingly become a stretch of road noted for incessant accidents due largely to disregard for traffic rules and regulations, leading to major incidents and, in some cases, death especially on various intersections on the road. 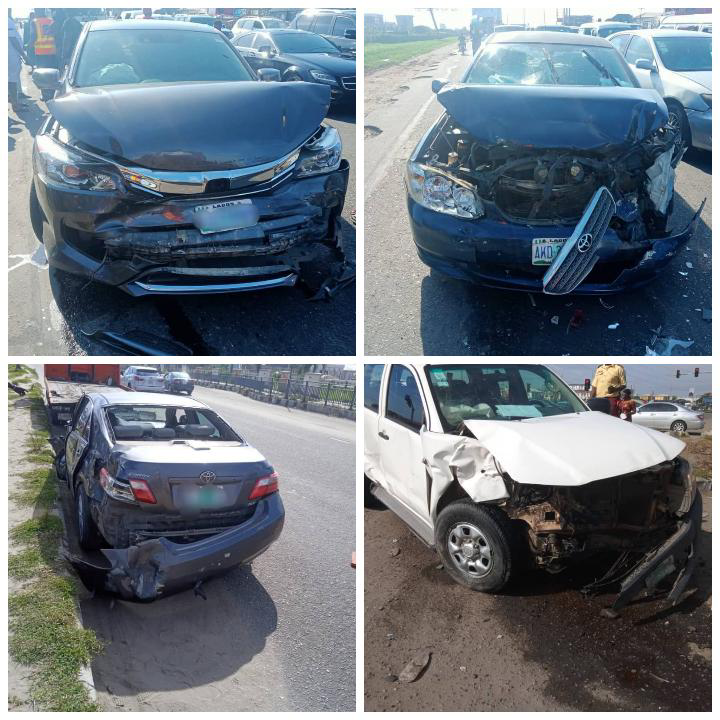 The four vehicles involved in the two accidents

Available information put together from the website and Facebook wall of the Lekki Concession Company, the company in charge of monitoring traffic situation on the Lekki-Epe highway, revealed that on Sunday alone, two major accidents occurred on the stretch of the road as a result of total disregard for traffic rules and regulations.

For example, on Sunday afternoon, there was an accident at Chisco area on the Lekki Phase 1 stretch of the expressway when the lone occupant of a Toyota Camry ignored a traffic light and in the process, rammed into an oncoming pick-up van, with the two vehicles seriously damaged in the process.

It was gathered that the lone occupant of the Toyota Camry, who was heading towards Ajah, decided to shun the traffic light on getting to the Chisco area and as he did this, he rammed into the pick-up van, causing damage to both vehicles.

While his Toyota Camry had its left side and the back bumper seriously damaged, the white pick-up had its entire front part including the booth damaged. The passenger door of the pick-up was also damaged as a result of the impact of the accident. 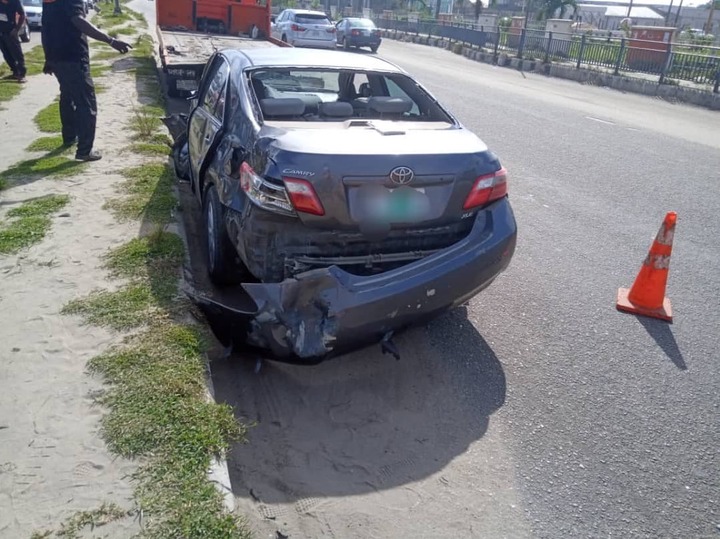 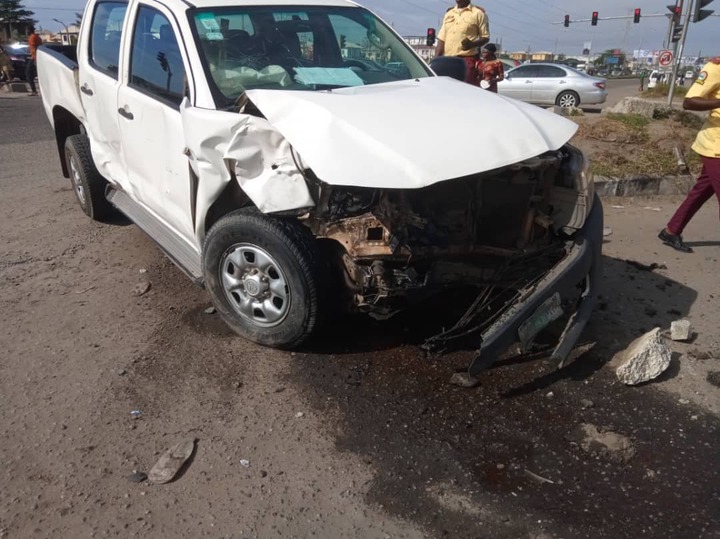 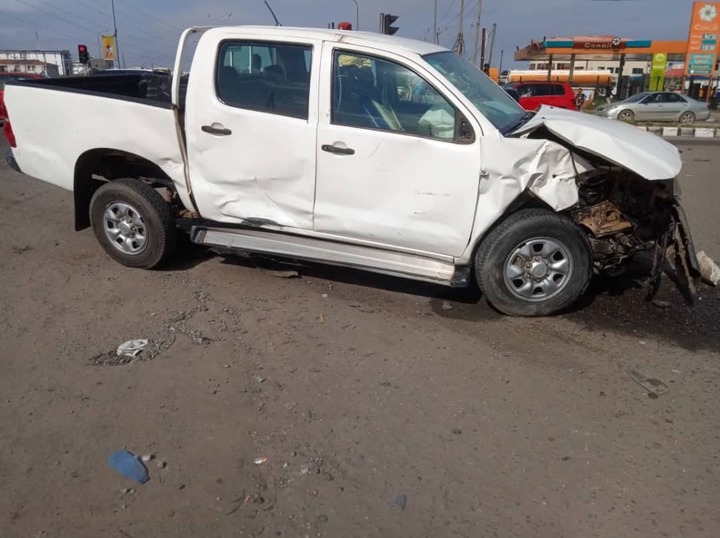 The accident at Chisco intersection area of the highway

Although there were no casualties as a result of the incident, the situation caused massive traffic gridlock on the ever-busy expressway just as officials of the Lekki Concession Company (LCC), the company in charge of managing traffic on the highway, made efforts to control the situation.

Also on Sunday evening around 5:00 p.m., there was another accident when a Toyota Corolla collided with a Honda Accord at the Ikate intersection of the Lekki-Epe Expressway due to excessive speed by the driver of the Toyota Corolla.

It was gathered that the lone occupant of the Corolla, who was on top speed, suddenly lost control of the vehicle, veered off its lane and collided with the oncoming Honda Accord, causing massive damage to both vehicles. 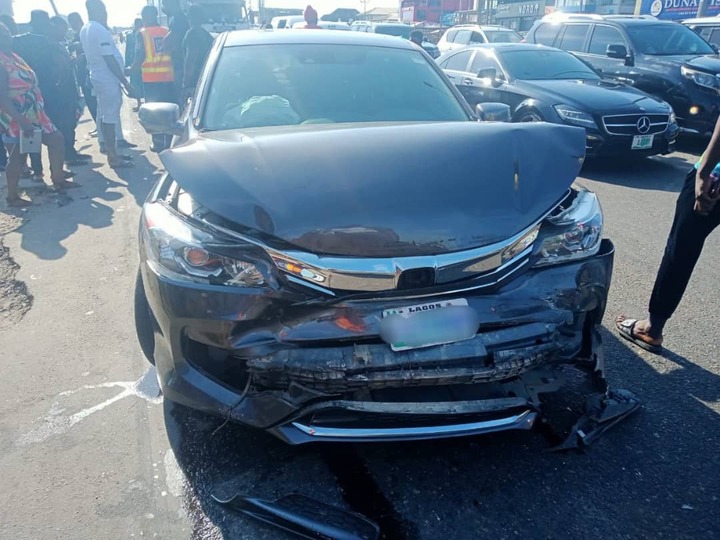 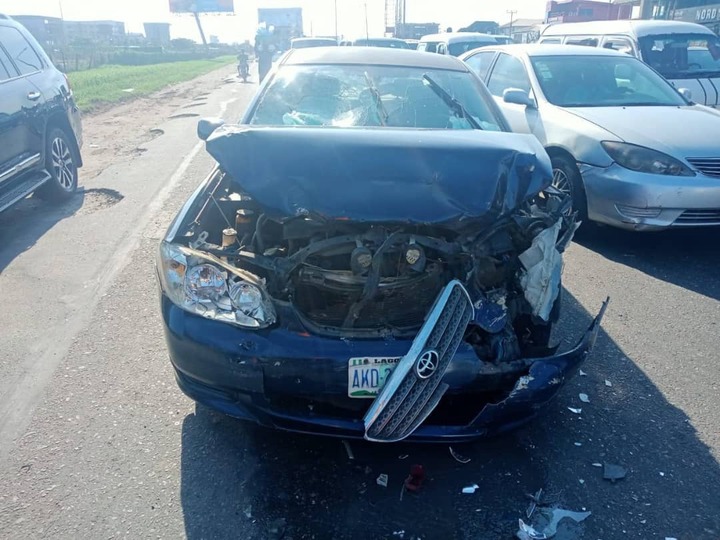 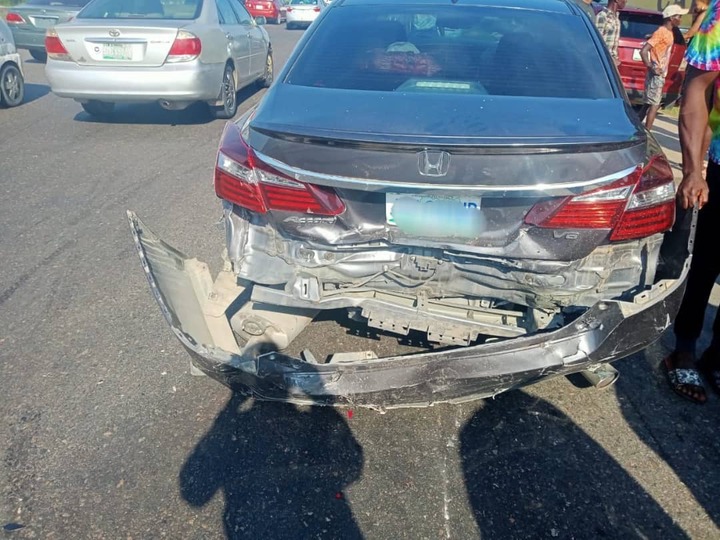 The accident at Ikate intersection on Sunday evening

Although there were no casualties as a result of the incident, the impact of the collision caused the Honda Accord to hit its back on the road median, causing it to also have its back bumper damaged.

There is no doubt that if the drivers of the vehicles that caused the two accidents on the ever-busy expressway had obeyed traffic rules and regulations, there is the likelihood that such accidents that led to massive damage would not have occurred on the road.

There is therefore the need for motorists and vehicle drivers to always exercise caution, especially when approaching intersections and they should also reduce their speed when driving on the expressway in order to minimise such type of occurrences.