By TalkiTalk (self media writer) | 7 months ago

It was gathered that 13-years Abdulkarim Mati was an errand boy for bandit chief Ardo Nashaware, who lives in Birni, Magaji forest in Zamfara State

According to the command's spokesman, Gambo Isah, Abdulkarim fled the forest were he allegedly killed the two bandits and was arrested by officers in his hideout

Abdulkarim Mati claimed that bandits kidnapped him from his parents under the pretense of assisting in the rearing of cows for his masters. According to Isah, instead, he was train on how to use AK-47 weapon and serve as guard for abducted victims

Abdularim Mati, who demonstrated skills in handling AK-47. He also confessed to have been bullied by some elderly bandits who provoked him and as a result, picked an AK-47 rifle and shot dead two of the elderly bandit's," Isah said 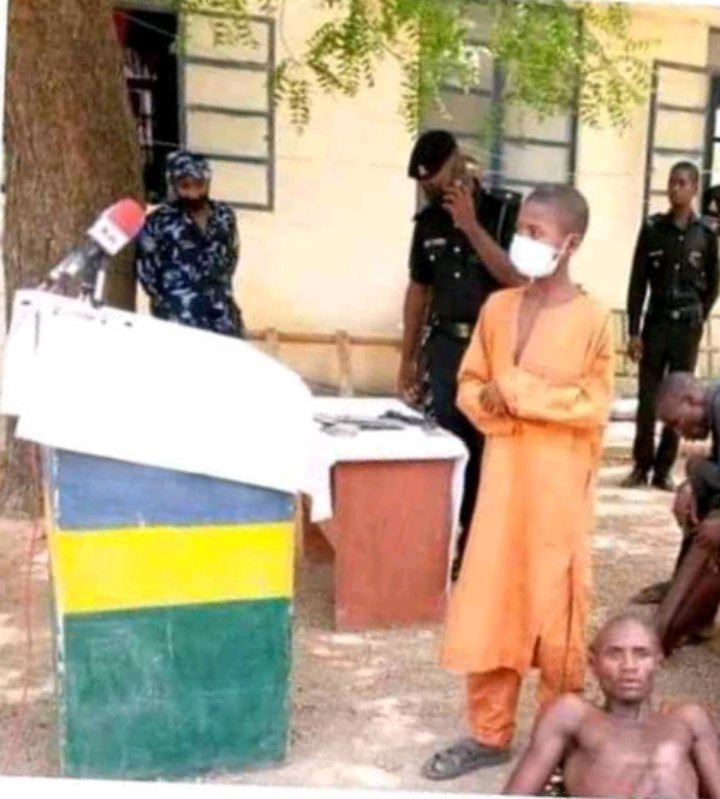 Whats your thought on this?