By Francisfr7 (self media writer) | 11 months ago

Recall that some days ago, it was reported that some students and staffs of Government Science College (GSC) Kagara in Niger State were Abducted by bandits.

Days after the abduction, it was also reported that a popular Muslim Cleric Sheikh Ahmad Gumi met with the bandits in a forest in Niger State and negotiated with them also appealing that they should allow peace to reign.

Hours after Ahmad Gumi negotiated with the bandits, People's Gazette reported that the students has been freed, adding that the federal government paid N800 million Naira For the Operation. 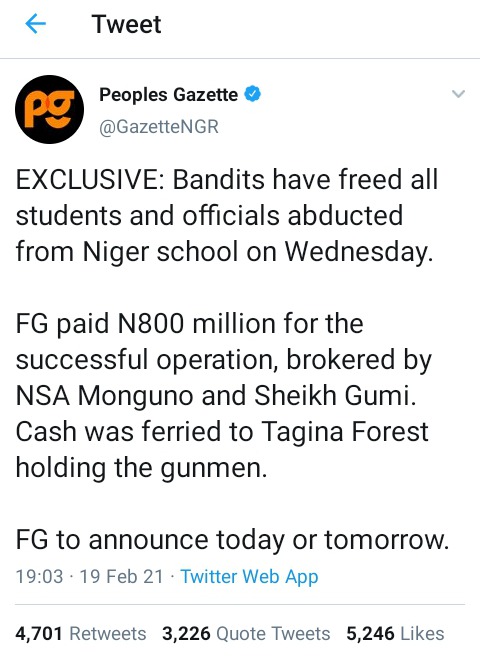 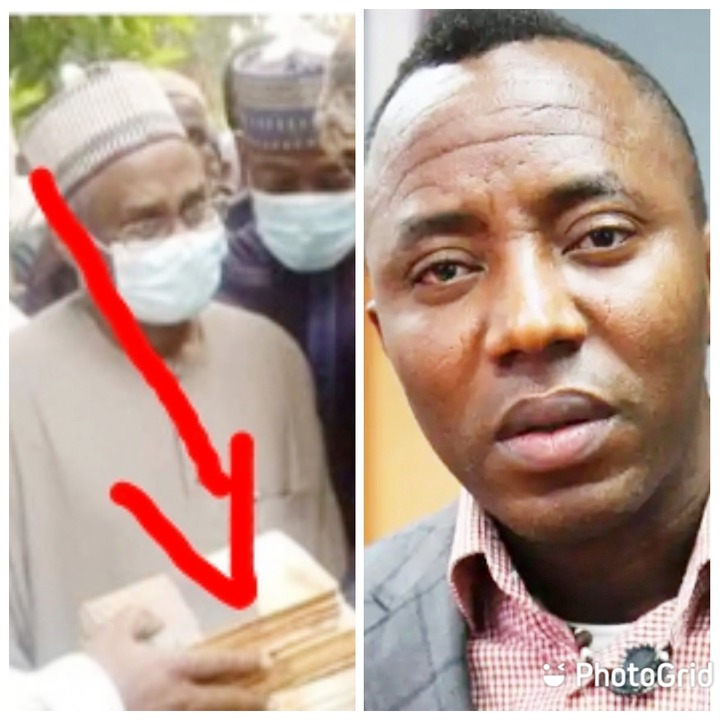 “N800 million for terrorists and bandits, but @Mbuhari can't find education such that ASUU had to go on strike for 9 months!”.

Reacting to the amount paid to bandits Sowore released another tweet, saying:

“Take of two countries: 63 obigbo residents spend months in detention on the suspicion that they participated in EndSars while blue blooded bandits are feted and just paid N800m as ransom for kidnapping school children not a single of them will spend a day in jail”, he said. 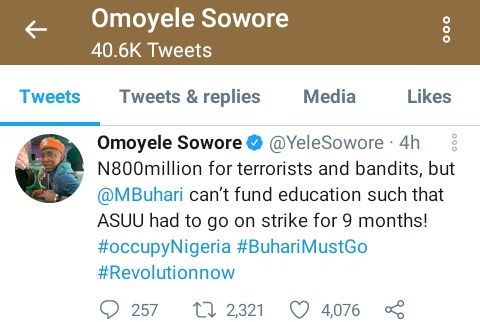 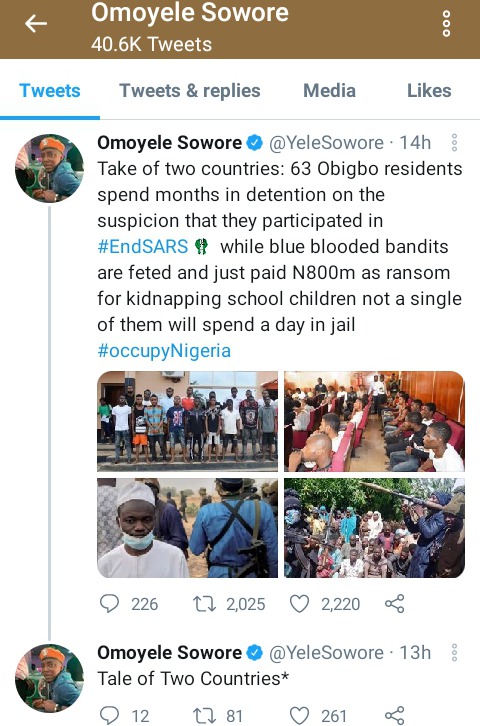 See some Reactions below: 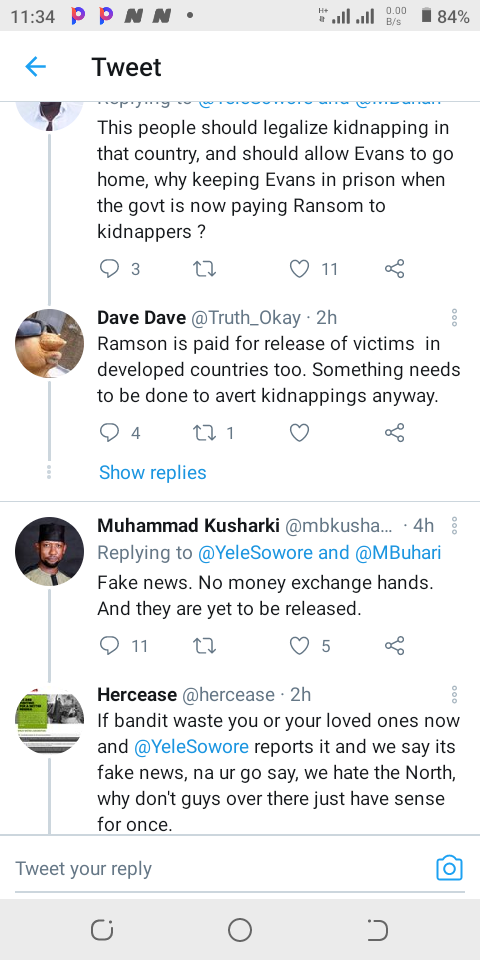 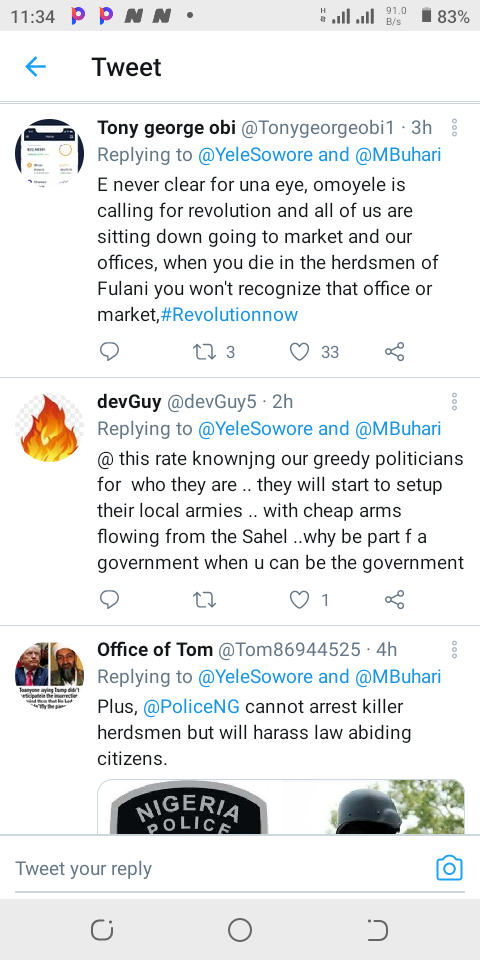 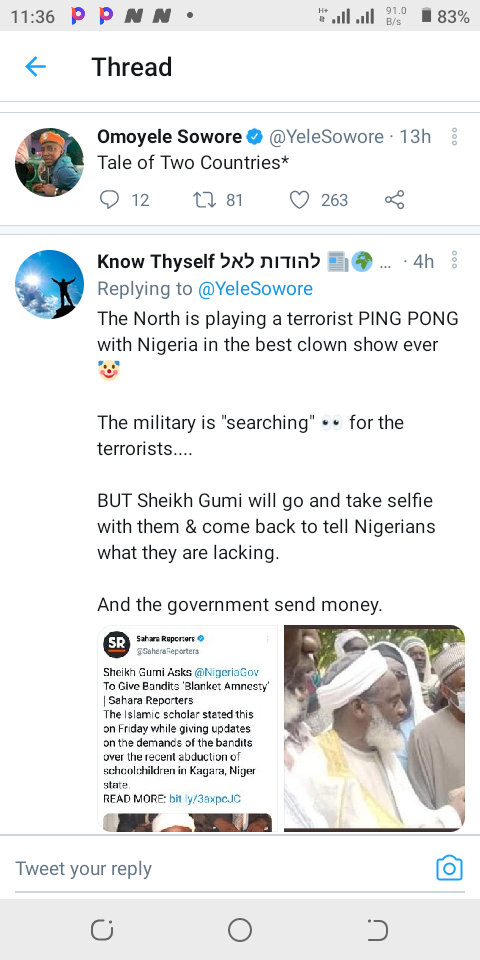 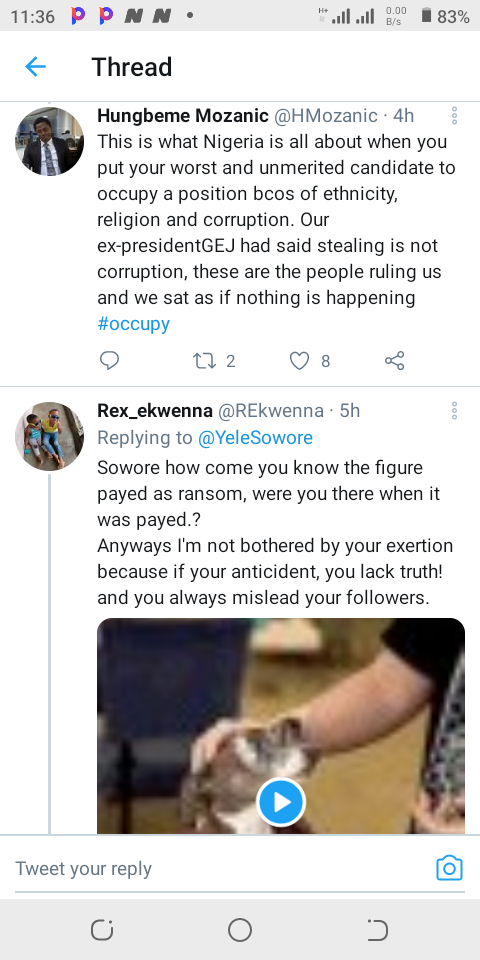 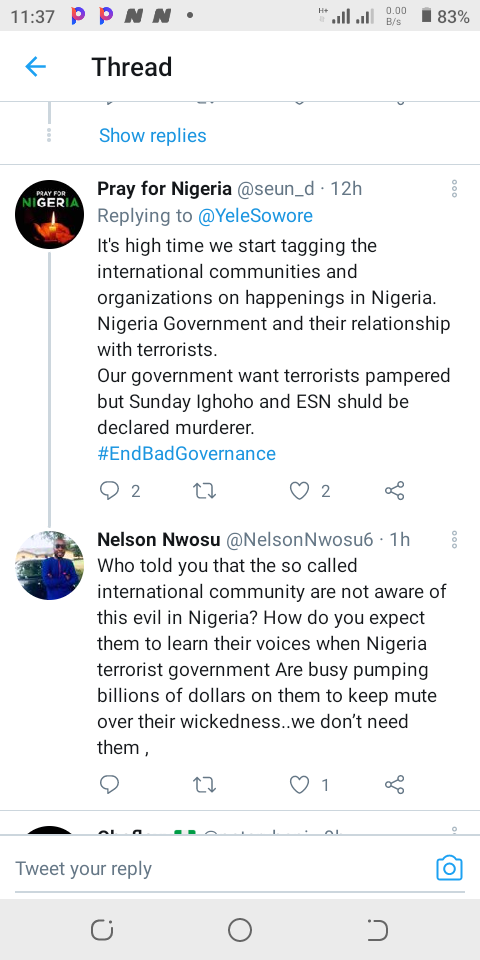