By politicalreporteronline (self meida writer) | 1 months

Crime Does Not Pay: This 25-Year-Old Will Spend The Next 24 Months Of His Life Span In Prison.

A graduate of a Nigerian University will spend 24 months of his productive life span in prison.

Olawale Oladapo is a 25-year-old graduate who took to crimes by defrauding unsuspected members of the public via a love scam.

According to the Economic and Financial Crimes Commission(EFCC), Olawale who appeared at Kwara State High Court on Thursday March 4, 2021 bagged 24 months in imprisonment by a judgement delivered by Justice Mahmood Abdulgafar over offence bordering on the internet fraud and love scam. 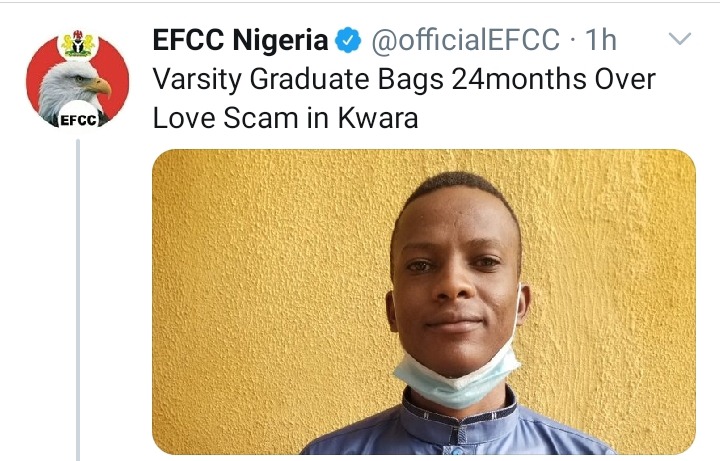 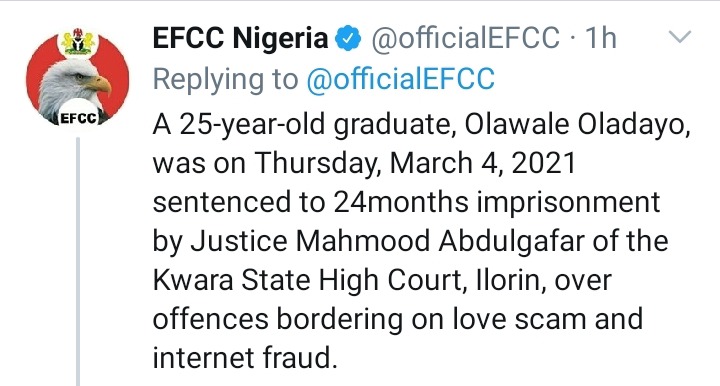 The 25-year-old graduate was brought before the Court on a four-count charge by the Ilorin Zonal Office of the anti-graft agency.

One of the charges levelled against him was that the culprit sometimes impersonated in July, 2020. He acted as a white female named Zenith Beuty Yart. He then went ahead to use the gmail [email protected] and deceived one Liu Minghao to send him sum of $300 via Ebay Gift Card. He therefore, committed an offence which is punishable under Section 324 of the penal code.

Olawale who first appeared in Court on Wednesday 3 March, 2021 pleaded guilty to the charge levelled against him by the anti-graft agency.

Due to his plea, the prosecuting cancel invited one detective Musa Sanni who is an investigator of the EFCC to take a review of the facts of the case.

The investigator disclosed how some citizens of Offa sent petition to his section on the activities of fraudsters in the area. He added that the defendant was arrested on September 20, 2020.

After Olawale's arrest, a search was carried out on his house where items like Honda Car, laptop and phones were retrieved. The investigator also tendered several email messages print out from the defendant's email inbox and the Court admitted it as evidence. 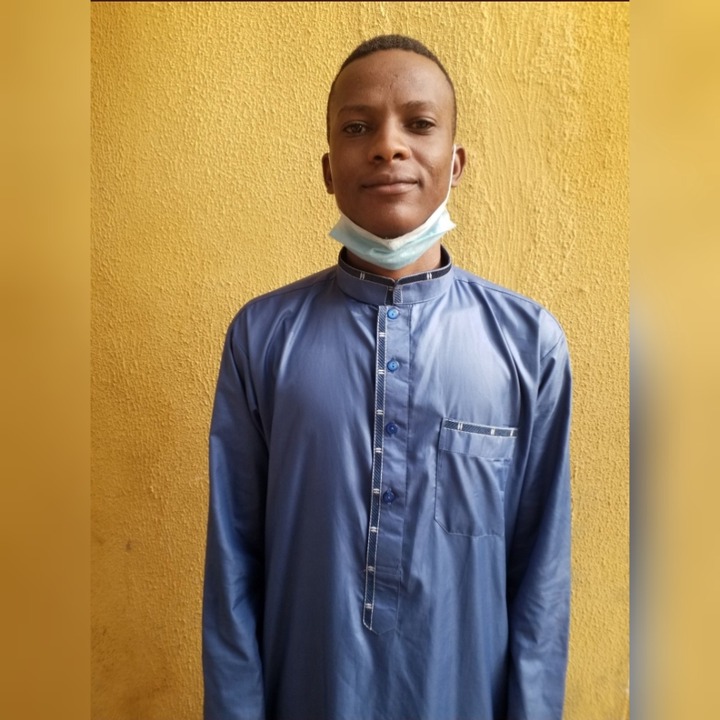 Having found guilty, the Court sentenced him to six months each of the four count charge, tallying 24 months. The Court also ordered him to pay $375, $200 and $75 to one Liu Minghao, one Johnny Soxnard and one John Tran whom he had defrauded in the past. 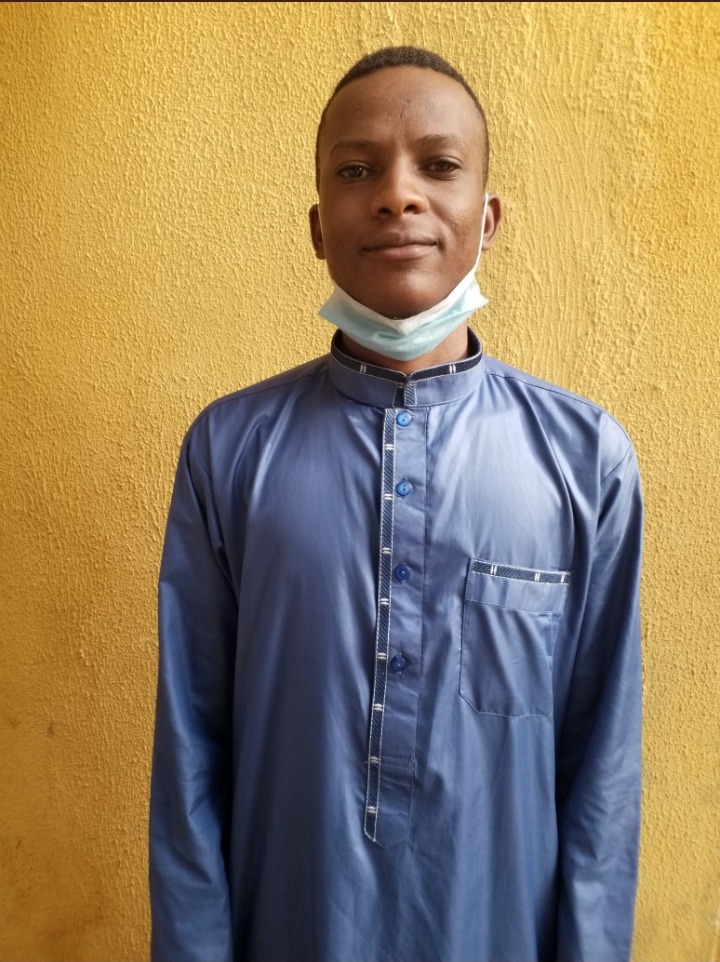 Olawale is also expected to report at the EFCC's office every week.

I hope this serves as a lesson to our youths that crime does pay, and they should say no to crime.

Professional Football Leagues In Africa And The Year They Began

We Are Ready For You ~ ESN, IPOB Tell Miyetti Allah

To celebrate Deyemi's birthday, See what AY and Toyin Abraham did in a live video for him.

Real Madrid were far ahead of Barcelona in most trophies won until Messi came, See the changes now.

Chelsea could announce the signing of 27-year old Real Madrid player in summer.