Another Police Station Was Attacked Today, See Photos Of The Damages Caused By The Assailants

For the past few weeks, there has been a surge in the rate which hoodlums attack Police Facilities. About two weeks ago, a Police Headquarter and Correctional Service in Owerri were attacked by unknown gunmen. The attackers razed the Police facilities by fire and it was gathered that at least 30 Police vehicles were set on fire during the attack which took place for roughly two hours. It was in that same attack that no fewer than 1, 500 inmates were set free by the attackers. There have been many cases of random attacks like this in the past weeks. 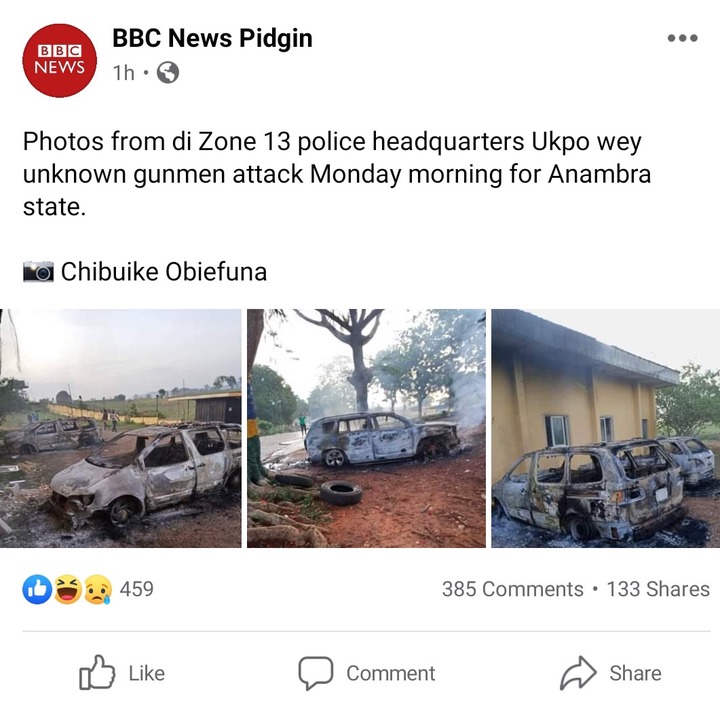 The report reaching us this morning from Sahara Reporters is that another Police Station has been attacked by hoodlums. According to this report, the attack happened few hours ago, in the early hours of Monday. The attackers stormed Zone 13 Nigeria Police Headquarters at Ukpo, near Awka in Anambra State and they caused a lot of damages before they fled. 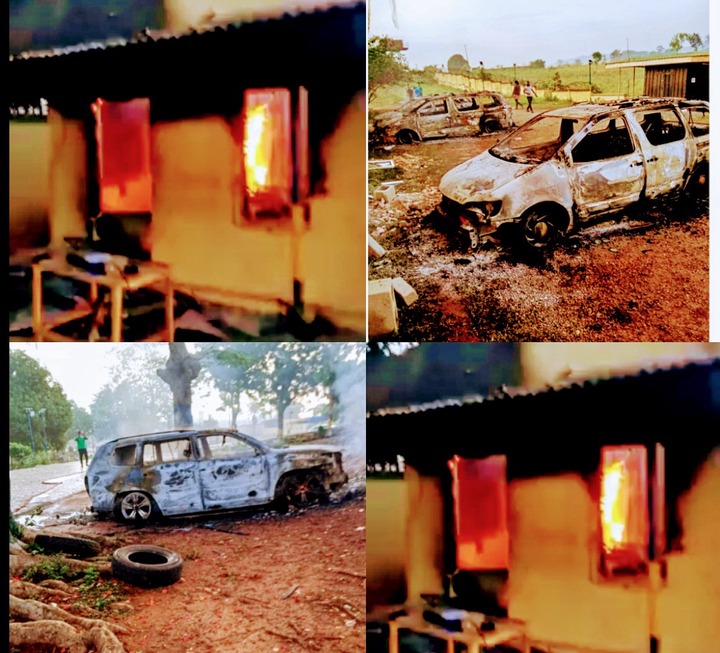 The Facility that they attacked ‘Zone 13’ covers three South-East States of Ebonyi, Enugu and Anmbra. The gunmen struck around 4 am this morning. During the attack, two policemen were reportedly shot dead which makes the attack bloody. Sahara Reporters gathered that the Officers who were shot dead during the attack were one Inspector Ishaky Aura and one Uzoma Uwaebuka’. Their bodies have been deposited at the hospital’s mortuary. 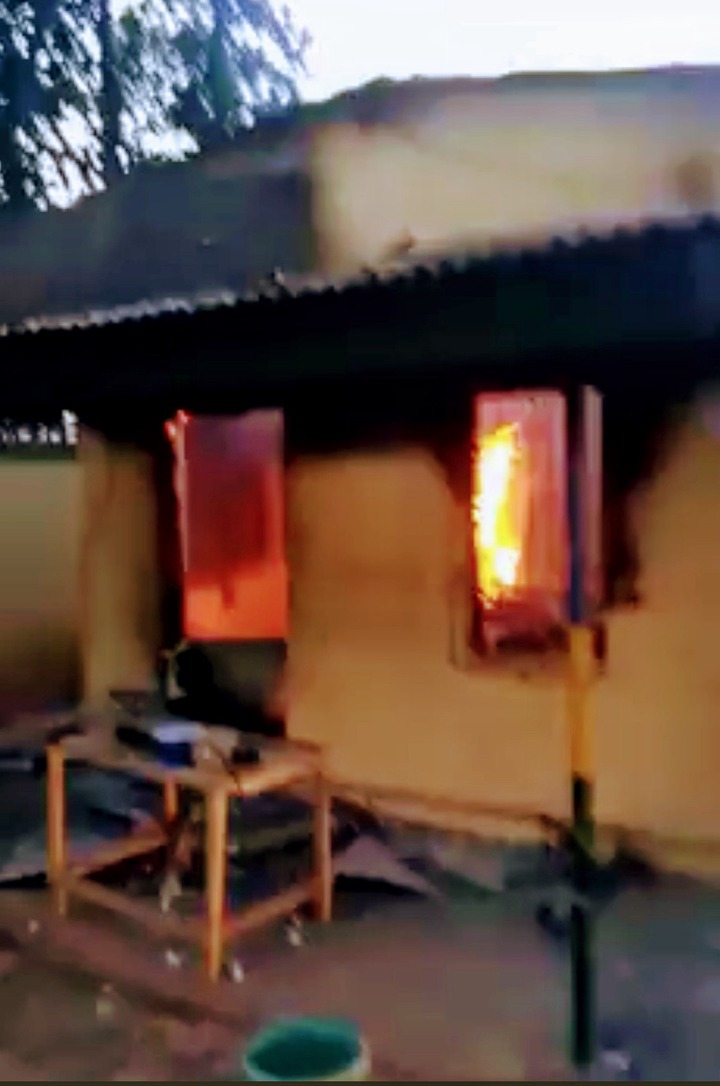 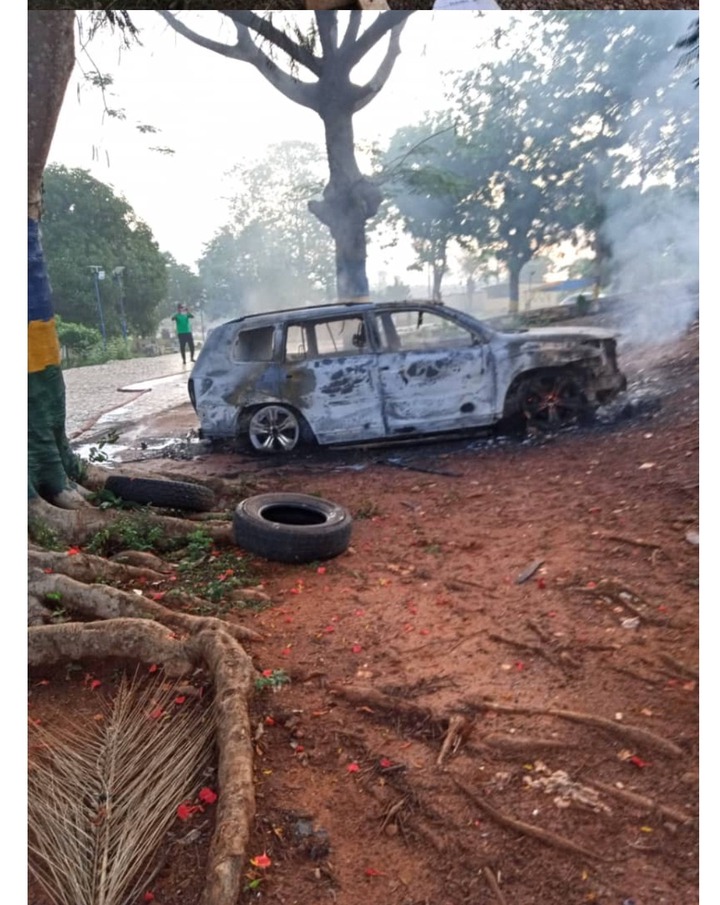 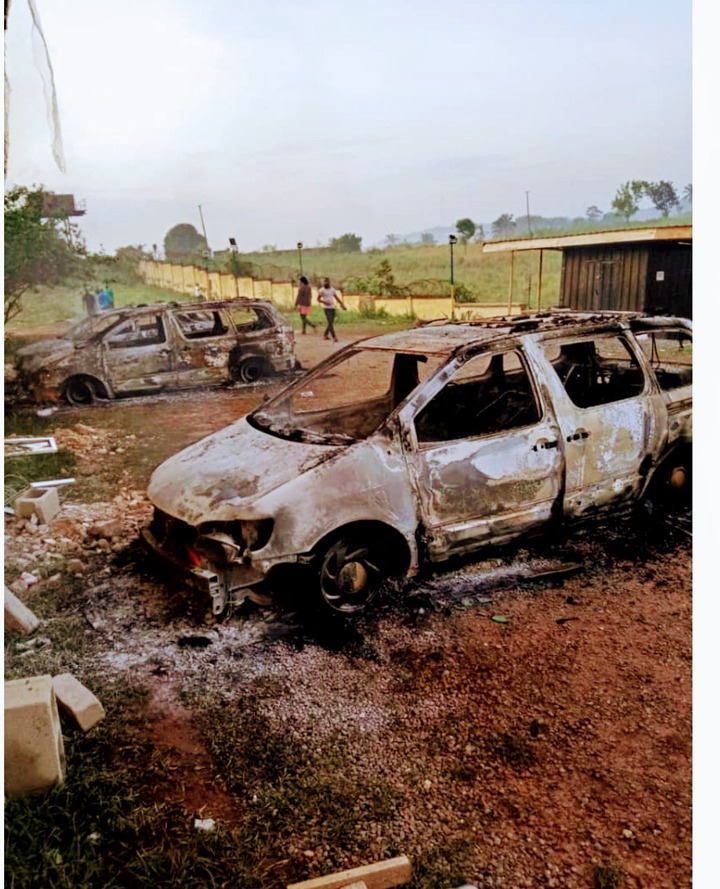 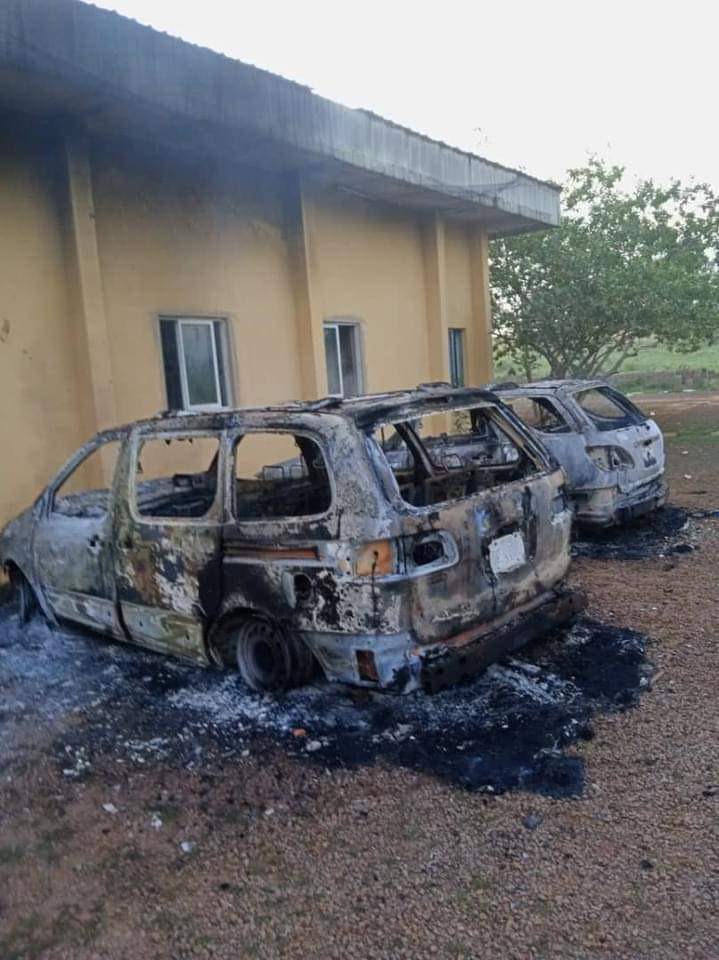 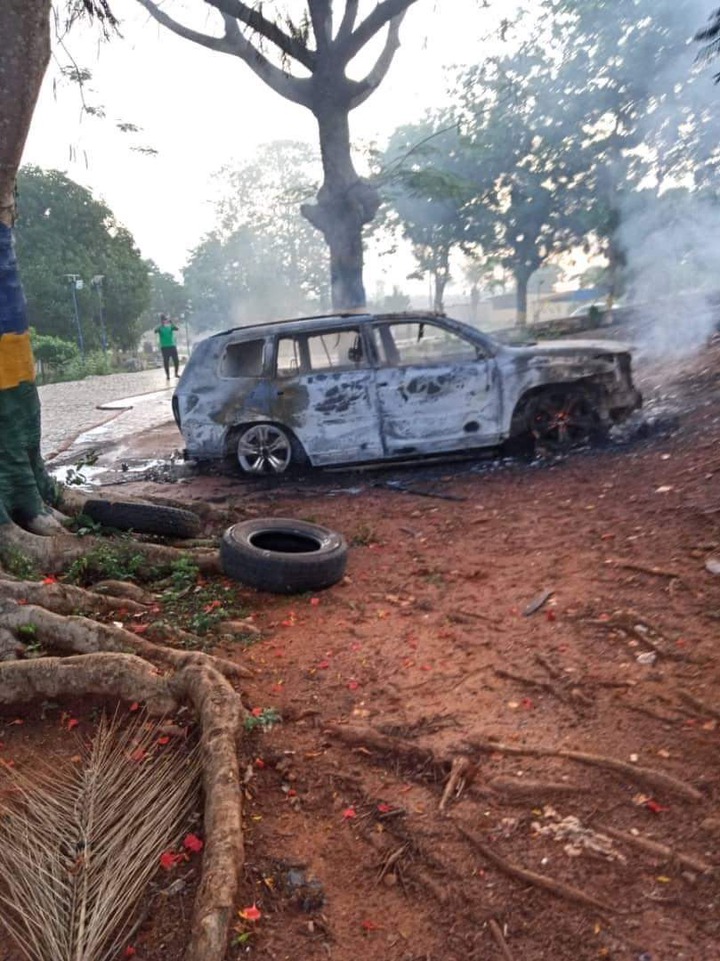 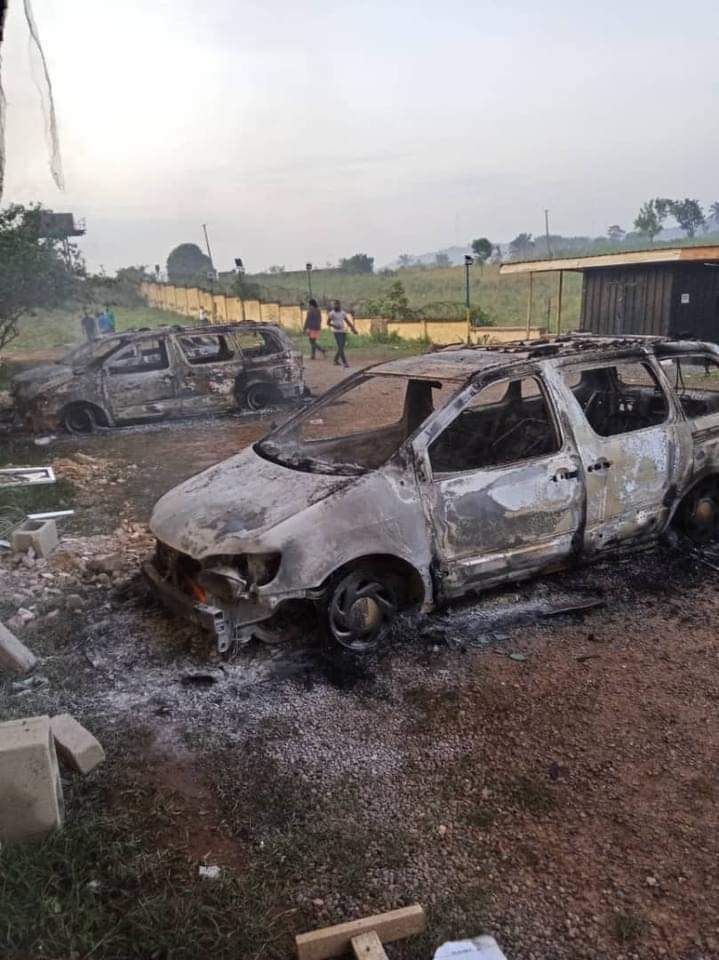 Lindaikejisblog also reports that the Spokesperson of Zone 13 Police Command, Princess Nkiru Nwode has confirmed the attack to the newsmen. Also, LIB’s Source claims that the fire in the Police facility was ignited by a petrol bomb that was thrown from a distance by the assailants. The fire spread quickly and destroyed a lot of things. Some of the Police Vehicles that were packed in the station have also been razed by fire.

Police Reveal The Faces Of The IPOB Men Arrested In Imo, Mention The Weapons Recovered From Them

Apart From Observing Their Prayer In Public, All Nigerians Should Take Note Of These 3 Things About Recent B/Haram Pictures

Ban on open grazing: 'Anybody who wants to die, should die, the ban stands' - Wike says.