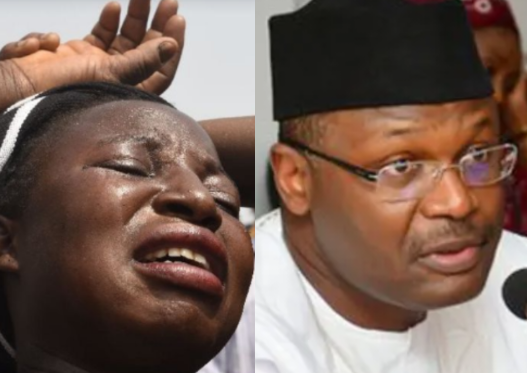 Armed men suspected to be bandits have again, attacked the Kuregu community in Zaria Local Government of Kaduna State, killed two residents and abducted an Arabic and Islamic studies teacher. 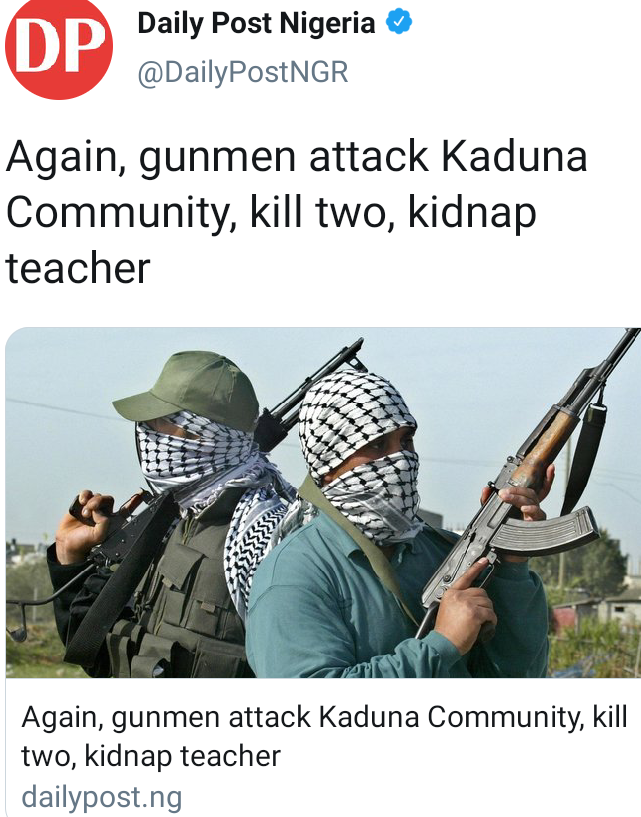 DAILY POST learnt that the incident occured on Friday night when the armed men stormed the village with sophisticated weapons, gunned down two persons before whisking the teacher to unknown destination. 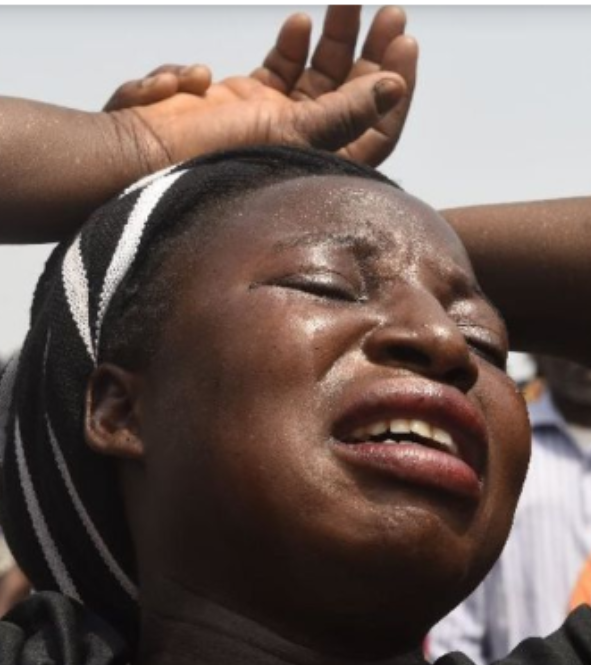 When contacted by DAILY POST, the state’s Police Public Relations Officer, ASP Jalige was unable to give details of the incident saying he would inquire and revert.

The Independent National Electoral Commission (INEC) has started the nationwide display of details of newly registered voters in the first quarter of the ongoing Continuous Voter Registration (CVR). 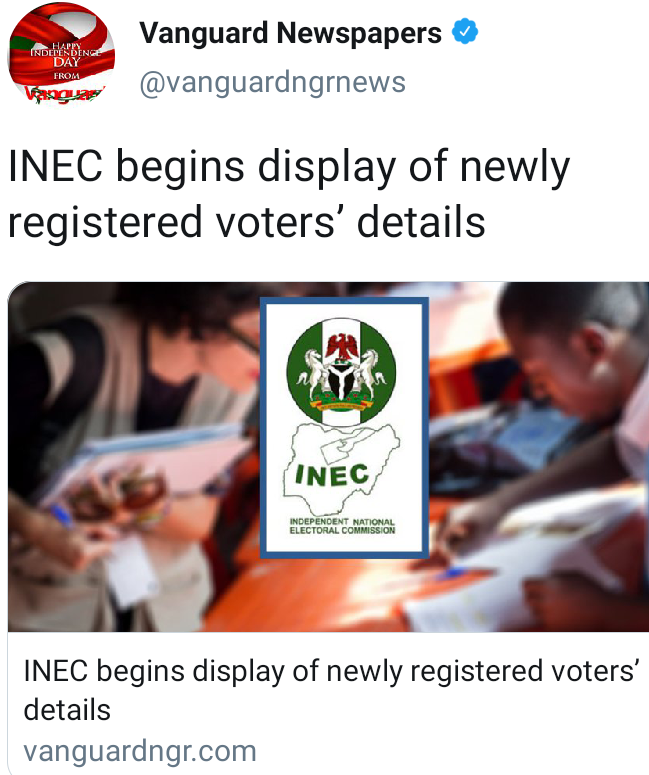 The commission on Friday started the display of details at local government offices across the country. 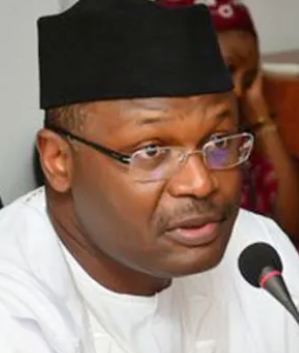 The Minority Caucus in the House of Representatives has flayed the speech delivered by President Muhammadu Buhari at the 76th session of the United Nations General Assembly (UNGA) in New York, United States. 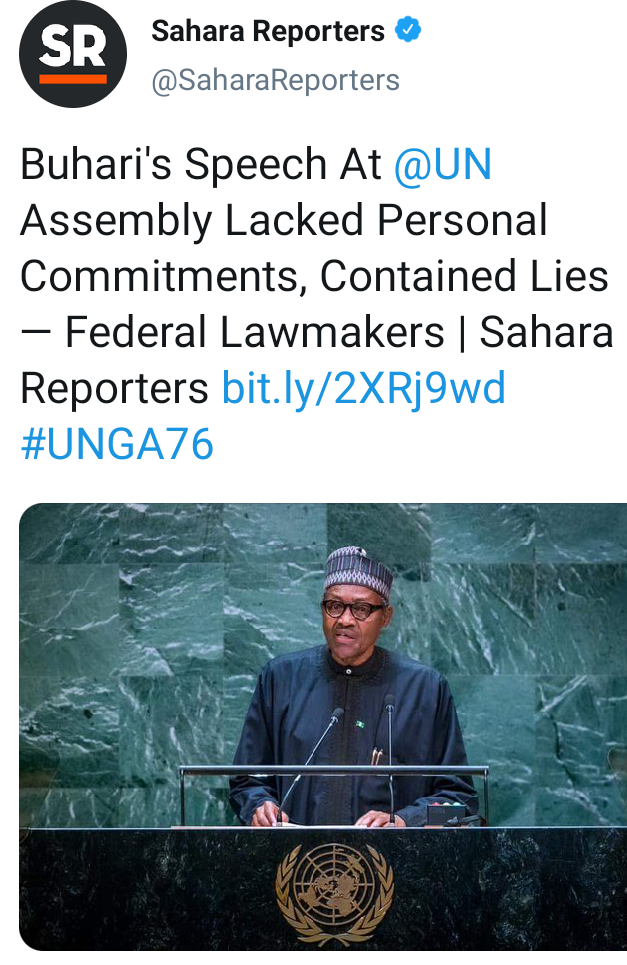 A statement signed by the minority leader of the House of Representatives, Ndudi Elumelu, said the speech was a great disservice to Nigeria by failing to present the true picture of affairs in Nigeria.

The All Progressives Grand Alliance (APGA) gubernatorial candidate in Anambra, Chuckwuma Soludo, says he will produce one thousand millionaires yearly if elected. 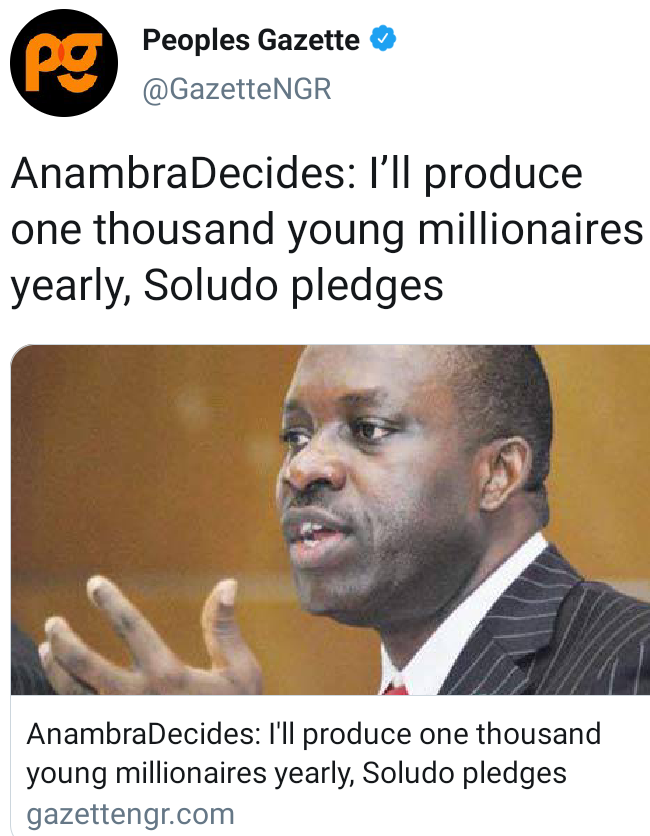 Mr Soludo made the pledge at the official flag off of his campaign in Awka on Saturday, ahead of the Anambra November 6 governorship election.

The former Central Bank of Nigeria governor used the event to formally present his manifesto.