By Mr_Counselor (self meida writer) | 29 days

Kayode Badru, a businessman who is a worshipper at the Celestial Church of God in Lagos State was burnt to death during a prayer session in the church on Monday, 3 May 2021.

It was gathered that Kayode was doing thanksgiving in the church with seven candles when things got out of hand.

When explaining how the incident occurred, one of the prominent pastors in the church who represented as the spokesperson for the church, Imolemitan Ojo told BBC News that the seven candles were lit by Kayode Badru. The candles were latter moved a little bit away from him.

Prophet Ebony sprayed perfume in correct quantity on him. He was putting on a very light sutana-white, a Celestial Church uniform. Imolemitan said that no one knew how cloth cloth caught fire.

When the fire was on him, people who were around then rushed with fire and put out the fire, after which he was taken to the hospital.

He added that he when he visited him in the hospital, he was picking up and was even talking to people. He letter visited him the another day and he discovered that he has started eating. But he received the news of his death after few days.

Kofoworola, wife of Kayode Badru has decided to disclose his last moments some days after his death.

She said that she has no idea that the prayer session her husband went for on their wedding anniversary could result in his gruesome death.

While explaining his last moments, the window said that her husband was restless before he left home on that faithful day. She said that he left their room and returned thrice midway the staircase before he finally left. Each time he returned, he kept saying that he forgot something. He finally left after three consecutive times.

She said that her husband didn't eat before he left home, so he asked her to prepare chicken stew and rice for him to eat on his return.

She said that he left home at 10am and he told her that he was going for prayers at his late mother's church in Magboro, Ogun State. He also promised her that he would return by 2pm.

She was oblivious that her husband had gone to another Celestial Church parish, where the ugly incident occurred for the prayers. 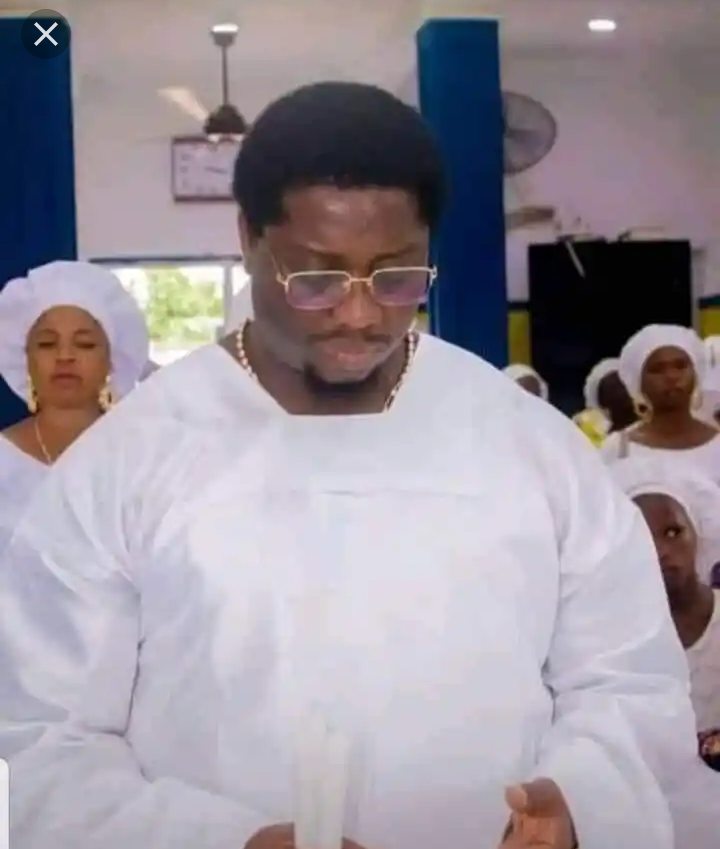 TB Joshua: check out the location where TB Joshua would be buried in July

Check Out Where T.B Joshua Ministries Said He Will Be Laid To Rest

Panic as Igbo youth clashes with Hausa Community over the attack on a family in Akwa Ibom.