By CHRISTIANFORUM (self meida writer) | 19 days

The Nigerian police force, Ogun State command paraded some suspected kidnappers in the state. These Suspect are said to be the kidnappers who abducted two OOU students and Chief Omotayo some days ago. Below is a picture showing the members of this kidnapping gang who got arrested: 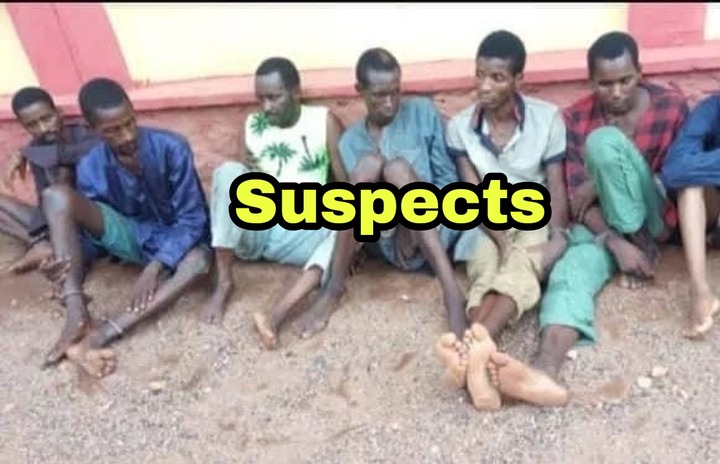 The suspects admitted to the crime and revealed that they released the victims after an undisclosed amount was paid as ransom. The suspects also confessed to the kidnapping of a female doctor and a nurse on the 17 of April.

According to reports on punch newspapers, the commissioner of police paraded the suspects alongside other criminals and revealed that they were arrested two days after the students were released.

The suspects also confessed to the kidnap and killing of one Yemi Ojedapo. They revealed that the reason why they killed her was because she recognized their faces after they kidnapped her. As a reader, what do you think about this?

Mide Martins, Others Congratulate Yetunde Barnabas on the Announcement of Her White Wedding Date