A Man identified as Abubakar Halilu was arrested by the Nigeria Police after he planned to abduct and also kill his own cousin. He planned to do this just to avoid paying back the debt of N1.4 million to her, this incident took place in Galadimawa, Kaduna State. 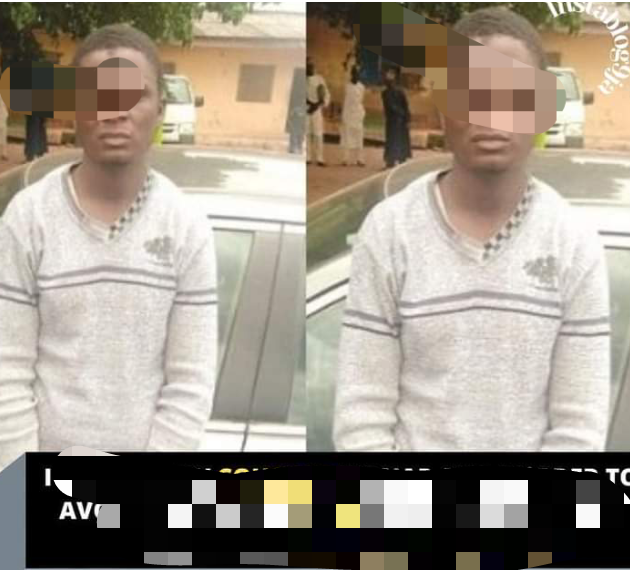 When his cousin contacted him about her remaining balance, Abubakar decieved her into accompanying him to collect the balance from a friend, in reality he was taking her to bandits to be killed.

Immediately they got to the place Abubakar had planned, the kidnappers abducted the both of them instead of just his cousin.

Abubakar had planned that the kidnappers would kill his cousin after collecting the sum of N100 Million from her as ransome. The Kidnappers would then split the money with him after everything.

He was able to prevent his family from paying his ransome after he escaped from captivity. This is just like the case of a hunter getting hunted, he had planned to murder his own cousin just because of money but he ended up in the Lions den.