"Forgive me, I'll recover the phone back," Suspect says after he was arrested for robbing student

By Mediateehem (self media writer) | 8 months ago 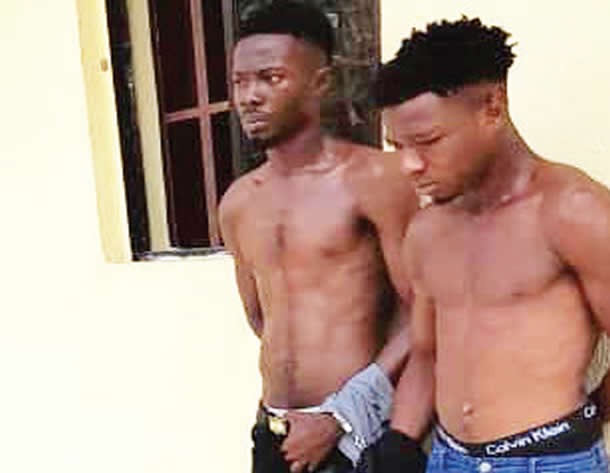 According to the information that was posted by Punch Newspaper this morning, it has been alleged that the security operatives of Univeristy of Calabar have successfully arrested two thieves after robbing a 100 level student of the univeristy of his mobile phone and absconding with it. According to the information that was given, it was alleged that the victim, whose name was given as Godwin Okoro, a student studying Computer Science in the Institution was on his way to withdraw some amount of money from an ATM located in the school, when he was attacked by the hoodlums.

The victim made it known that the mobile phone that was snatched from him worths N88,000 but after the suspects, whose names were given as Kingsley Mathias (22) and Bassey Edet (23) were arrested by the school's security, they confessed that they sold it for N10,000.

It was also alleged that one of the suspect, Mathias, pleaded for forgiveness and also promised to help the victim recover his mobile phone back from the person they sold it to.

However, while the Vice-Chancellor of the univeristy was addressing press concerning the case, Professor Florence Obi made it known that the arrested suspects were not students of the school, but it is sad that they are always attacking students of the institution in their hostel and other secluded places, thereby carrying out their nefarious activities on them.

Mrs Obi further revealed that the school is yet to recover from the destruction that was carried out on the school's properties during the end SARS protests, as she also commended the school's security operatives who arrested the suspects, saying that it shows that the security training they are giving them from time to time is yielding positive result.