On September 2021, a 45 years old Man identified as Olaoluwa Jimoh got arrested by the police in Ogun State. He was arrested for impregnating his own 19 year daughter. He finally decided to clear the air on the issue and explain why he committed such a crime. 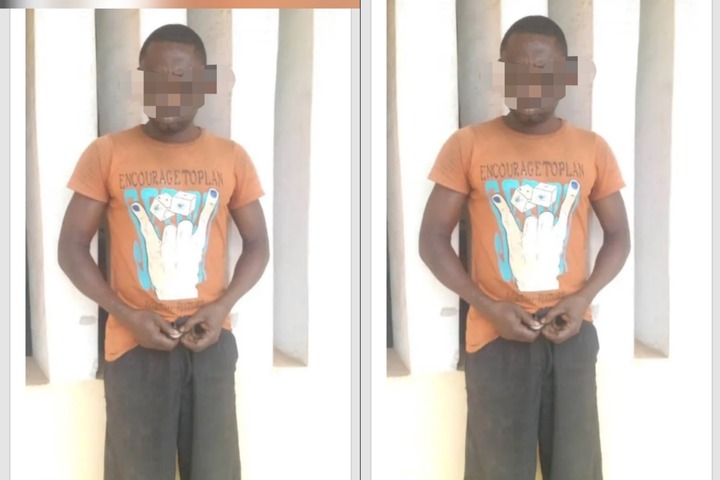 His daughter was the one that reported the case to the Police Men after she got pregnant despite being threatened by her Father. The daughter explained that her Parents are divorced and she had been living with her Mother for a while, it was 2 years ago that she started staying with her Father in his house.

According to Mr Jimoh, he claimed that it was his daughter that actually started everything. He explained that his daughter is actually the first child and the only child from his first Wife.

He said that it was his daughter that began to refer to herself as his wife, the daughter also fought with his last wife because of him. The Man also revealed that he was not the first person to be with his daughter and that his daughter told him she had gotten pregnant for another Man before but the baby died. While his daughter lived with him, she was busy having affairs with several Men. She used to tell people that she was her father's wife. The Father explained that he has no idea why he started doing such to his daughter, he claimed that she had used charms on him.

This is just a wake up call for parents to be vigilant when it comes to their children, avoid trusting people so much with your kids because alot of terrible things are happening. We have heard alot of stories like this on the internet, most of these things are caused by neglect.

Parents should also try their best to be close and free with their children, don't be too harsh on them so they can be free with you. Being friends with your daughters will allow them to be comfortable to tell you things, they won't hide anything from you. It is better to create a good relationship with your kids so they won't hide anything from you.

These days even your own Family member can cause harm to your own kids, even their Father or Mother can still harm them. If your daughter or son doesn't want to stay with someone else, don't force them to stay with that person.