Opinion: What May Begin To Happen In The Next Few Days After The Prison Break In Owerri

Despite the security challenges the country is facing in the hands of Boko Haram, bandits and other criminals, some gunmen still have the heart to attack a police station in Owerri releasing the inmates.

The prison break in Owerri is a very bad one. The attack by gun men and the fact that they set ablaze the police station is very unwelcoming. The government need to do something about the security of the state before things get out of hand.

Remnant after the attack. 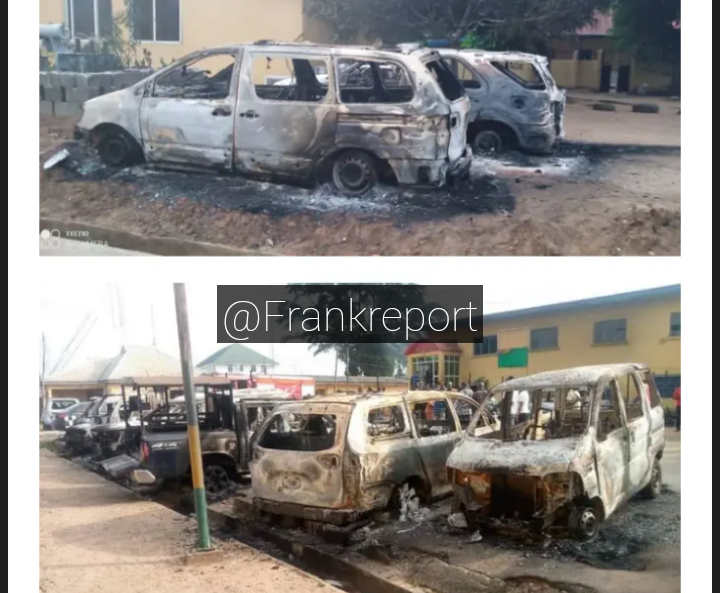 The concern is on the release of inmates in the prison that was set ablaze. If the government refuse to do something about the security of the state, especially Owerri as it stands now, something may begin to happen soon.

The major thing that may begin to happen is increase in the level of crimes in the state.

A prison is where defaulters and people who broke the law are punished. This is where the stay and serve their punishments. If such people in such place who may be very angry are suddenly released without legal authorization, they may pose a threat to the community where they live.

Since they broke out of prison in this way, increase in killings, kidnapping, stealing among other crimes should be expected. This is why it is very crucial for the government of the state to look into this issue as a matter of urgency and take care of the security of the state immediately.

According to Naija on twitter, about 2000 inmates escaped from the prison during the prison break. This is so bad. If over 2000 angry criminals go into a state like Imo State, especially in Owerri, the lives of the dwellers of this area is at risk.

What is your suggestion on this?

"Nobody Can Kill Me" - Wike Says