The operatives of the Adamawa State Police force have arrested four Men for extortion. The four Men normally scam individuals by pretending to be kidnappers and calling them to pay some amounts of money, they threaten the victims that they would be kidnapped if they do not pay the money. 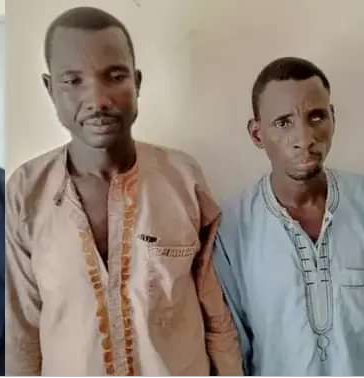 It was Suleiman Nguroje, the Adamawa state Public relations officer, that disclosed this in a statement. He explained that some victims had complained about the culprits to the Police, this led them to swing into action and capture the four Men

According to Suleiman, It was on September 15, 2021, that a Man identified as Ibrahim Jauro called the Police. He explained that an unknown caller had contacted him on phone, the caller threatened that if he doesn't pay the sum of N2Million he would be Kidnapped. The Police were able to capture the criminals before they carried out their plan.

The suspects are identified as 40 year old Farouk Muktar and one other 39 years old Hamza Dahiru. On October 15, 2021, the Police also arrested a 30-year-old Shuaibu Abdullahi and also a 31-year-old Saidu Addullahi for the same crime. 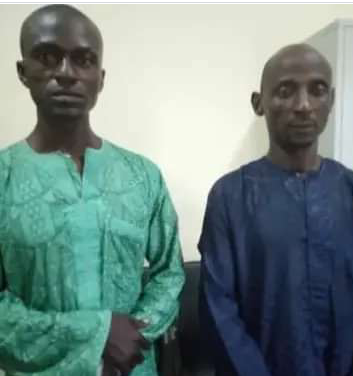 These Men kept on calling a Man called Yuguda Adamu to threaten him, he was told to pay the sum of N5Million or get himself arrested. Adamu took the case to the police station and they immediately caught the criminals.

This should serve as a wake up call to people in the society, everyday criminals keep searching for new ways to extort money from unsuspecting people. These 4 Men go about parading themselves as digital Kidnappers, they play on the fear of their victims and extort money from them. Definitely if someone calls you and threatens to kidnap you, it would create certain fear in you to pay up immediately.

Most of these people that are involved in such a crime are close to us, they know alot about you that is why it would be easy for them to threaten you with an abduction. This is the new style that alot of criminals now use to steal from people, don't go about sending money to people that threaten you over phone calls because most of them are fake.

Try your best to confirm who the unknown caller is before sending money to anybody. If possible report the caller to the Police so the person can be traced and arrested immediately. Instead of most people to work and earn money, they rather go through the back door and steal from those people that are rich. One has to be careful because alot of people are not as good as they appear to be.