A thief who stole a passenger's bag full of clothes at a motor park in Rivers State and brought the bag to a receiver of stolen items in Enugu State was among three criminals arrested by operatives of the Enugu State Police Command while various items were recovered from them, the state police command announced on Friday, April 9.

The said Bassey Emmanuel, aged 24 years, was said to have been traced to his hideout and on his arrest, he was found to be dealing in hard drugs and was also a receiver of stolen items.

It was gathered that during his arrest at his hideout, items found with him included one 32-inch television set, one air conditioner, one woofer, two wristwatches and some quantities of substance suspected to be Indian hemp.

The third criminal, whose name was given as Friday Abuh, aged 23, according to reports, was being lynched by a mob after he was said to have used a broken bottle to stab a lady on the back in an attempt to snatch her mobile phone when the policemen arrived the scene and rescued him. 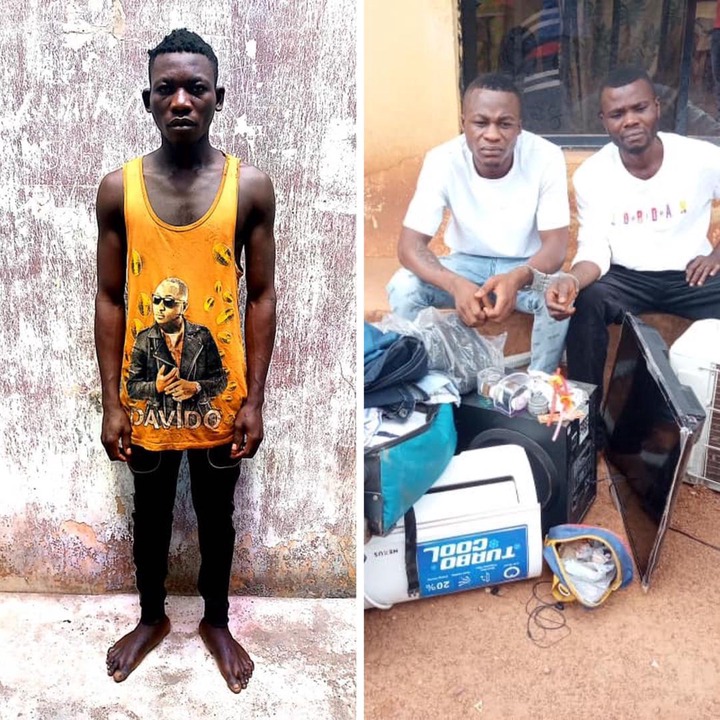 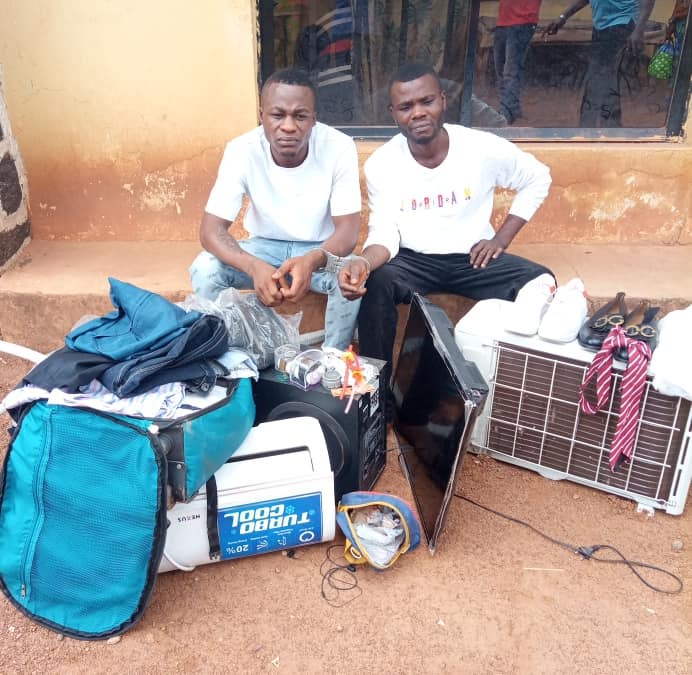 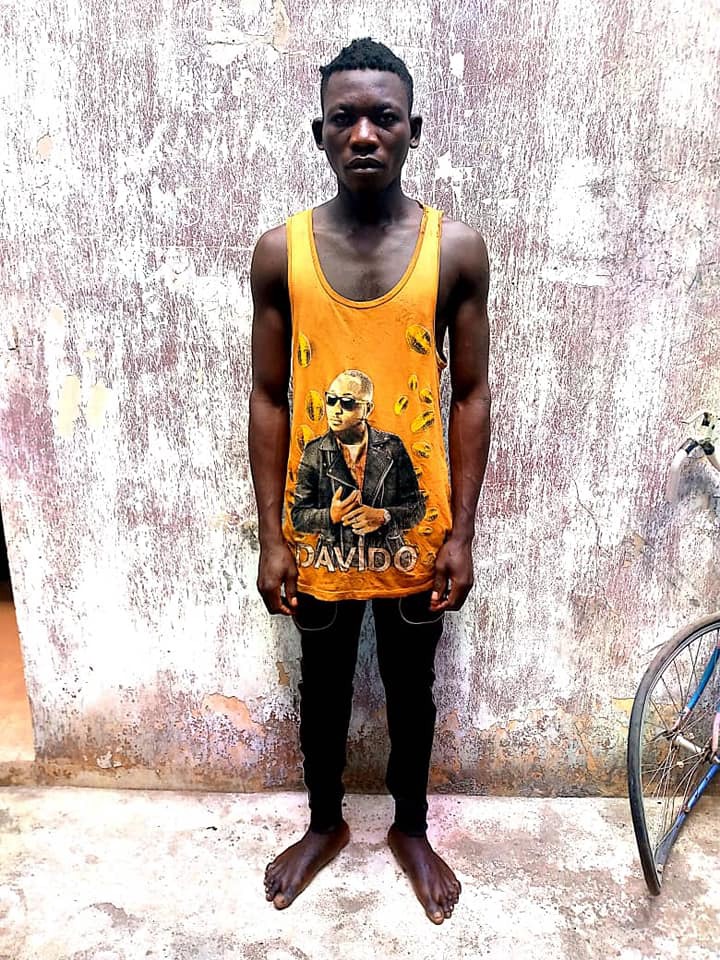 According to a statement by the state police command through its Public Relations Officer, Daniel Ndukwe, an Assistant Superintendent of Police, on the Facebook wall of the command, the three criminals have confessed to the crimes and investigation about their activities are ongoing after which they will be charged to court.

According to the statement: "Acting on credible information, police operatives attached to Awkunanaw Police Division raided a hideout at Garki Market in Enugu and arrested one Bassey Emmanuel, aged 24, who was said to be dealing in hard drugs and was also a receiver of stolen items.

"His arrest led to the recovery of one 32-inch LCD TV set, one air conditioner, one woofer, two wristwatches and some quantities of substance suspected to be Indian hemp.

"The operatives also arrested his accomplice, Joseph Okeke, aged 34 and recovered a travelling bag containing clothes belonging to a passenger which he confessed to have stolen at a motor park in Port Harcourt, Rivers State and had brought the clothes to Bassey Emmanuel to buy in Enugu.

"Also, police operatives attached to New Haven Police Division rescued and arrested one Friday Abuh, aged 23, of New Artisan, Enugu, who was being lynched by a mob after he used a broken bottle to stab a lady on the back in an attempt to snatch her mobile phone at New Artisan Market, Enugu.

"The lady was rushed to the hospital where she is responding to treatment. The men will be charged to court on completion of investigations."

Are You Tired Of Wearing Old Outfits? Try Out These New And Trendy Cord Lace Styles

Between Chelsea's Next Season Home Kit & The Current Home Kit, Which One Has The Best Design?

Ladies, Step Out In Style To That Dinner Date, With These Hot Velvet Gown Styles

Instead Of Throwing Your Bathtub Away, Checkout What They Can Be Used For