By Storyhub (self media writer) | 1 year ago 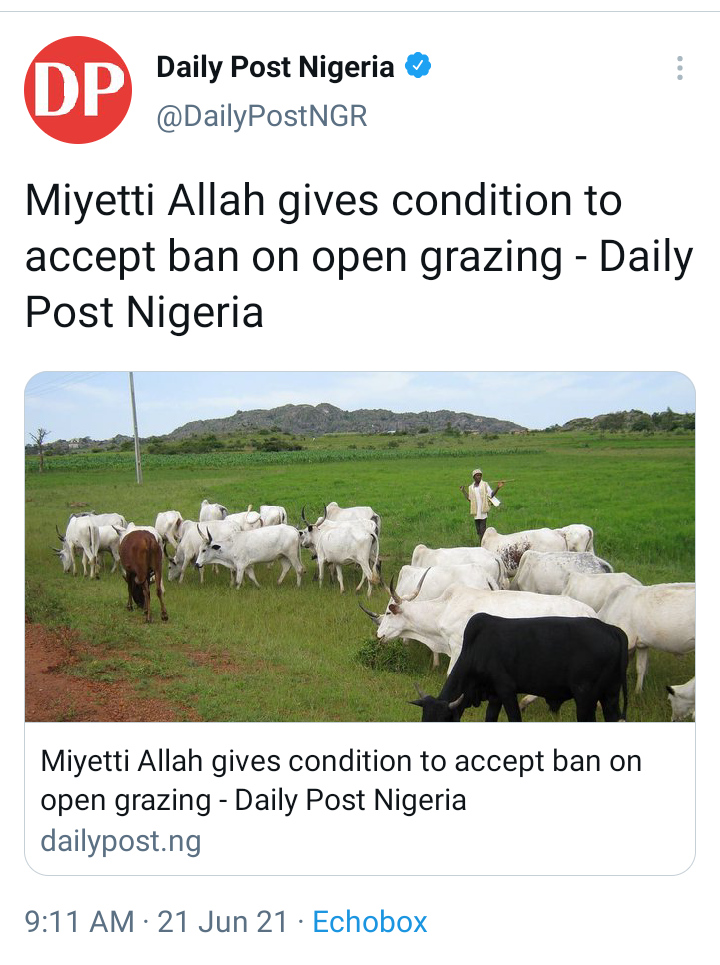 Miyetti Allah has stated that the Southern Governors Forum's ban on open grazing will remain inadequate until another option to grazing is provided for the herdsmen.

South-East chairman of Miyetti Allah Cattle Breeders Association of Nigeria (MACBAN), Gidado Siddiki, disclosed this while reacting to call by ex-national chairman of the Peoples Democratic Party (PDP), Okwesilieze Nwodo, on state assemblies in the South-East to make the law banning open grazing.

Siddiki said that they were not against the ban on open grazing but that the public hearing on constitution review should allow everybody the opportunity to make submissions for a law putting an end to open grazing. 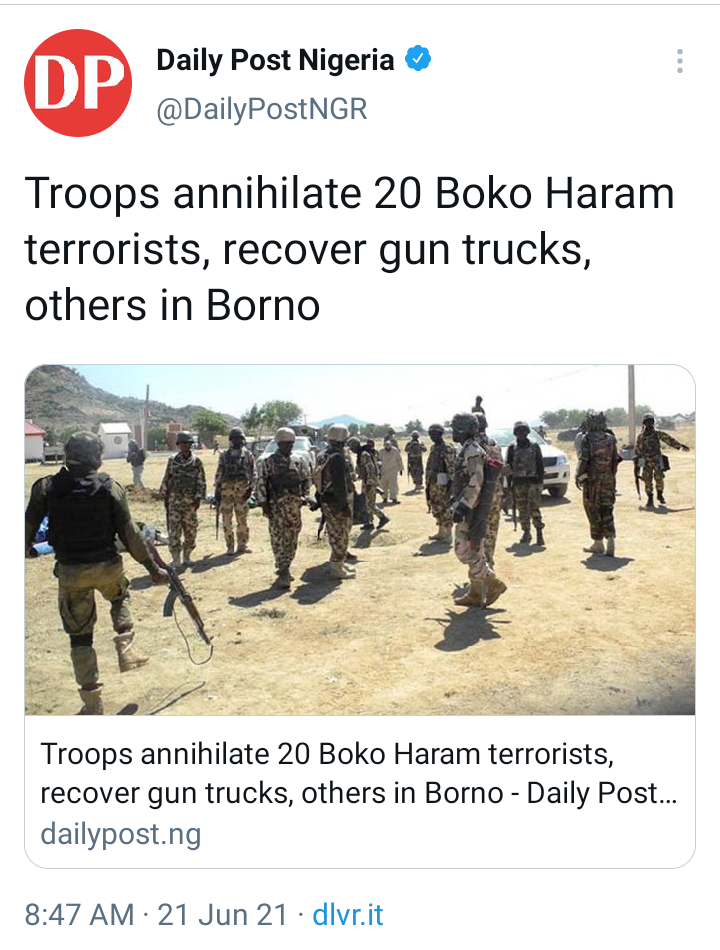 The Nigerian Army, on Monday revealed that troops of Sector 2 under Operation HADIN KAI have killed over 20 members of the Islamic State of West African Province (ISWAP) in Lambo forest in Borno state.

This was disclosed in a statement by the Director of Army Public Relations, Brigadier General Onyema Nwachukwu.

Nwachukwu noted that the troops while acting on intelligence and with the assistance from the Nigerian Air Force, launched attack on the terrorists. 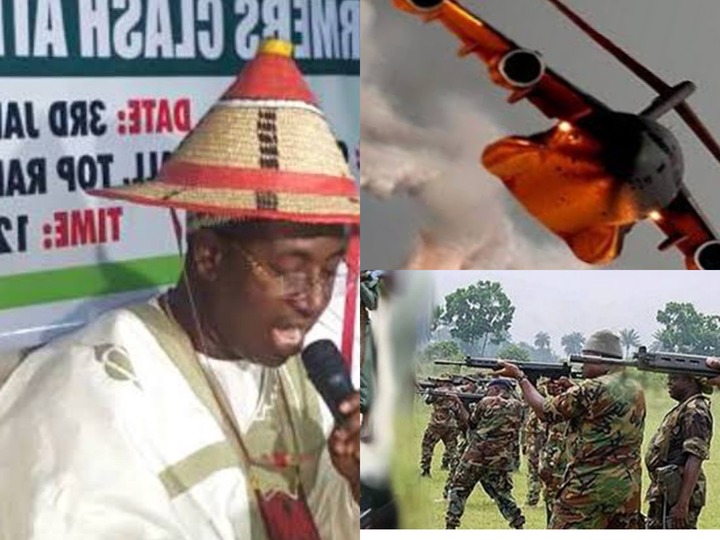 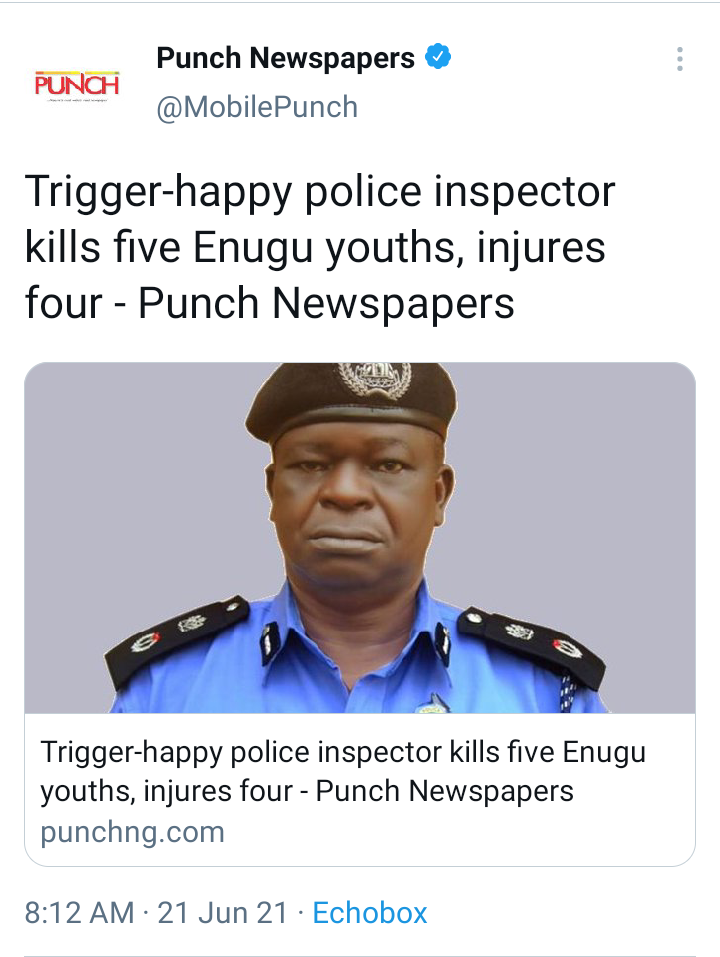 The Police Command of Enugu State on Sunday said it had arrested a trigger-happy policeman who killed five people while leaving four others severely injured.

According to reports, the police officer attached to Special Protection Unit Base 9 began shooting sporadically at a lotto office on Sunday morning.

The police inspector was said to have killed five young men.

In a statement by the command's Spokesperson, Daniel Ndukwe, it was said that the commissioner of Police has ordered an investigation into the incident. 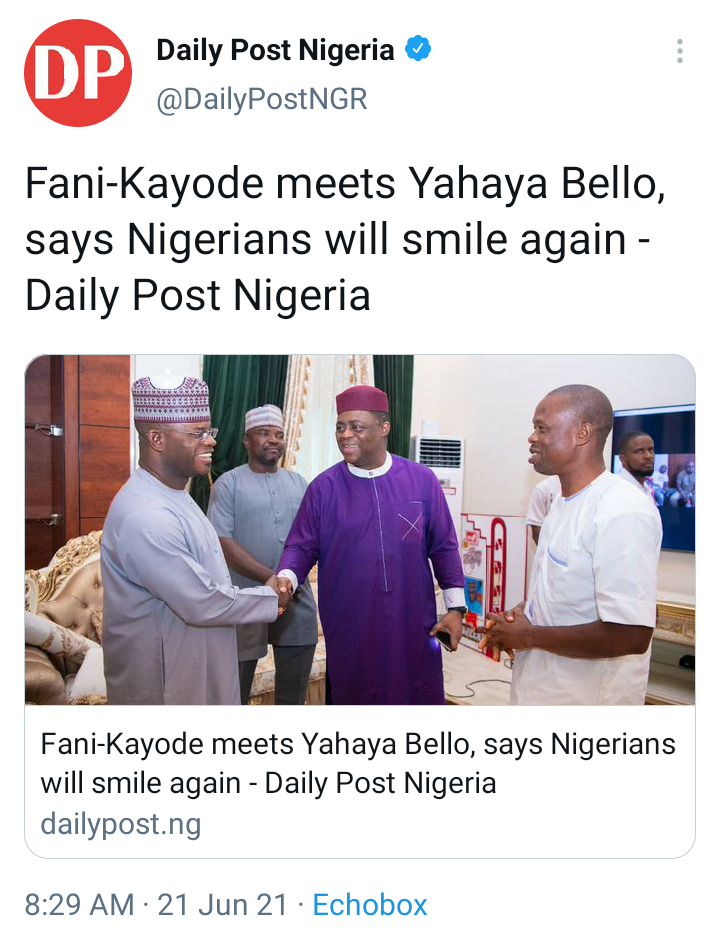 Former Minister of Aviation, Chief Femi Fani-Kayode at the weekend, met with the Governor of Kogi state, Yahaya Bello to discuss the present state of Nigeria.

The Peoples Democratic Party (PDP) Chieftain revealed this on his official Twitter account on Monday. He said the result of the meeting would be disclosed with time.

Fani-Kayode expressed hope that amidst the prevailing crisis bedeviling the country, “Nigerians will have every reason to smile again”.