By AllLatestGists (self media writer) | 1 month ago

In Kaduna State, the police have arrested a 36-year-old suspect in connection with the abduction of a businesswoman for N100m ransom. The suspect, identified as Abubakar Halilu was identified as the cousin of the kidnapped victim. As reported by the police, the suspect was interrogated and more information surrounding the kidnap emerged. 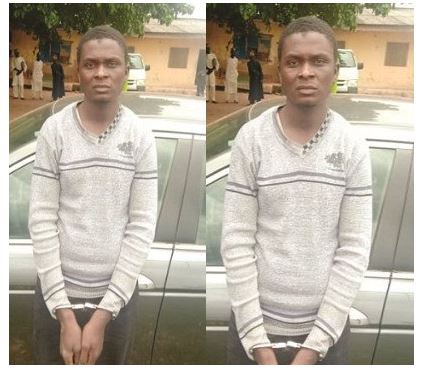 It was discovered that the suspect had planned the kidnap and the murder of the businesswoman, who happened to be his relative. As narrated by the suspect, “I connived with bandits at Galadimawa area of Kaduna State to kidnap her. It was supposed to look as if we were both kidnapped by the bandits so that no one would suspect me.’’ The suspect went further to state that he lured the businesswoman to kidnapper’s den under false pretense of going to do business.

When asked about the motive for the crime, the suspect revealed he was owing the businesswoman a debt of N1.4 million from a total of N3.9 million he received for hire purchase of tricycles aka Keke Marwa. According to the suspect “I did not want to repay the N1.4 million debt that is why I planned the kidnap so that she could be killed. They were supposed to collect N100 million ransom and give me my share before they would kill her.”

As reported by the police, the staged kidnap was not successful as the businesswoman escaped from kidnapper’s camp where she was held when her captors went out for an operation. It was also discovered that the suspect was in possession of the car keys and other items in the victim’s vehicle. As a result, more investigations will be conducted and the suspect will be charged to court.

Content created and supplied by: AllLatestGists (via Opera News )