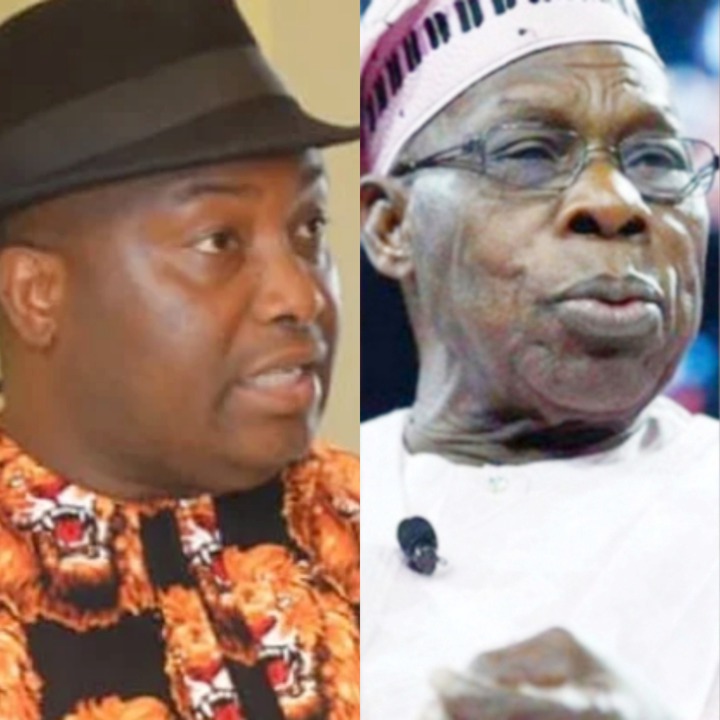 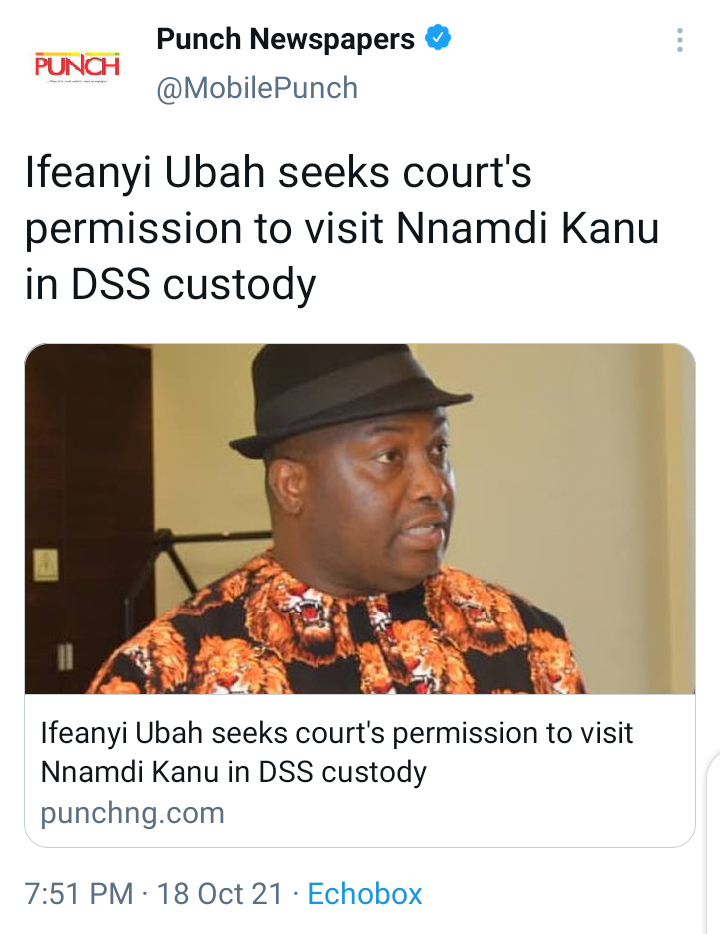 The Senator representing Anambra South Senatorial District, Ifeanyi Ubah, on Monday approached a Federal High Court in Abuja to seek an order to visit Nnamdi Kanu in the custody of the Department of State Services.

Ubah, in company with Maxwell Opara, member of the legal team of the detained leader of the Indigenous People of Biafra, said he had made several attempts to see Kanu without success.

He, therefore, sought an order of the court to grant him leave to visit the defendant, Kanu, as part of his oversight legislative function.

The order also seek to compel the Department of State Services to allow Ubah access to their detention facility for purposes of visiting the defendant, Kanu.

He also asked the court to grant him other requests that may deem fit to make in the circumstances of the case.

In the affidavit in support of his motion on notice that a senator of the South-East geopolitical zone of Nigeria. 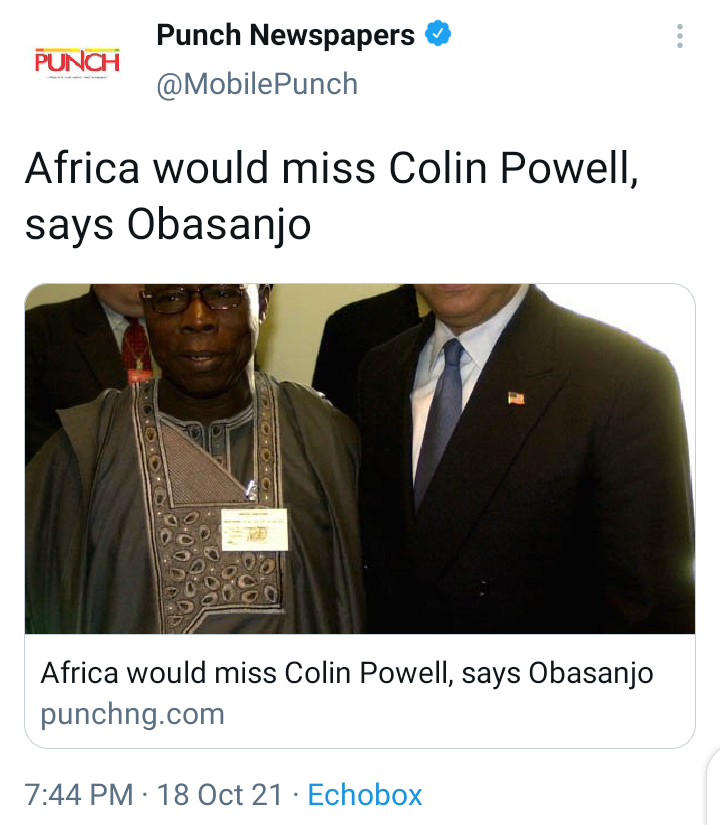 This was contained in a statement by the former President’s Special Assistant on Media, Kehinde Akinyemi, which described Powell as someone who understood Africa during his lifetime and would be remembered for his legacy and closeness to the continent.

He also stressed that Powell’s “death is a great loss not only to his immediate family and to the United States of America but also to the entire world.” The Muhammadu Buhari regime says conditions for lifting of the suspension imposed on Twitter will be applicable to all Over-The-Top and other social media platforms in Nigeria.

“Today, we are dealing with Twitter, we don’t want a situation where we will be dealing with Facebook tomorrow and Instagram the next day. Our recommendations will be very comprehensive,” according to Minister of Information and Culture, Lai Mohammed.

Mr Mohammed stated this on Monday as a guest on TV Continental’s “This Morning” programme.

The minister, who did not disclose the recommendations being pushed by the regime, said the report of the negotiation team would be submitted to Mr Buhari.

Mr Mohammed, who headed the team, however, reiterated that the engagements with Twitter had been positive and fruitful.