By Scolding (self media writer) | 27 days ago

Guinea: One Coup Too Many

Just when the world was beginning to believe that military coups belong in the past in Africa, recent events have proved that it is not yet uhuru for civilian democratic rule in the continent. Guinea is the latest bad example of threats to democracy in West Africa. Recently, soldiers deposed Guinean President, Alpha Condé after hours of heavy gunfire around the Presidential Palace. Mamadi Doumbouya, the 41-year-old colonel who appears to be the leader of the military takeover, said in a statement at a meeting after the putsch that the army had little choice but to “give the people their freedom.” 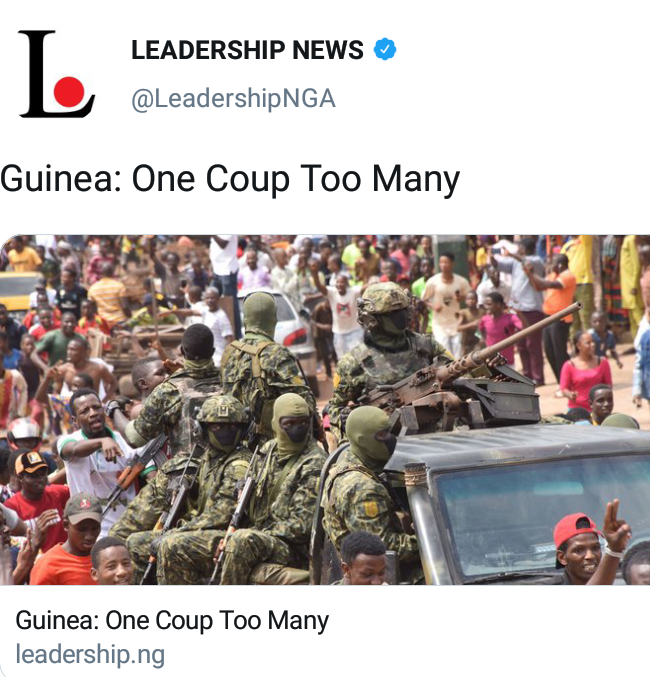 This uncanny development made the West African regional body, Economic Community of West African States (ECOWAS), to slam a suspension on Guinea’s membership of the 15-member bloc in response to the coup. We recall that Conde was elected president in 2010 and was re-elected for a second term in 2015. Last year, he pushed through a constitutional change to allow himself to run for a third term.

He went on to win a presidential election in October 2020. Violent protests erupted across the country in response to his re-election, resulting in the death of dozens of protesters. It is instructive to note that the West African region has experienced four coups recently. Mali has had two military coups in less than a year. Last year only one coup was recorded but in 2021 there have been coups in Niger, Chad, Mali, and Guinea.

Governors of the North West geopolitical zone announced yesterday that they have concluded plans to recruit 3,000 vigilantes to battle banditry in the region.

Chairman of the Northwest Governor’s Forum and governor of Katsina State, Aminu Masari, said the kinetic and non-kinetic measures taken against banditry were yielding results. 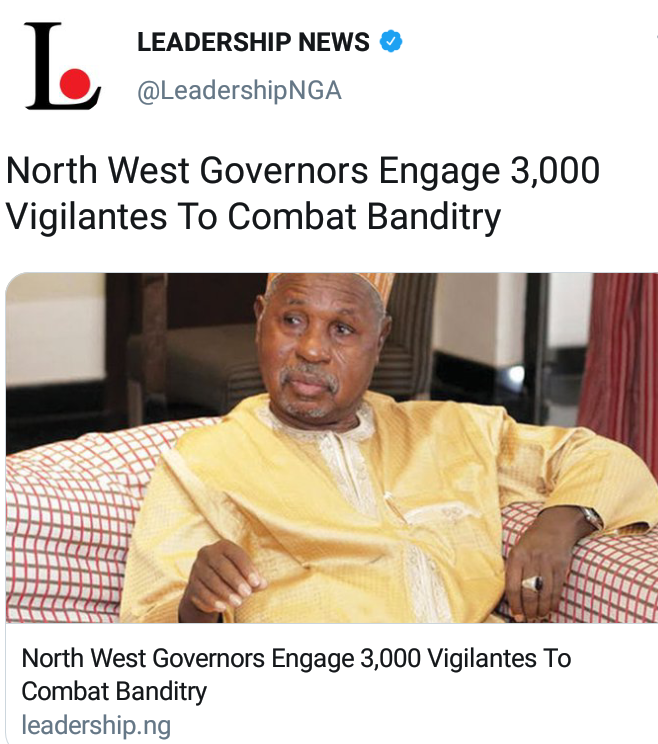 He noted that the region is winning the war against banditry, even as he said the shutdown of the telecommunication network has helped to cut off contact between the bandits and their informants.

According to Masari, the Northwest Governor’s Forum has agreed to recruit 3,000 vigilantes to complement the effort of security agencies in the fight against banditry and other forms of criminalities in the region.

THE Kaduna State Governor, Nasir El-Rufai has described the anti-grazing laws being signed by some of his colleagues as unrealistic, noting that while ranching was the ideal solution to the problem, it cannot be done overnight. 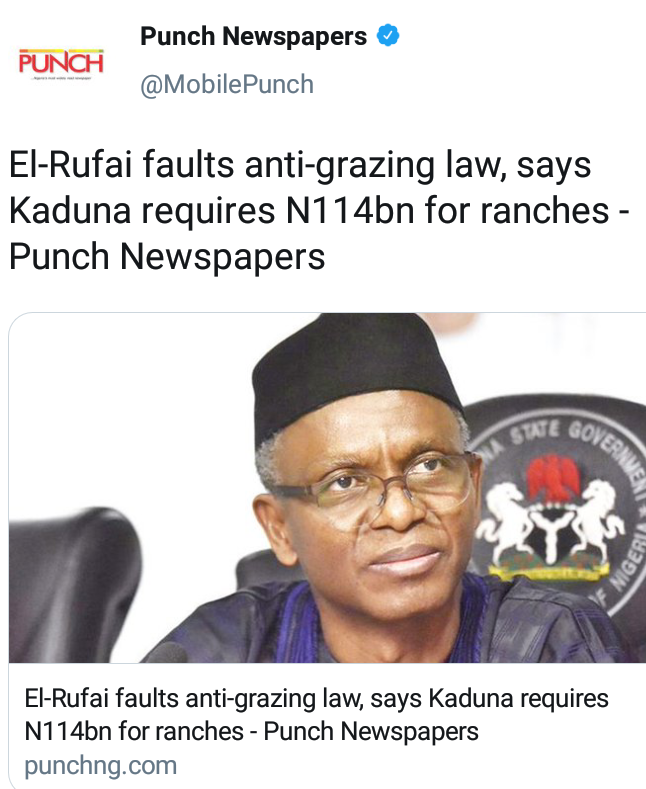 El-Rufai also said Kaduna State would require at least N114 billion to put together 14 ranches to fully settle herders and their families.

The governor said this while speaking to newsmen during a visit to the National Secretariat of the All progressives Congress, in Abuja, on Tuesday.

The Central Bank of Nigeria has warned Nigerians to be wary of the activities of speculators who sought to manipulate the market for unpatriotic reasons.

In a statement by the Spokesman of the Central Bank of Nigeria, Mr Osita Nwanisobi, on Tuesday titled ‘CBN spokesman faults calls for gov’s resignation’, he insisted that the rate in the CBN-unrecognised parallel market was not the reference rate of the naira. 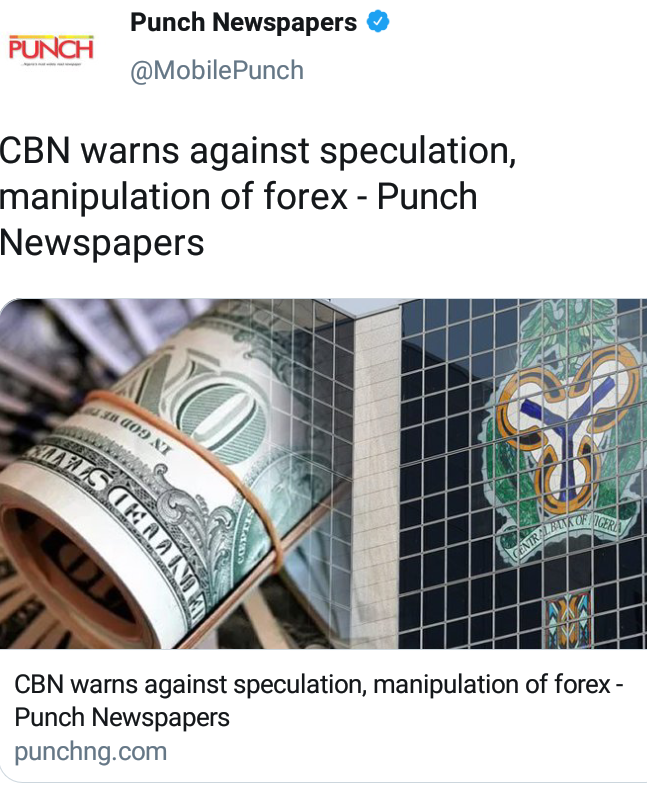 Nwanisobi faulted claims from certain quarters for the resignation of the CBN Governor, Godwin Emefiele, over issues relating to the exchange rate of the naira.

He alleged that those behind such calls were only pursuing their selfish agenda fueled by those who had long benefitted from rent-seeking practices in the parallel forex market, which he refused to recognise as a significant segment of the country’s forex market.