It was the end of the road for some oil thieves who specialised in vandalising petroleum pipelines and stealing the commodity as they were arrested on Thursday, September 30, in a community in Ibadan, Oyo State, after they had stolen petrol which they put inside 100 nylon sacks and kept in a truck.

Men of the Oyo/Osun Area Command of the Nigerian Customs Service (NCS), who discovered this illegal act, were said to have arrested some of the oil thieves while the truck where the 100 nylon sacks said to contain about 10,000 litres of petrol and the product were impounded by the command.

It was gathered that at about 7:30 a.m. on Thursday, Customs operatives on operational patrol along the Alomaja area of Ibadan stumbled on a set of people engaged in oil theft and operating with generating sets and hoses while they were also siphoning petrol into nylon sacks after they had vandalised a pipeline. 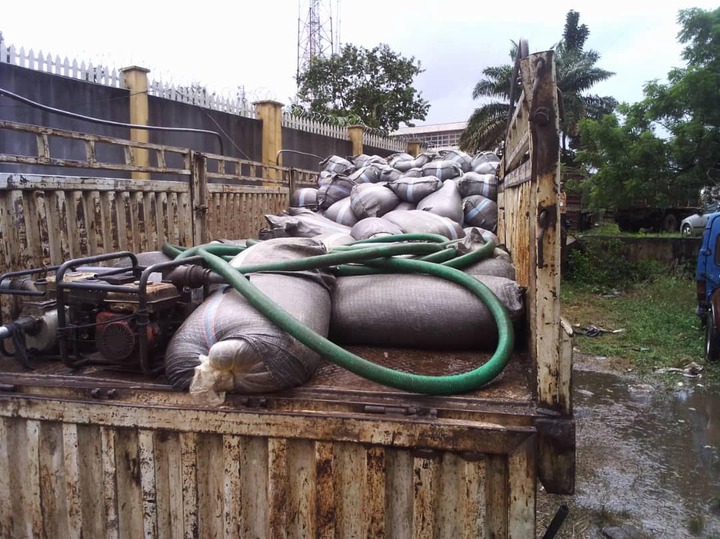 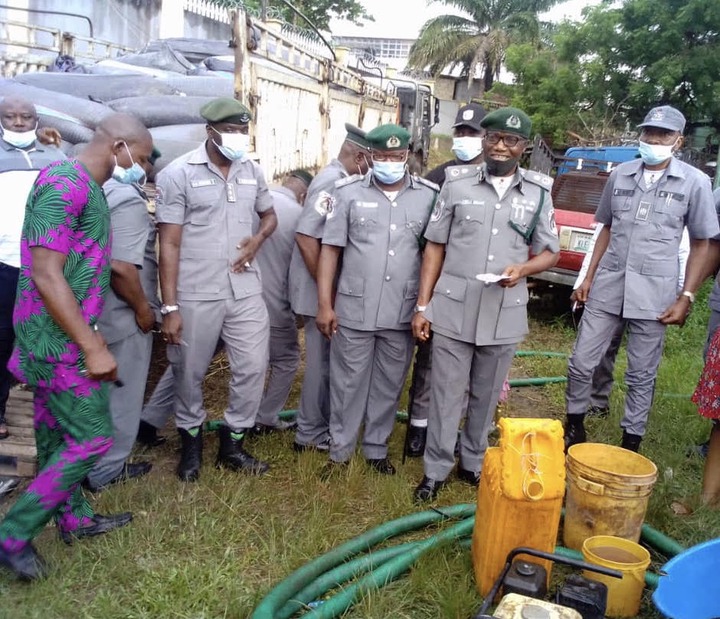 According to a statement by the Oyo/Osun Customs Area Controller, Abdukadir Adamu, shortly after holding a press conference following the arrest which was sent to my mailbox, the men were found engaging in oil theft and operating with generating sets, hoses and siphoning petrol into nylon sacks.

The statement said that the mode of operation of the oil thieves was to leave the scene of the operation with the petrol and offload them into another tanker that would have been parked somewhere, with the aim of taking the content to their desired destinations.

The statement said those arrested, whose names it did not mention, will be handed over to policemen and they will be prosecuted for economic sabotage while also warning those who engage in oil theft to desist so as not to face the wrath of the law.