By Hub-gist (self meida writer) | 6 days 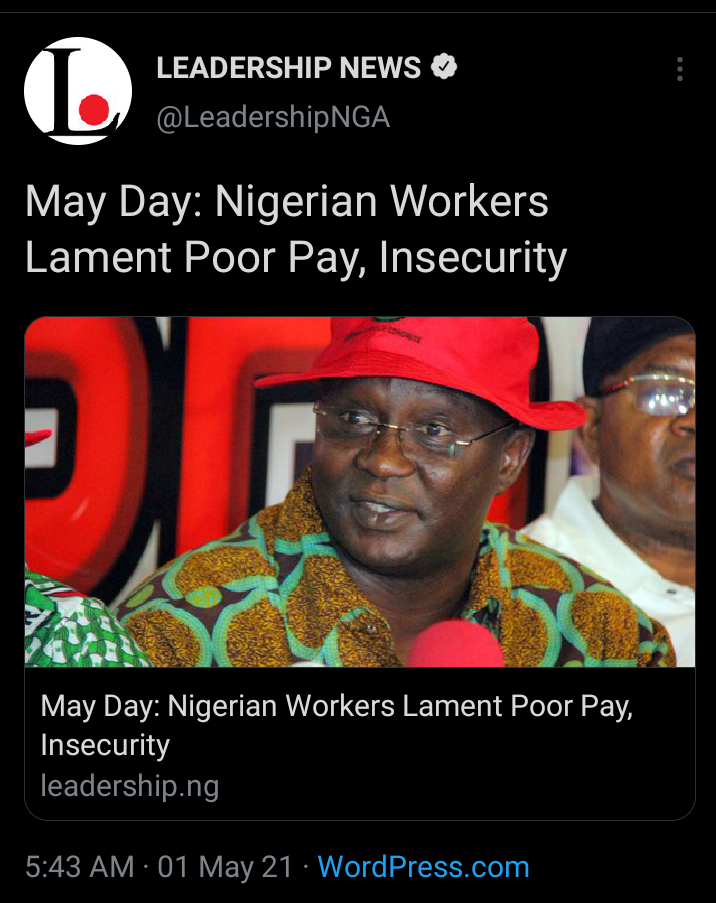 As Nigerian workers join their counterparts across the world to mark this year’s workers day, issues of poor welfare and insecurity have again popped up as their prime concern.

It is also coming at a time when workers, especially in the health sector are at the forefront of the fight against the COVID-19 amidst complaints of poor welfare.

NLC president, Comrade Ayuba Wabba, lamented the state of insecurity in the country, saying workers are mostly targets for kidnapping and killings. 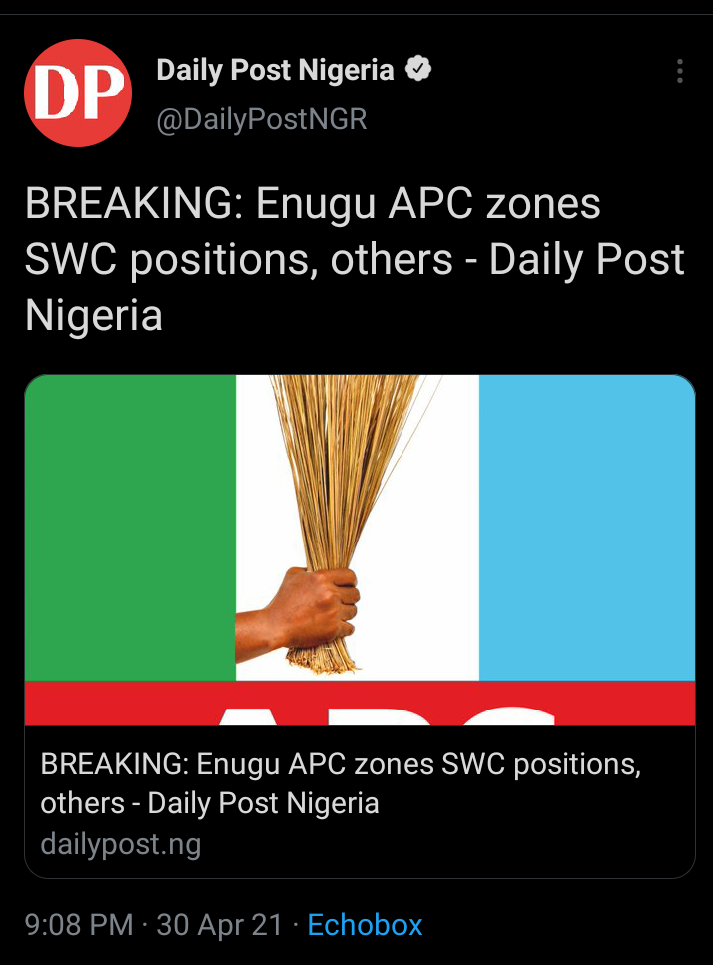 As 2023 approaches so many Political parties have started zoning their Political positions.

Recently, The Enugu State chapter of All Progressive Congress (APC) has zoned the State Working Committee (SWC) and other positions.

Daily Post reliably gathered that the decision was taken during a State Executive Committee meeting held at the party’s Secretariat in Enugu.

The party zoned the chairmanship position to Enugu West, while Enugu East will produce the Deputy Chairman. 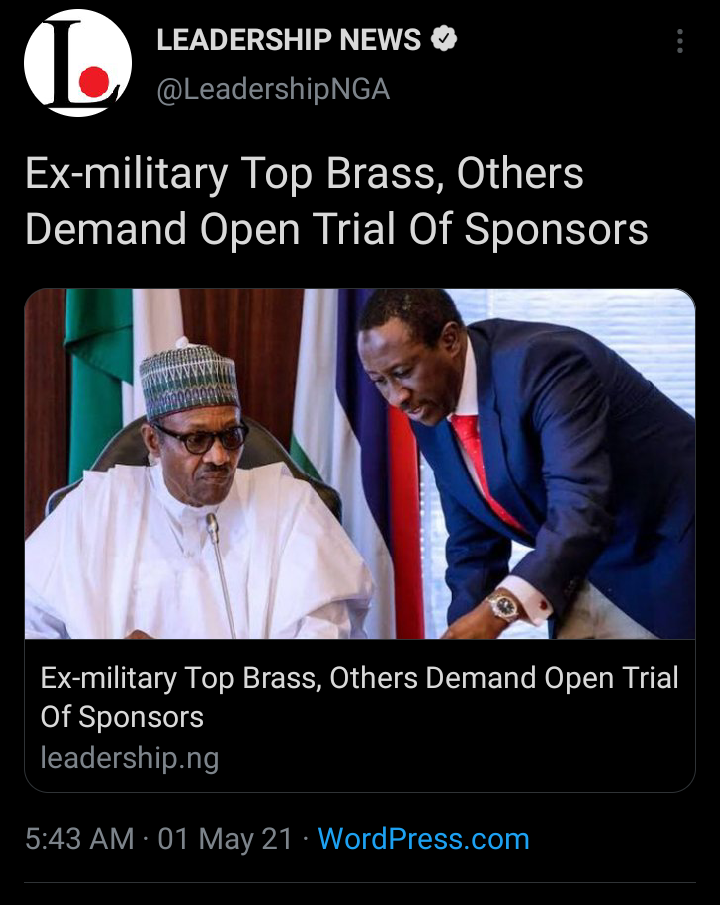 Following the federal government’s revelation that some sponsors of terror have been arrested, Nigerians including retired military top brass, security experts and civil society organisations have called for public trial of the suspects.

They say open trial and public punishment of violent crimes offenders would not only show that justice is served, but also serve as deterrence and show government’s sincerity in the fight against terror.

Recently, presidential spokesman Garba Shehu revealed that several persons had been arrested for alleged links with terrorists and other organised armed groups threatening the peace and stability of Nigeria. He, however, did not reveal their identities, saying it was confidential. 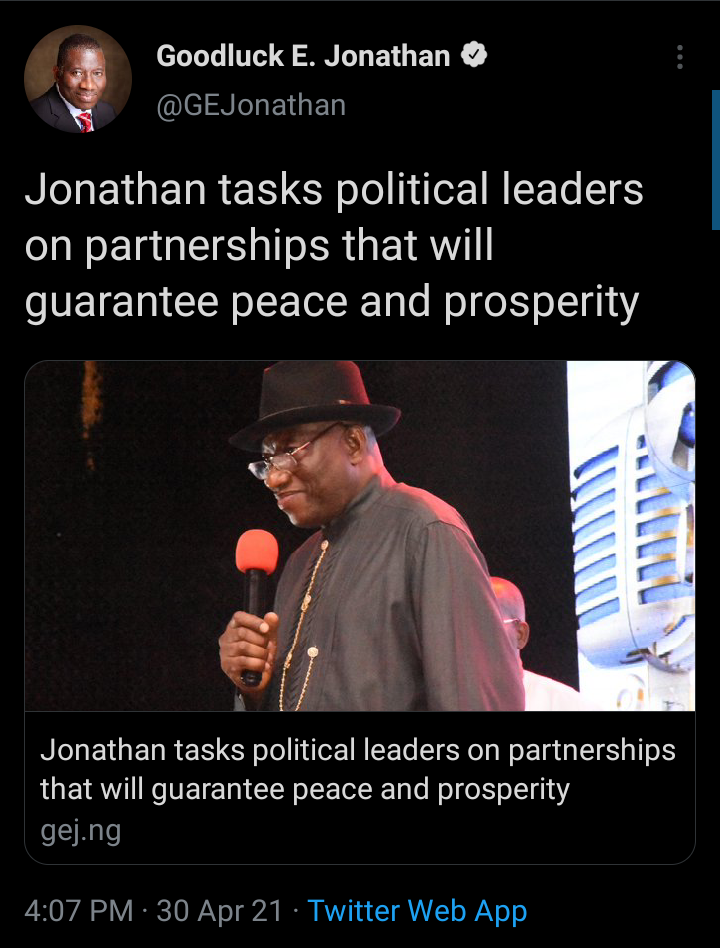 Goodluck Ebele Jonathan was the Former President Federal Republic of Nigeria and a chieftain in People's Democratic Party (PDP).

Recently, Jonathan called on political leaders to create workable partnerships that would advance the cause of justice, global peace and prosperity around the world.

Dr Goodluck Jonathan who is the Chairman of the African chapter of the International Summit Council for Peace (ISCP) made the call during an online International Leadership Conference organised by the Universal Peace Federation (UPF). He noted that the Covid-19 crisis has shown the world that no nation is an island, hence the need for partnerships among nations and organizations. 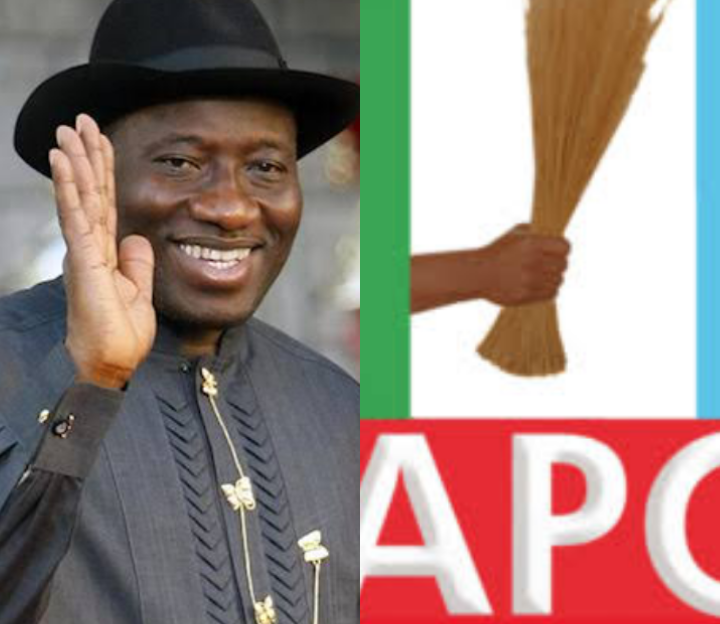