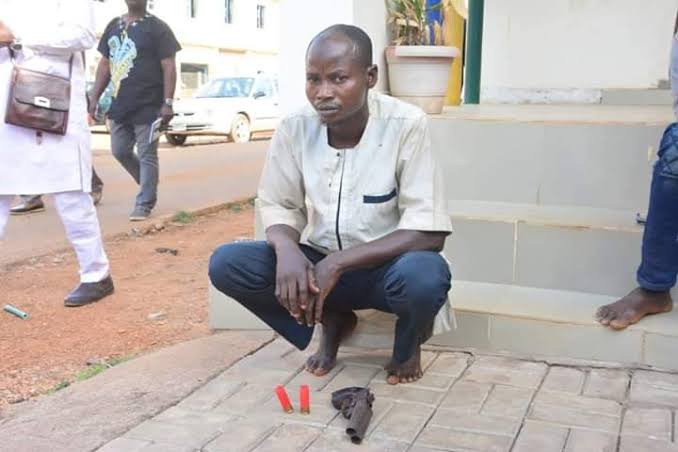 According to a news that was posted by Daily Trust Newspaper this morning, it has been alleged that a Magistrate Court sitting in Ilorin, the Kwara State capital has ordered the remand of a man who killed his kinsman, so that he can take possession of his Bajaj Motorcycle.

According to the information that was given by Daily Trust, it was made known that the accused man, whose name was given as Ibrahim Mohammed, along with his accomplices on the 20th of February, 2021 waylaid his kinsman, whose name was given as Late Usman Abubakar on his way to a wedding ceremony in Gweria Community of Kaiama Local Government Area of the state, while riding on his new Bajaj Motorcycle and attacked him.

During the attack, Usman Abubakar was killed in the process, while the assailants took his brand new Bajaj Motorcycle away, as the secret got exposed during police investigation and the main suspect was arrested.

However, during court hearing yesterday, Ibrahim was arraigned on charges of Criminal conspiracy, armed robbery and culpable homicide, of which the Chief Magistrate, Olukoyo F.O remanded the suspect in prison and adjourned the case to 21st of April, 2021. 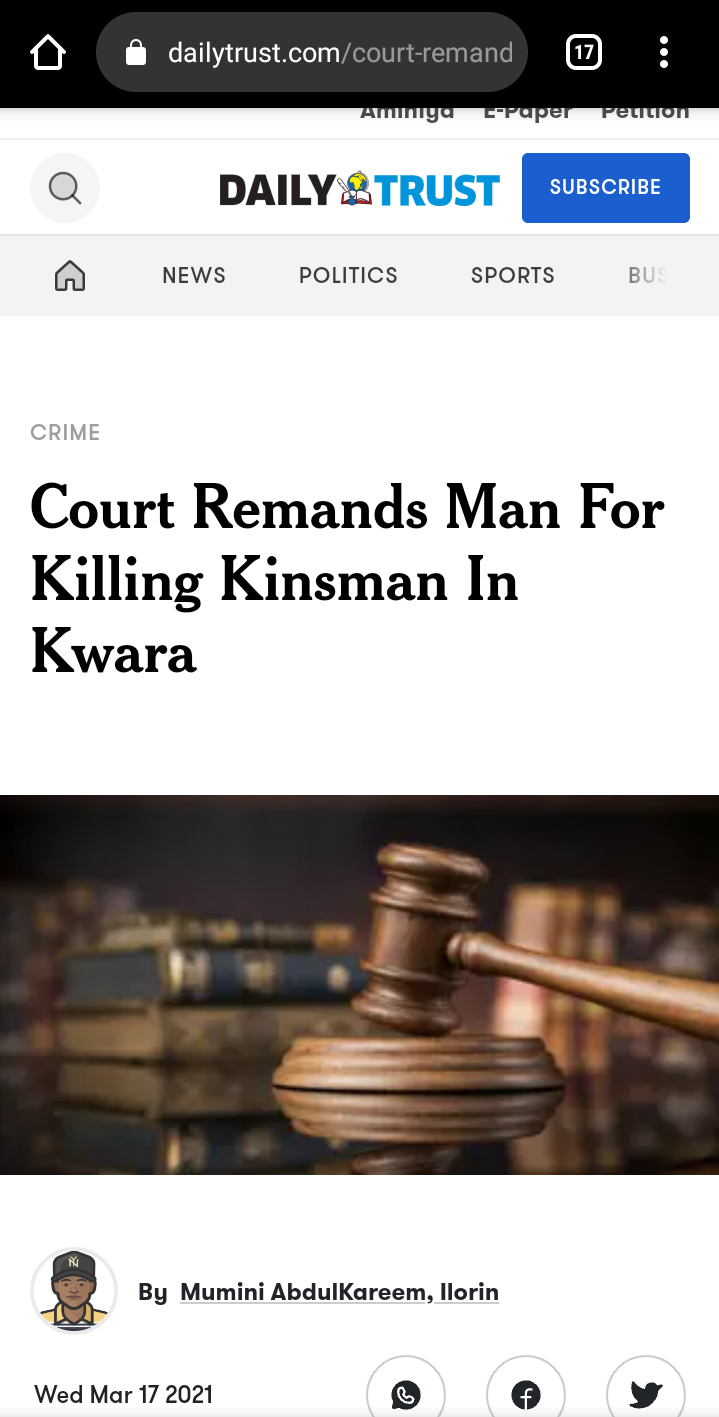 Ay Comedian Shows Off Actress Ufuoma, Calls Her Beautiful Human Inside And Outside (Photos)

Check Out These Lovely Pictures Of Bobrisky And Diana Eneje

To Show Support To The LGBT Community, US President, Joe Biden, Orders All U.S. Embassies To Do This

Between Dorothy And Ceec, Who Is More Beautiful And Fashionable?

No Condition Is Permanent, Mary Daniels The Disabled Hawker, Dazzles Like A Queen In Her New Look

80% of Nigerian Singers Are into Yahoo Business - Uche Maduagwu

Despite Bail, Ghanaian Actress Who Goes Naked In Front of Her Son Landed In Prison Again