By Id_chest (self media writer) | 1 year ago

The Lagos state judicial commission of inquiry is without a doubt giving justice to victims of police brutality. 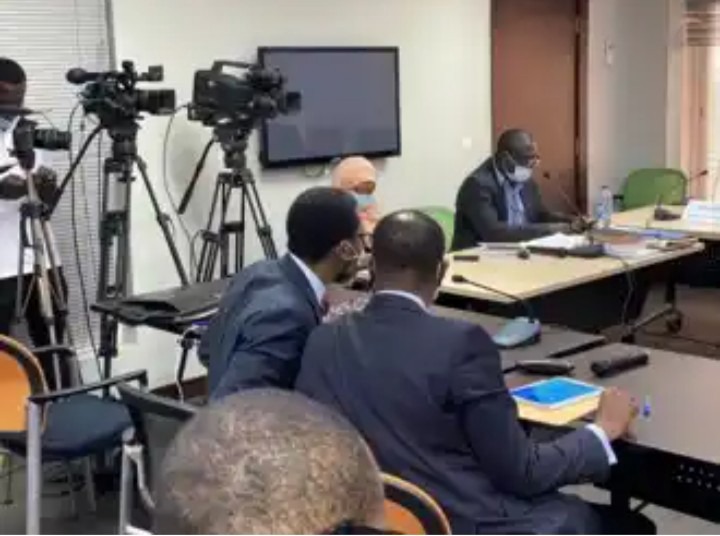 On Saturday, March 27, the panel issued a new decision in favor of more victims.

The individuals will receive N11.75 million in compensation, according to the Doris Okuwobi-led panel.

On Saturday, March 27, a Lagos state judicial panel awarded a total of N11,750,000 to four people who had been victims of police brutality.

According to The Cable, the panel's chairperson, Doris Okuwobi, read the decision in favor of the victims on Saturday.

This is a step in the right direction for victims of police brutality to receive justice (Photo: @EditiEffiong).

Tolulope Openiyi, Tella Adesanya, Felicia Nkemakolah, and Blessing Esanbor are among those supposed to collect the money from the Nigerian Police Force (NPF).

Meanwhile, a Federal High Court in Bauchi had chastised the Nigerian police and awarded them a large sum of money as a result of their actions.

A court has ordered the police to pay N210 million in compensation to a man who was tortured to death over chicken.

The money was given as restitution for the deaths of two Nigerians and the injury of a third.

The chickens were claimed to be the property of a retired cop.

Following his survival of the torture, Bello filed three separate lawsuits against the police, each seeking N150 million in damages and compensation for himself and his two relatives.

The DPO Superintendent of Police Baba Ali is the first defendant in the three separate suits filed at the Federal High Court in Bauchi on October 22, 2020; Sergeant Jibril Mohammed is the second defendant; Inspector General of Police is the third defendant; Commissioner of Police Bauchi State is the fourth defendant; and the Police Service Commission is the fifth defendant.

In a related event, a landmark judgment was released in February by a Lagos state judicial panel hearing cases of police brutality.

After finding their claims meritorious, the jury awarded compensation to certain victims of police brutality in the decision. The petitioners were granted a monetary award of N10 million.

Hannah Olugbodi for being shot by a police officer, and Adebayo Abayomi for the extrajudicial killing of his mother. The compensation was determined by a panel headed by Justice Doris Okuwobi (retd).