By Toptrendsmedia (self media writer) | 21 days ago 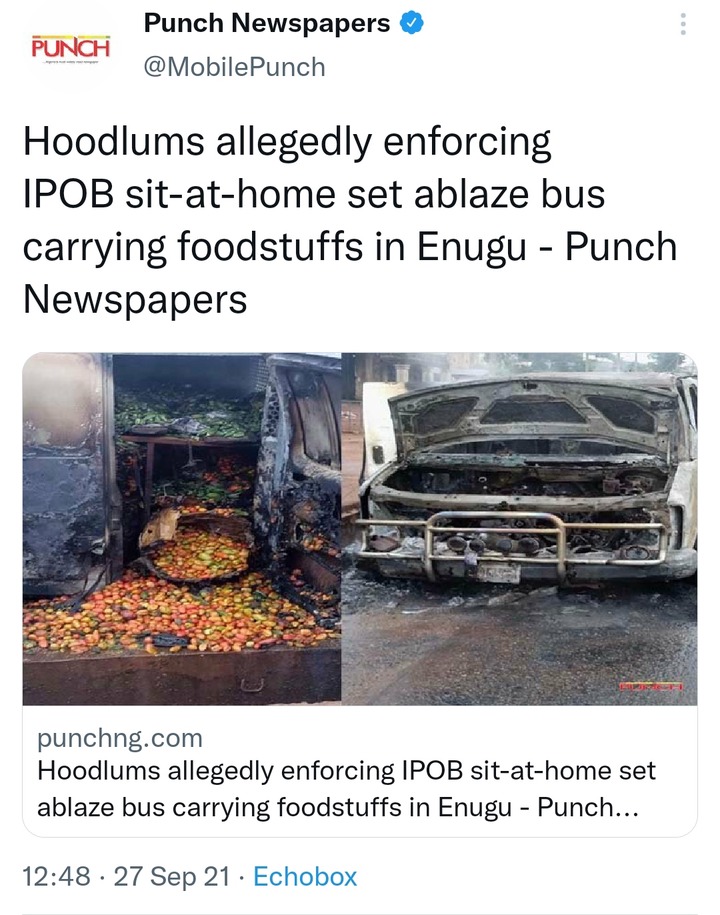 Hoodlums on Monday set ablaze a bus conveying tomatoes, vegetables and other foodstuffs to Enugu for allegedly violating the suspended every Monday sit-at-home order.

It was gathered that the vehicle, Ford brand, was set ablaze by people believed to be enforcing the erstwhile sit-at-home order at Edem junction, Ibeagwa, Nike, in the Enugu East Local Government Area of Enugu State around 5:45 am.

The vehicle was reportedly coming from the Ugwogo end of the Opi/Enugu bypass when it was blocked and set on fire. 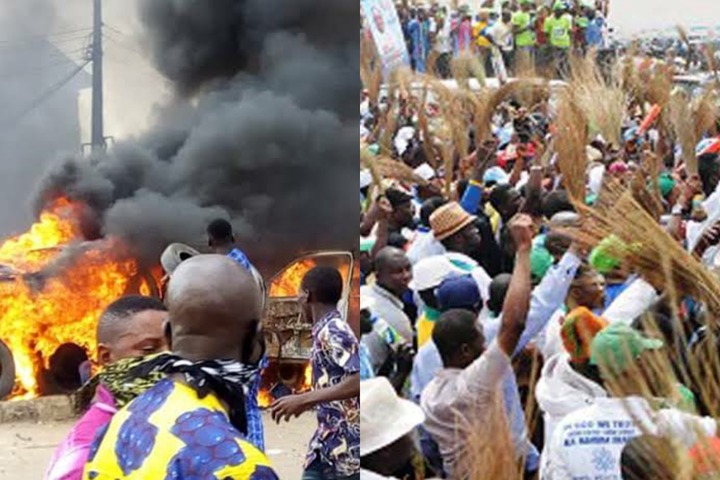 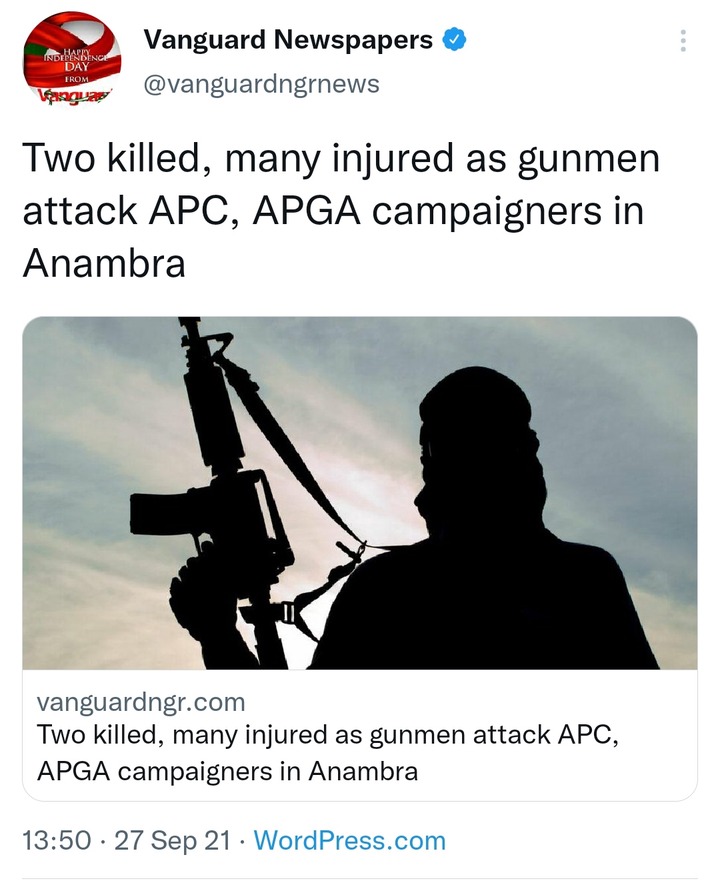 Gunmen have gone on rampage on two locations in Anambra State, killing two persons and wounding many at APC rally, and setting ablaze a car belonging to a leader of Professor Chukwuma Soludo group.

While the attack on APC took place during the party’s rally at Uruagu, Nnewi, the attack on the leader of one of Soludo Support Groups, Dr. Nnelsonn Omenugha took place at Nnobi in Idemili South local government area of the state.

It was gathered that one APC member, whose identity could not be immediately ascertained was killed in the attack with scores wounded, while the attack on the APGA chieftain took place in his hometown, Nnobi. 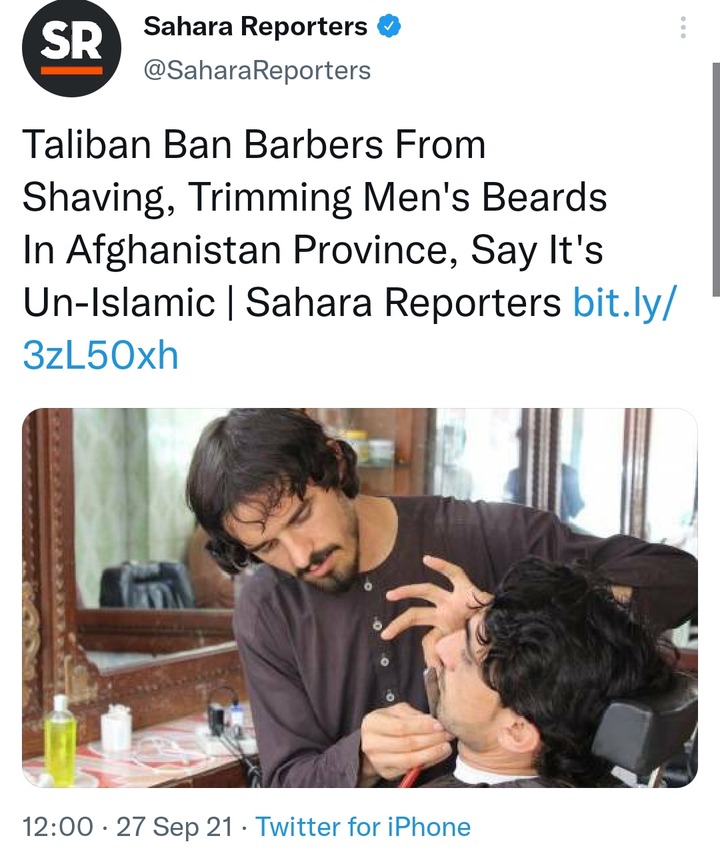 The Taliban have warned barbers in Helmand province in Afghanistan to desist from shaving or trimming beards.

The Taliban said shaving off beards breaches their interpretation of Islamic law.

In a report by BBC, the Taliban police said anyone caught violating the rule will be severely punished. 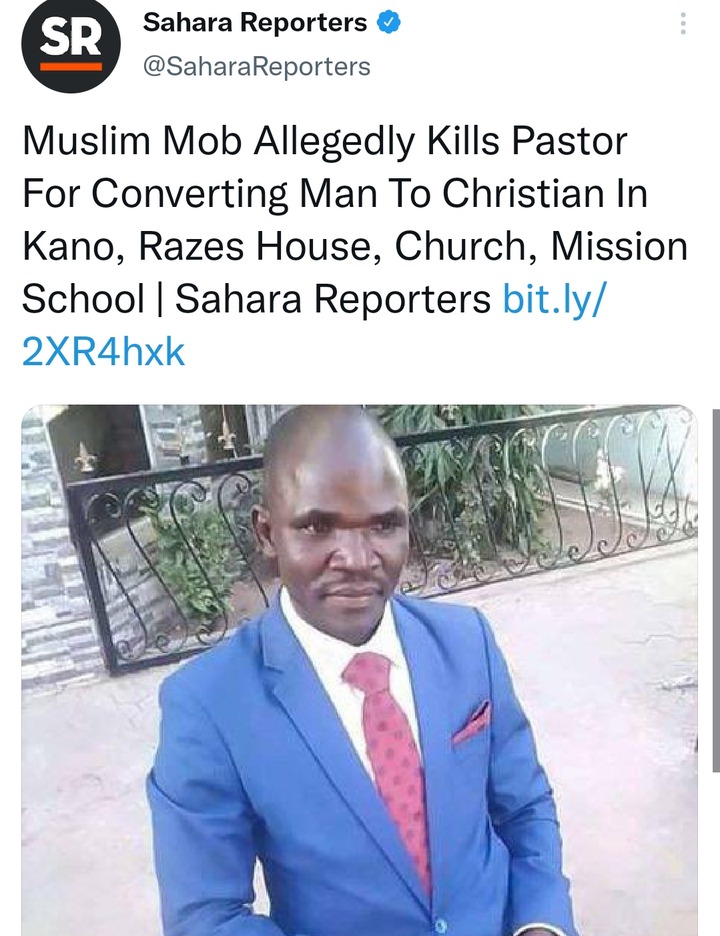 According to the Hausa Christian Foundation (HACFO) in a statement on Sunday, the mob also burnt down the slain pastor’s house, church, and mission school.

The incident reportedly happened when a young Muslim man who converted to Christianity allegedly killed his brother’s wife during a fight and the mob suspected that the pastor had a hand in his alleged conversion. 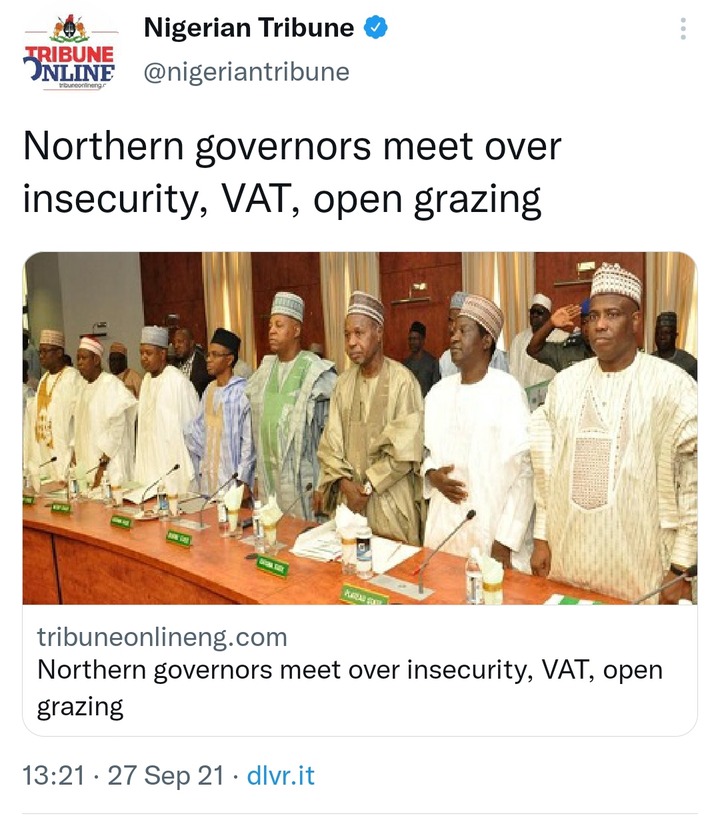 Governors of the 19 Northern states in the country are currently in a closed-door meeting in Kaduna over the level of insecurity bedevilling the region as well as the controversial Value Added Tax (VAT) and open grazing which has been on the front burner of discourse in recent times.

Declaring the meeting open in Kaduna on Monday, the Chairman of Northern Governors Forum, Plateau state governor, Simon Lalong said the meeting is also expected to deliberate on the peace, progress, and development of the region and the nation at large.