How cultist was arrested with pistol, three bullets at his hideout

A young man said to be a notorious cultist has finally landed in police net during a raid on his hideout and he was arrested with a pistol and three bullets during the raid, the Delta State Police Command announced on Friday, September 17.

The man, whose name was given as Rukevwe Afakpor, aged 29 years, was said to have been arrested by men of the Operation Raider attached to the Delta State Police Command during the raid on his hideout in Sapele area of Delta State.

It was gathered that the raid on the hideout was carried out following a tip-off received by the operatives who eventually swooped on the hideout of his cult group. While others fled on sighting the policemen, he was not lucky as he was promptly arrested. 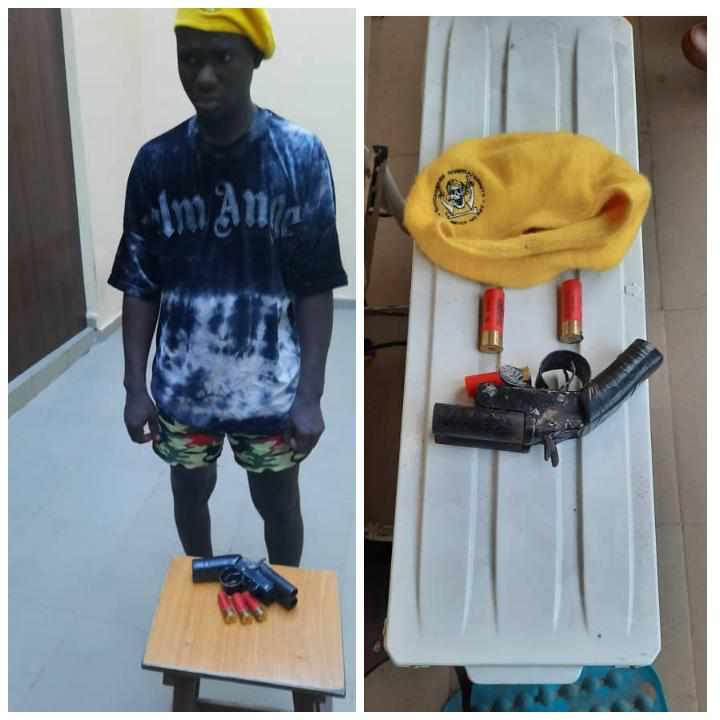 According to a statement by the state police command through its acting Public Relations Officer, Bright Edafe, on the Facebook wall of the command, at the point of his arrest, a locally-made pistol, the cap of the cult group and three bullets were recovered from him.

The statement said during interrogation at the police station, he admitted being a member of a cult group and his group had committed a lot of atrocities and killings in the Sapele area of the state and its environs.

The statement said more investigation about his activities were ongoing after which he will be prosecuted in the court of law.