They were said to have planned to launch reprisal attacks on some teenagers who belong to another cult group and are students of Junior Secondary Schools, Akinyele, Alakuko, Lagos State, before they were arrested by operatives attached to the Alakuko Division of the command. 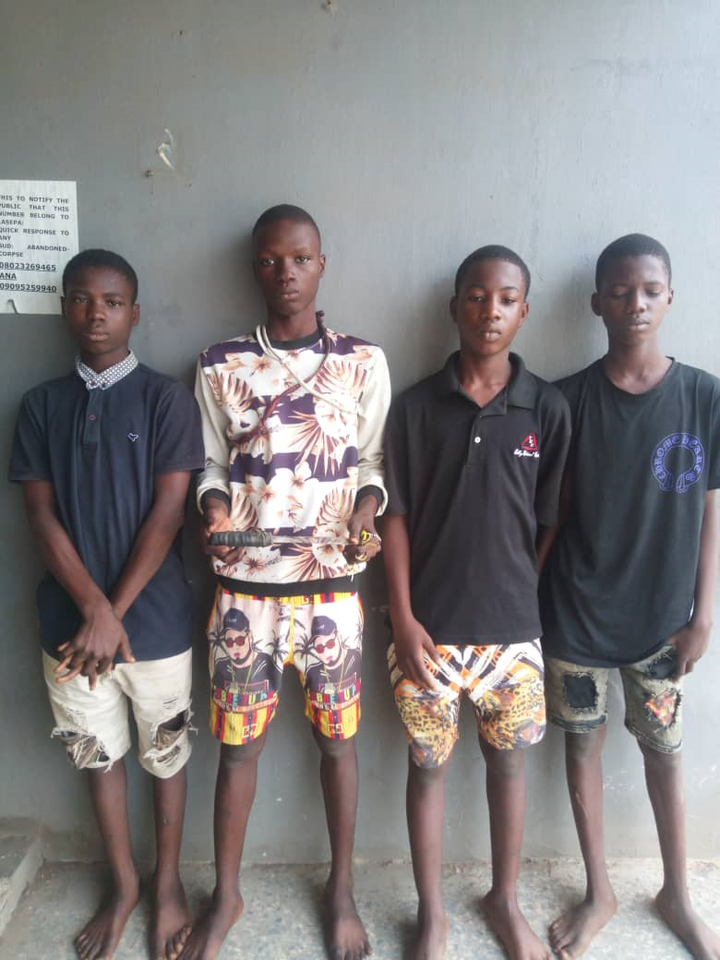 According to a statement by the state police command through its Public Relations Officer, Muyiwa Adejobi, on the Twitter handle of the command @LagosPoliceng, the teenagers were said to have to have been arrested when The police operatives got winds of the planned reprisal attacks and arrived the scene immediately the teenagers arrived to attack their targets.

During their arrest, the statement added that items like cuttlasses, substance suspected to be Indian hemp and assorted charms were recovered from them.

According to the statement: "Police operatives attached to Alakuko Division of the Lagos State Police Command, have arrested four student-cultists that came from Ogun State for reprisal attacks on rival student-cultists at the Junior Secondary Schools, Akinyele, Alakuko, Lagos State.

"The police operatives had got winds of the planned reprisal attacks on their rivals in the school and raced to the scene immediately the teenagers arrived to cause pandemonium and attack their targets.

"Items like cuttlasses, weeds suspected to be Indian hemp and assorted charms were recovered from them.

"The Commissioner of Police, Lagos State, Hakeem Odumosu, has ordered that the students-cultists be moved to the command's Special Squad, Ikeja, for more investigation and possible arrest of other members of their cult group."