By OREKOYA (self meida writer) | 23 days 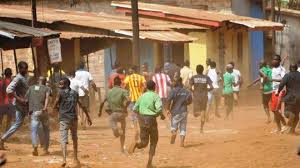 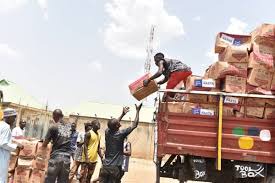 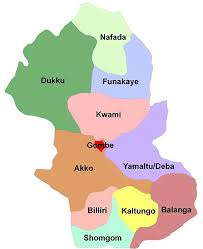 It is understood that 2 ethic groups in Gombe, the Nyuwar and Jessu, had cohabited peacefully as one big family for as far back as 400 years ago when the entire area was a thick forest full of wild animals.

They were said to have lived together as brothers and sisters ,intermarried and united against external common enemies.

That was the uniqueness of life the Nyuwar and Jessu communities lived before the night of Monday,10th April, 2021 when an assault by many youths from Waja, who were reported to be high on drugs,dismantled the historic long peaceful co-existence between Waja and Lunguda tribes in Nyuwar andJessu communities, Gombe State.

The destruction following the heinous attacks was said to be on a large scale and really surprising because it was a case of brothers assaulting brothers.

Pisagi,the spokesman for the District Head, Yuhana Galmaka,was reported to have lost his brother,who happened to be the elder brother to the district head that got killed during the deadly attack on Nyuwar community by Waja youths.

The invaders reportedly arrived the community at about 10 pm on Monday before assaulting the community residents, "leaving blood,deaths,tears and fire behind".

Nyuwar community was reportedly destroyed with over 90% of its structures dazed down by the attackers.

It was revealed that an alleged statement made in the year 2019 by a certain man identified as Shata, who threatened that the Wajas in Nyuwar were in the process of attacking the community, later manifested with the attacks that claimed lives and properties in Nyuwar.

It should be noted that Nyuwar is the community that produced the previous Secretary to the State Government and the Attorney General and Commissioner for Justice in Gombe State.

The security reports on the current situation in the affected community is that it will take over 10 years of government commitments for normalcy to return to the community.

Adamu Dishi Kupto,who is the incumbent Commissioner for Internal Security,who headed the emissary sent to deliver the relief materials as promised by Governor Yahaya,made it known that he was still in great surprise over the development.

The Commissioner disclosed that the degree of trauma experienced by the locals had negatively impacted on their psychology,saying that the people were now living in fears and finding it very difficult to close their eyes while sleeping at nights.

Kupto said in quote :“We are really shocked, we are disappointed and dismayed with the way the thing happened. It is so sad to see lives and properties destroyed like this,”

Meanwhile,reliable reports insisted that currently, women and children are already scattered in churches as well as in neighbouring villages.

As Robbers Invade Residence in Aso Rock, There Is Difference Between Aso Rock and Aso Villa

For People Who Intend To Travel Out For Better Life, See What Pst. Adeboye Once Said About It

Opinion: Never Curse Or Loose Hope In Nigeria, Even As We Are Faced With Security Challenge

Opinion: N'golo Kante Could Be The Best Midfielder To Ever Play If He Wins The UEFA Champions league