80 Year Old Man Drags His 71 Year Old Wife To Court, Says She Denied Him S-e-x and Stabbed Him

By RealNewsGist (self meida writer) | 1 months

A couple who have lived together for over 50 years have fallen out of love as the man has dragged his wife to court. 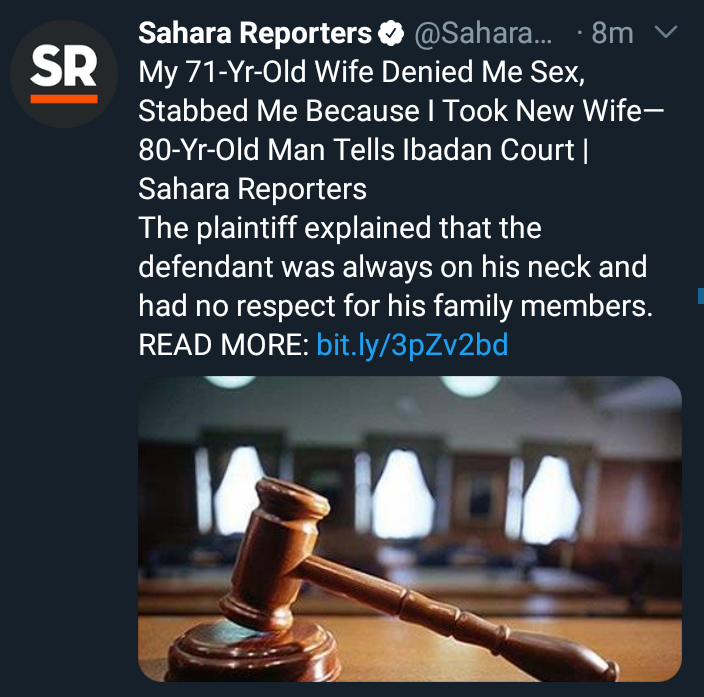 Muritala Haroon who is already an octogenarian stated that his wife, Alhaji Afusat Haroon has no regards for him or his family members and tried to stab him at one point.

This lead to her being dragged to Oja Oba/Mapo Court C Customary Court, Mapo, Ibadan in Oyo State. 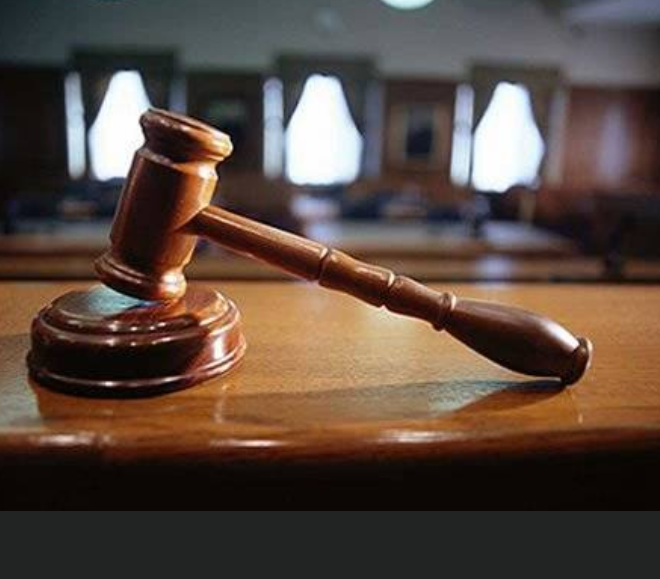 According to him, they have been married since 1969 and have 6 children of which the eldest is 47 years old.

Muritala stated that his wife hasn't given him rest of mind and has also gone as far as turning their children against him.

He also said that his 71 year old wife refuses his advances in the inner room and boldly tells him that she has another man who takes good care of her.

He also told the court that his wife attempted to stab her when his married a new wife.

Hence, Muritala pleaded that their marriage be dissolved by the court.

However, Afusat is against the motion to dissolve their marriage.

She said she has faithfully served her husband and that she refuses him s-e-x inorder to protect herself.

She said her husband loves women and in Currently in different relationships. She also mentioned that her husband hits her and has done so with a stone and iron bar on different occasions. 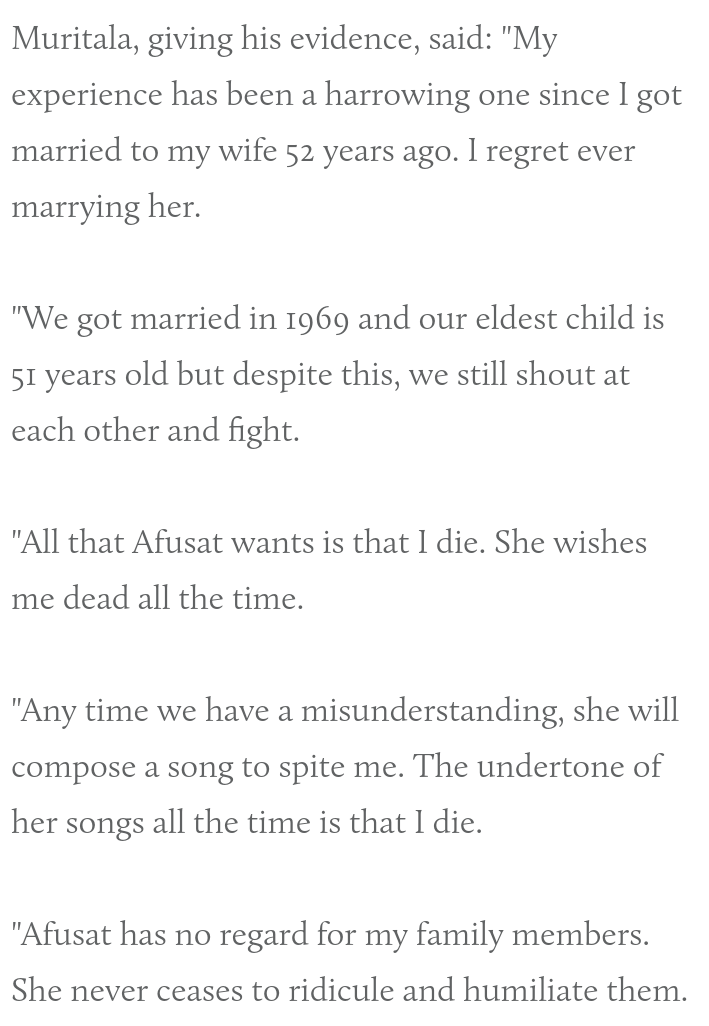 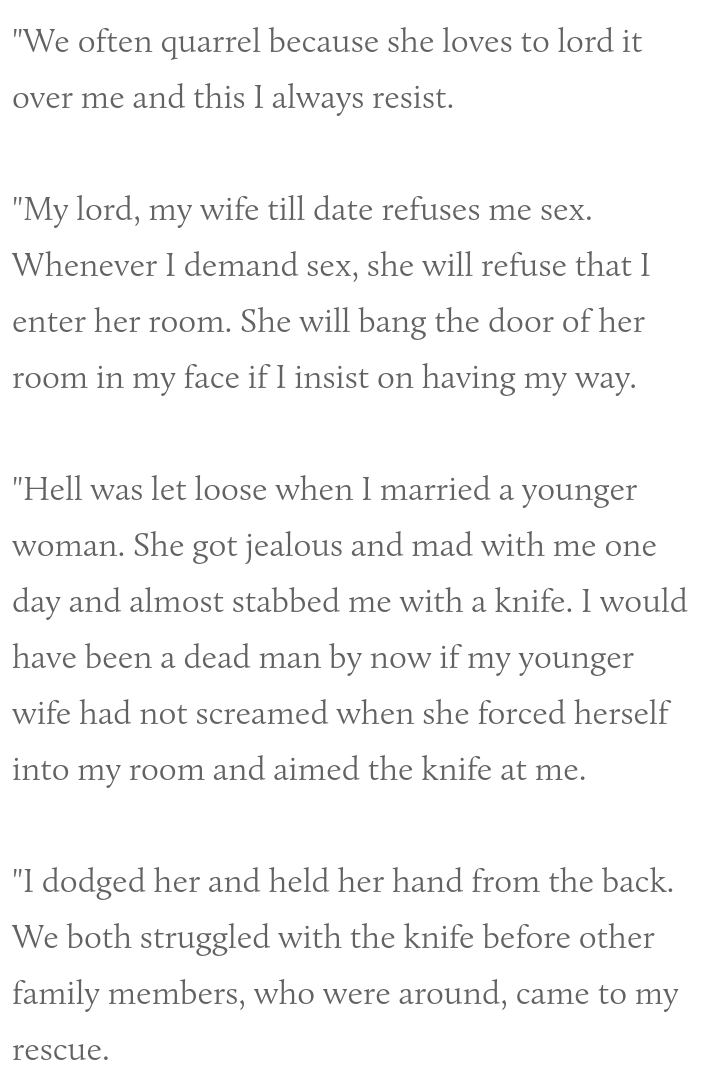 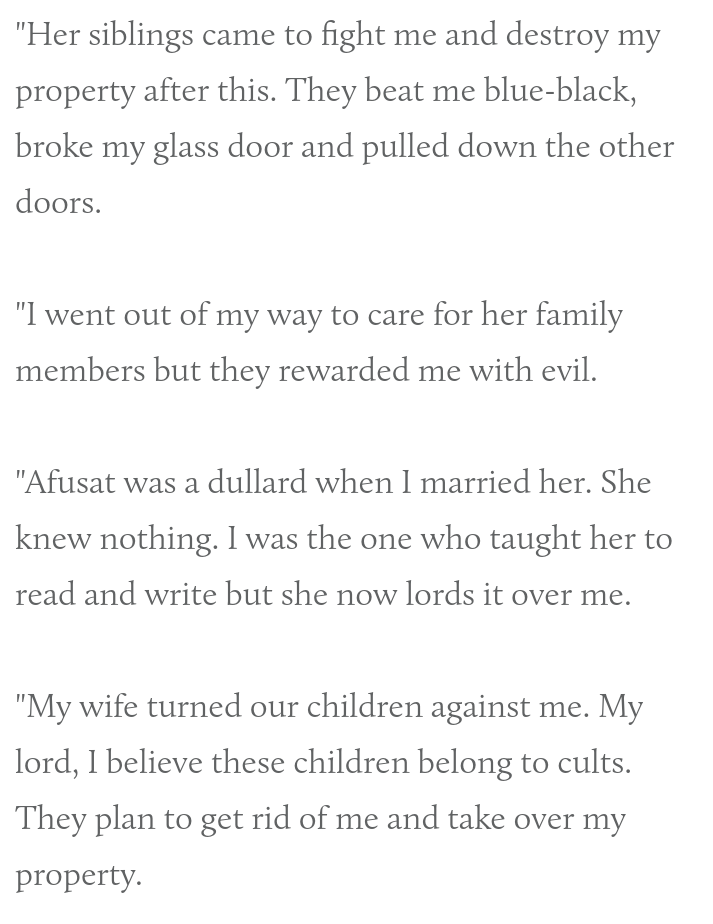 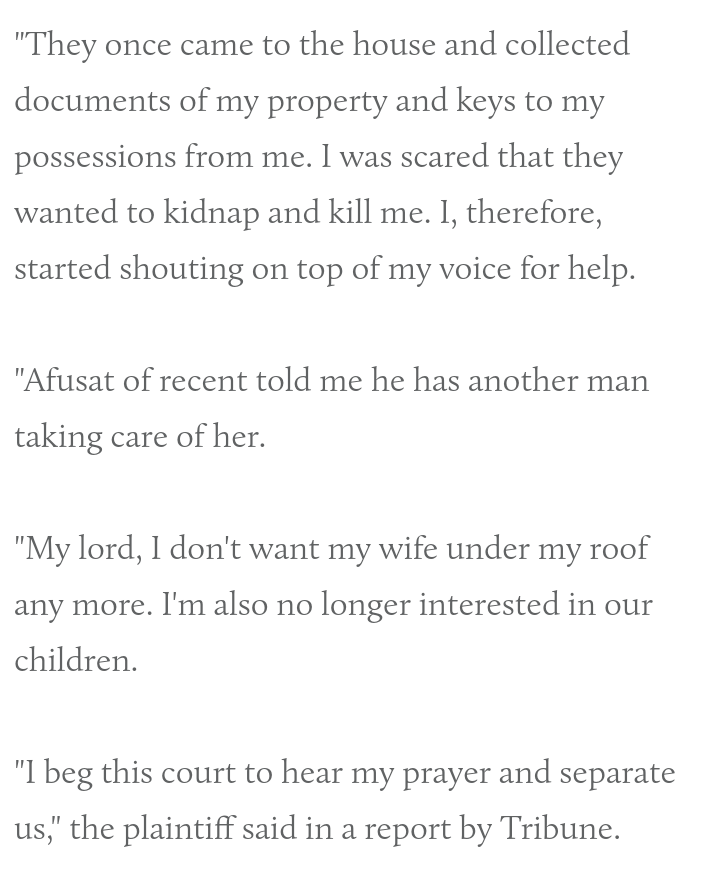 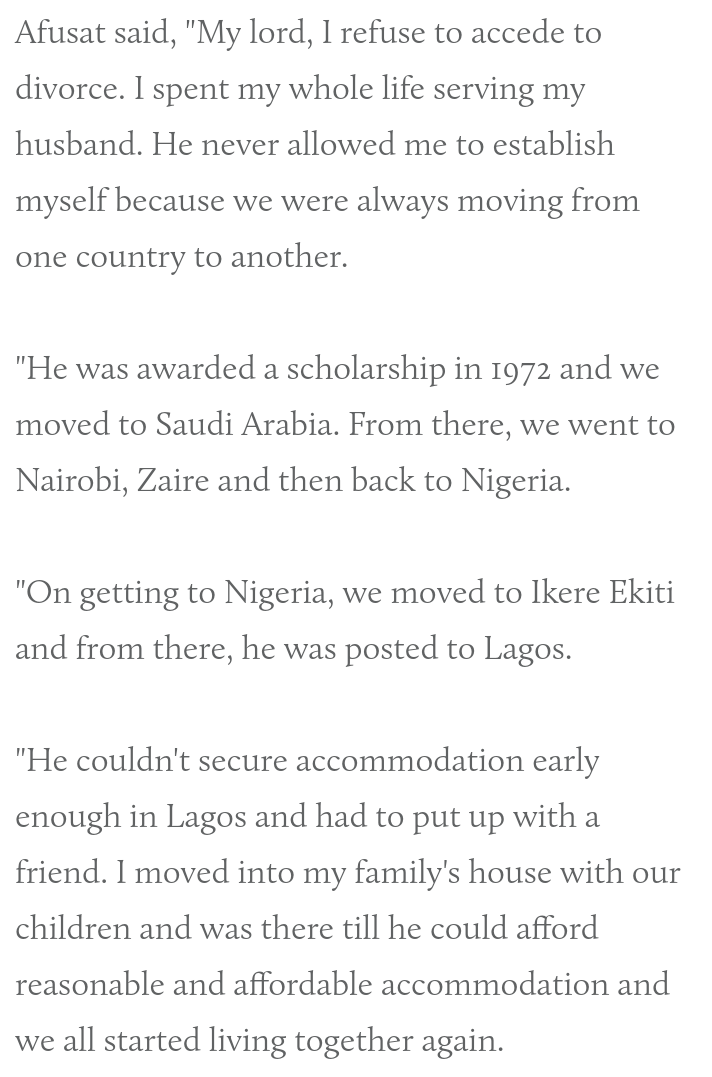 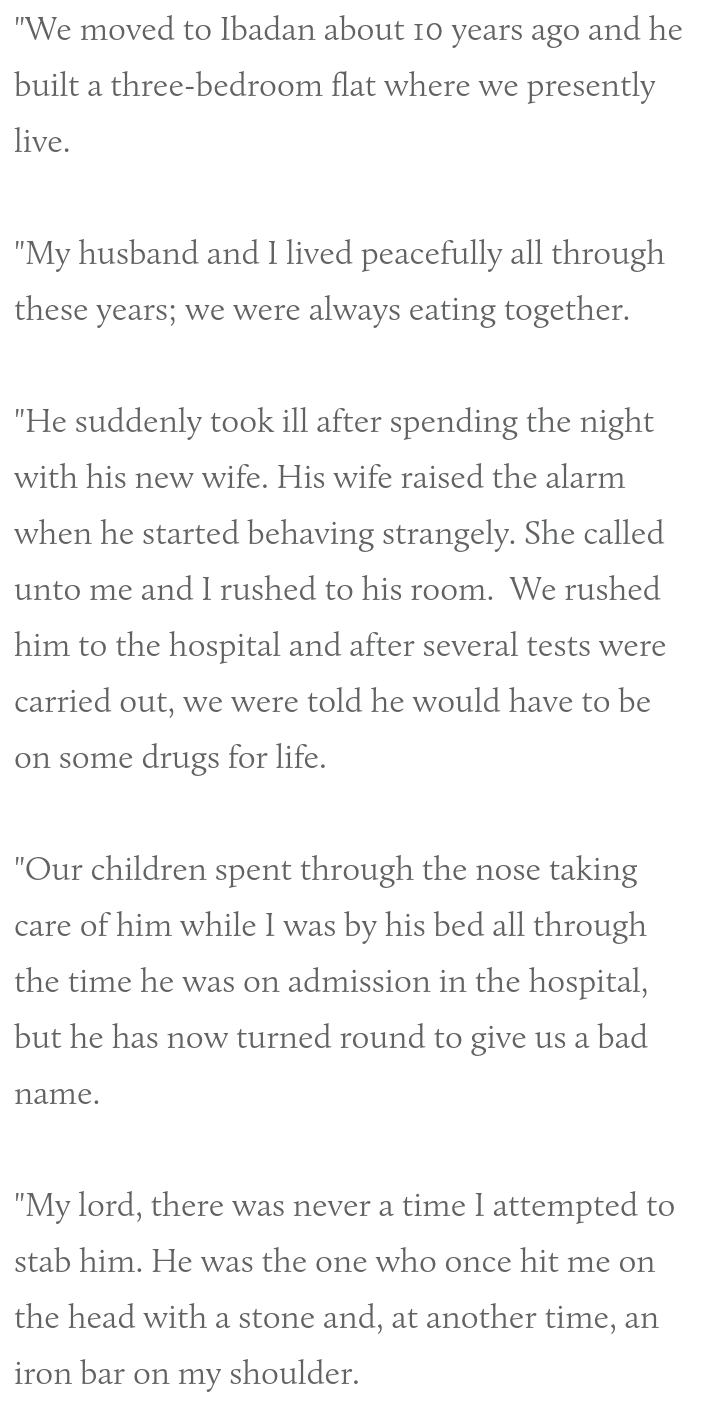 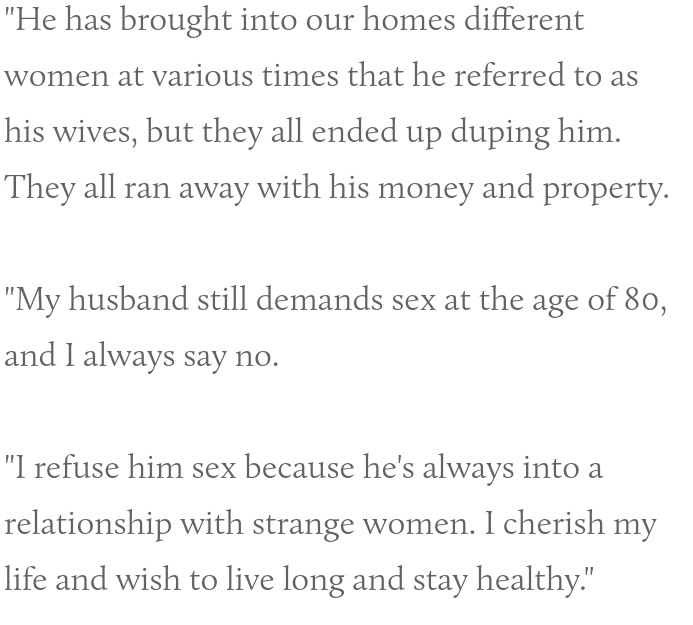 What do you think is the best solution to the problem this couple who should be living a 'Happily ever after' life are facing? Tell us in the comment section below.

Mothers, Here Are 30 Lovely Ankara Outfits You Can Rock This Weekend

Ufuoma Mcdermott Stuns In Colourful Outfit To Celebrate Her Birthday

Reactions As Man Reveals Why His Friend Left His Girl

Photos: Mixed Reactions After A Man Proposed To His Fiancée In Public

Photos: Take A Look At How A Man Proposed To His Girlfriend On The Roadside That Got People Talking

4 Things A Lady Will Do When She Loves You