The family of a baby identified as Nohim Ishola are currently in confusion and fear after he suddenly went missing. This incident happened in Otto Community, Lagos State. This Community has a bad history of children going missing from time to time. 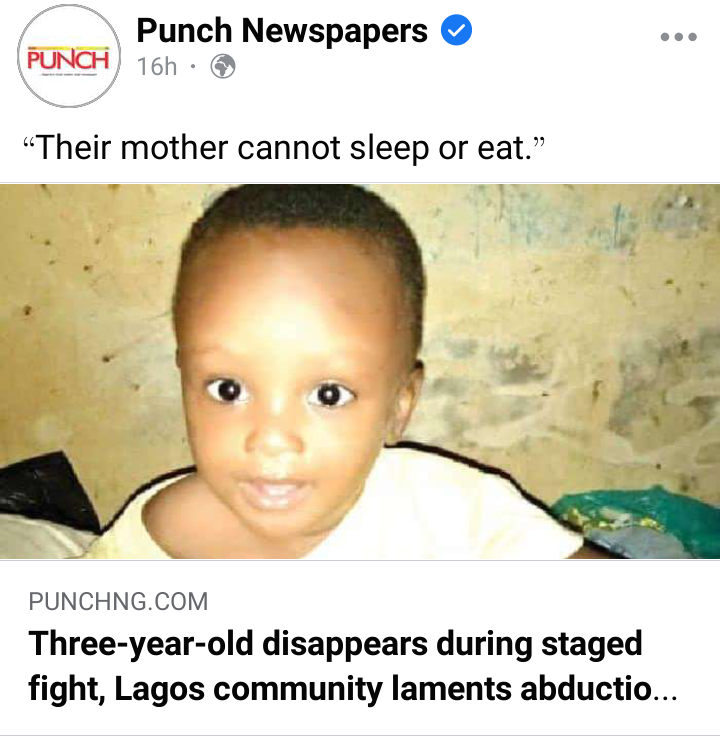 It was on a Sunday that the 3 year old boy suddenly disappeared, the little boy and his siblings were going to their grandmother's side when the incident happened. While on their way, 2 people just started fighting immediately on the street. The people just broke a bottle and the fight broke out in front of everybody.

After the fight broke out Nohim Ishola instantly went missing, he had been kidnapped in the midst of the crowd. The parents explained that it's not the first time that the kids would be going to their grand mother's house alone.

The boy's Mother explained that it seems like her kids were followed and everything was planned. They also revealed that the fight that broke out was fake and staged, it was created to distract the people and Kidnap the child. Immediately the little boy went missing, the fight stopped and everywhere became calm. Once the siblings noticed that their baby bro was missing, they immediately ran to their grandmother's house.

This will not be the first time that such a thing has happened in the community, alot of kids had been kidnapped in the past and were never found. According to punch Newspaper, the Mother of the little boy can not eat or sleep because of her missing son. She is actually very scared because all the kids that went missing in that street were never found.

This is definitely a wake up call for parents in the country to be vigilant with their kids. Stop leaving your little kids alone to go out when you know they can not take care of themselves. It is best you put them in the company of an adult that will assist and protect them from harm. 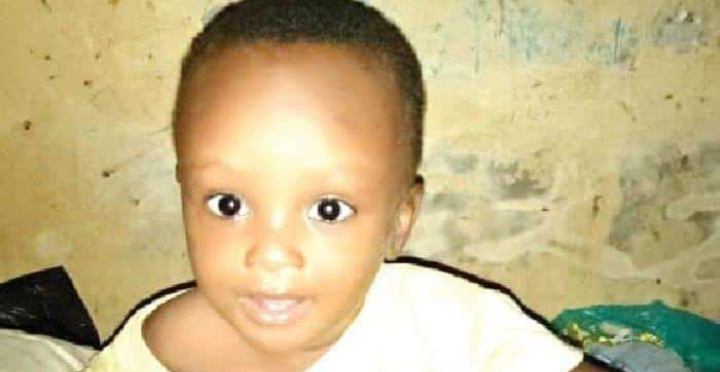 Also teach your kids to avoid distractions when going out, if they see any fight or any event happening along the way they should just leave the area. Let them not stop on the road to watch any fight, neither should they stand on the road to watch any program. Alot of Kidnappers now try their best to distract their victims before kidnapping them. Teach them to go straight to wherever they are meant to go.

Also teach your kids to ignore strangers they come across on the street, they should not answer any body they are not familiar with.