By Gallant_posh (self media writer) | 8 months ago 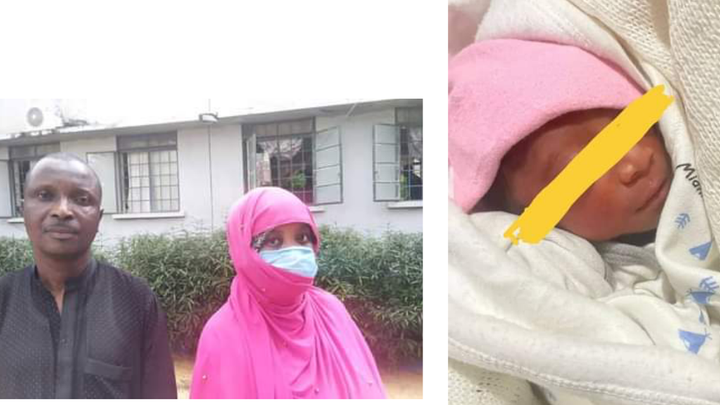 A couple who stole a day-old baby from the Muhammad Abdullahi Wase Teaching Hospital in Kano, have been arrested by the Kano State Police Command.

Public Relations Officer (PRO) of the Command, DSP Abdullahi Haruna-Kiyawa, said in a statement that a resident of Gayawa quarters, Ungogo LGA of Kano, Rabiu Muhammad, had reported missing one of the twins his wife delivered at the Teaching Hospital on Tuesday, September 7.

According to the Police PRO, a team of detectives were deployed by the Police Commissioner, CP Sama'ila Shu'aibu-Dikko, to rescue the baby and bring the culprits to book.

The team had stormed the facility for a search operation but the baby could not be found.

The Police PRO revealed that an intelligence report led to the arrest of the suspects, Maryam Sadiq, 22 and her husband, Abubakar Sadiq, 50, all of Rijiyar Zaki quarters, Kano. The baby was recovered from the culprits at their home.

Maryam Sadiq had confessed that her husband had influenced her to steal the baby boy from the Hospital as he had been longing for a male child.

The new born baby had already been reunited with his parents and the suspects would be charged to court upon completion of investigations, added the Police Spokesman.