By Gist_Meel (self meida writer) | 1 months

Instead of due applause, The event was frowned upon by some Imolites. In the comment section of the Governor’s post, Ndi Imo berated the Governor for purposely commissioning a project twice.

To be sure, Chief Mbata's action is more than commendable and like the governor stated in both the first and second commissioning ceremony, other wealthy Imo businessmen and organizations should follow in the footsteps of Alex Mbata. 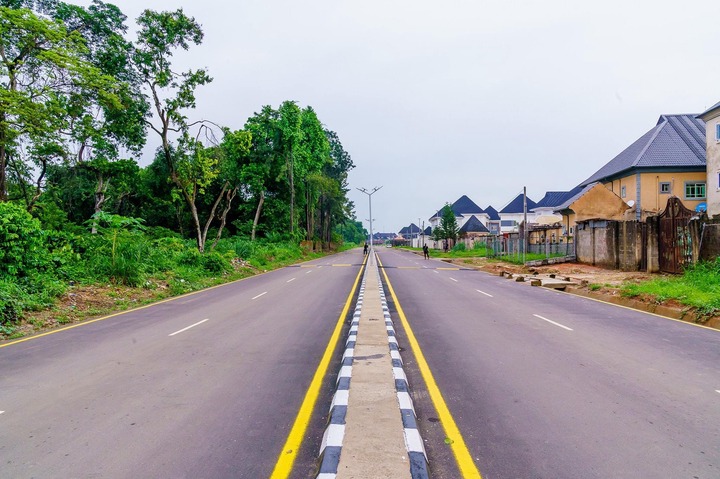 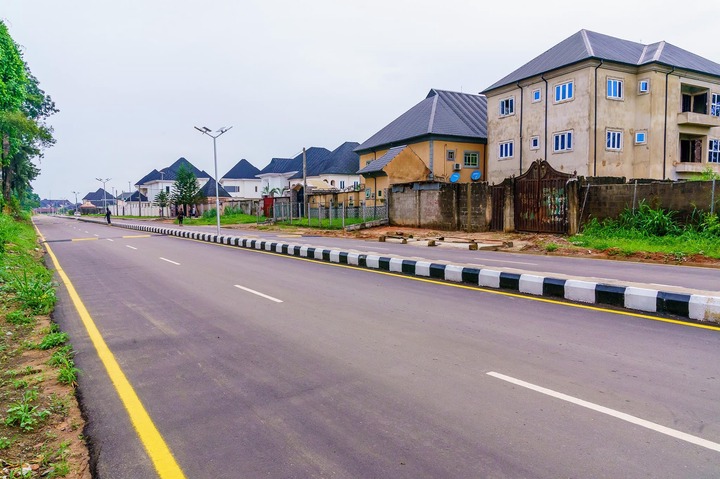 When the governor was represented at the first commissioning by his deputy, Professor Placid Njoku, many Imolites had nothing but commendations for the project and the donor, but this second commissioning has understandably attracted more negative reactions than positive. 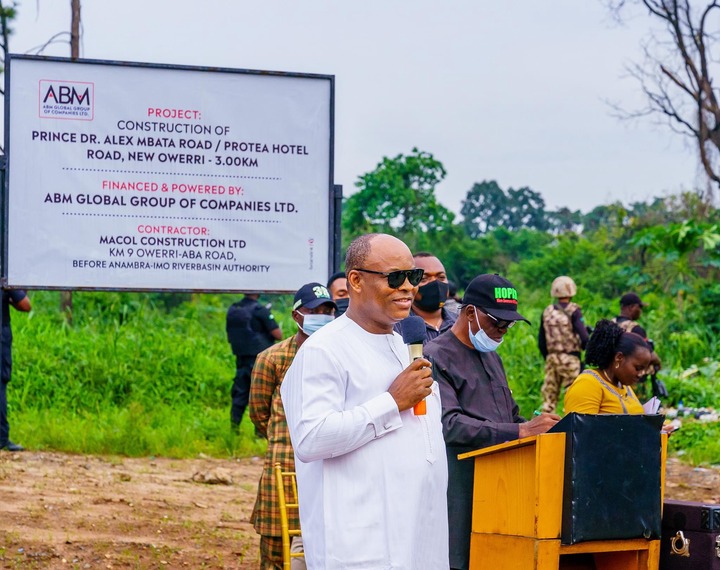 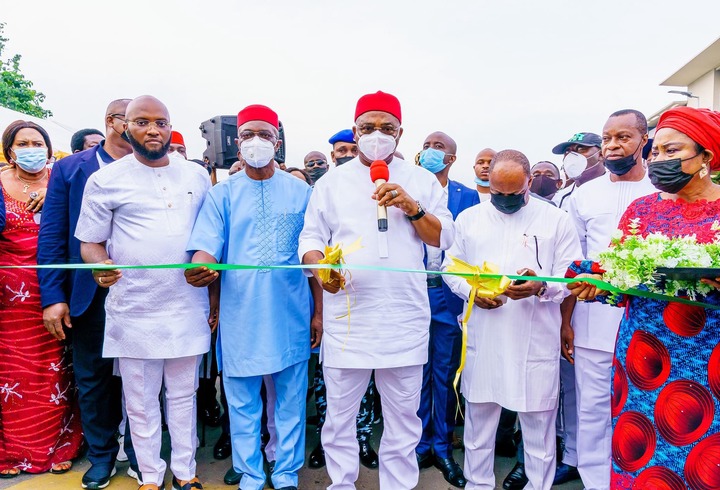 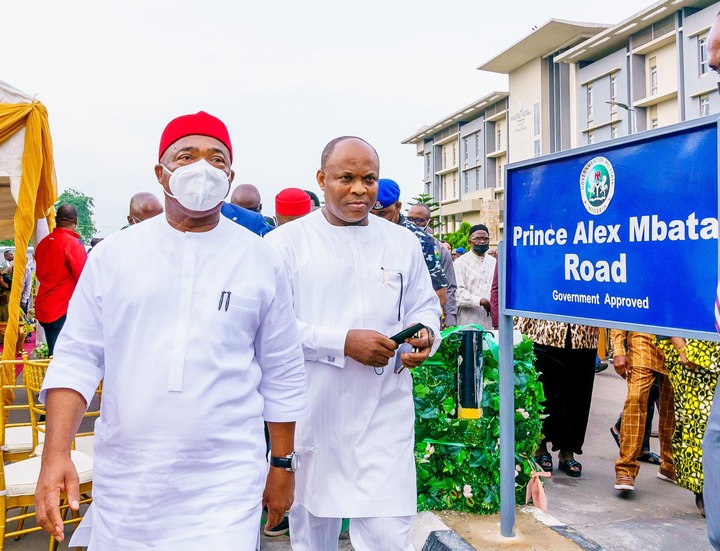 As widely criticized by Ndi Imo, This second commissioning is a wasteful jamboree. If proper accounting is done, we may find out that the government may have spent close to the amount used in constructing the road on these elaborate inauguration ceremonies. The government would have received accolades if it used the money wasted on this second commissioning to flag off numerous projects begging for attention across the State.

Also, how a road that was reported to be two kilometers during the commissioning done by the deputy governor suddenly expanded to three kilometers, when no extra ton of stone was dropped on that road from the time it was first commissioned to this second commissioning tells a lot about the integrity of the governor and his administration. His Excellency Distinguished Senator Hope Uzodimma should insist on being told the truth about situations, because it doesn't speak good of a leader to 'always' say things that could be faulted. 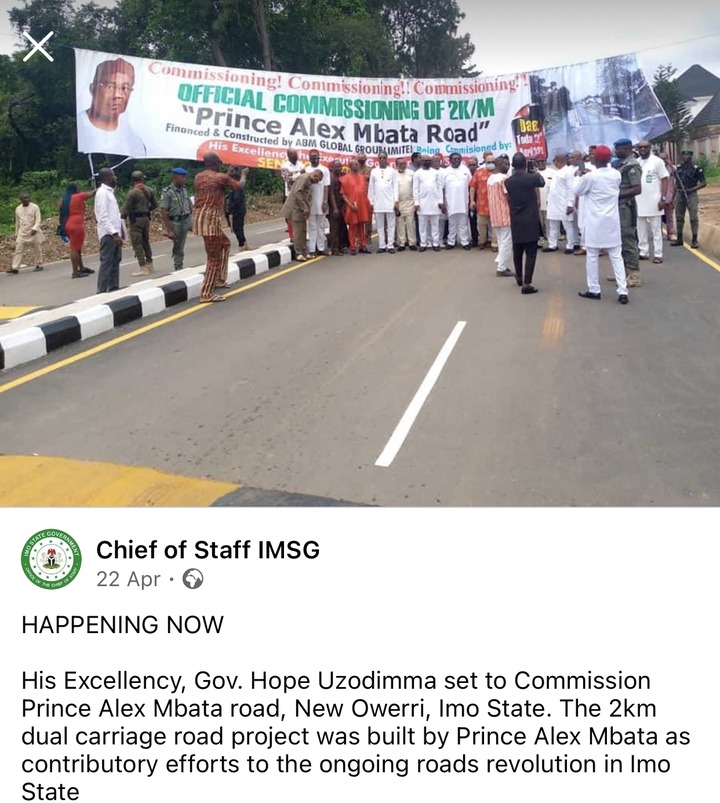 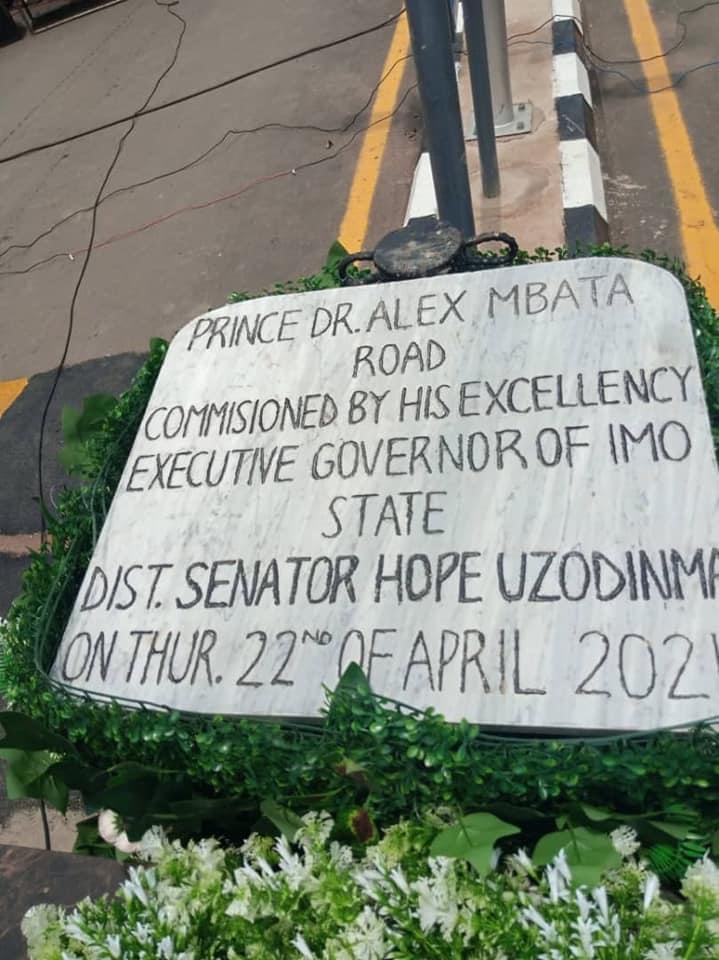 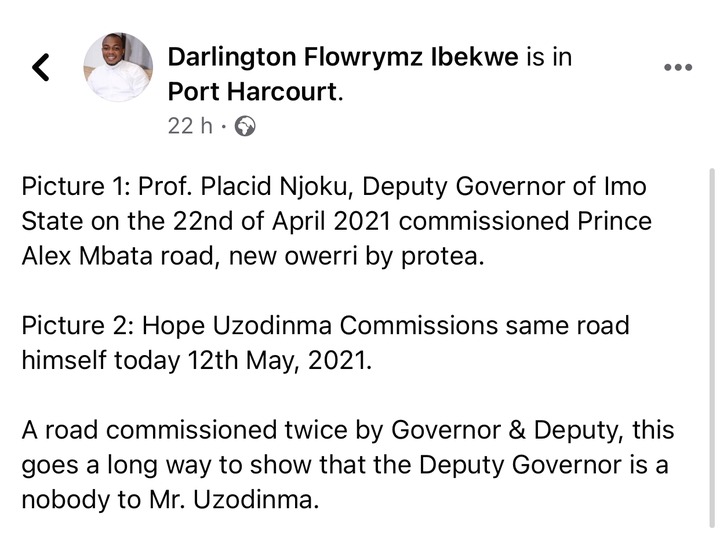 It is also important to point out at this point that Chief Mbata is not the first Imo billionaire to construct a road in Imo State, as his and the governor's aides would want us to believe. About 20 years ago, Chief Tony Ezenna (Orange Drugs) had singlehandedly and without fanfare constructed a stretch of road in Akokwa that is more than seven kilometers.

As at the time he constructed this road, it ranked among the most solid and best scaped road in Imo State. Unlike Chief Alex Mbata, Chief Tony Ezenna did not construct the road in demonstration of his support to the governor at the time or as a political investment, but as a means to alleviate the sufferings of his people as a result of government neglect.

So, what Chief Mbata did today could have been inspired by Ijele Akokwa's legacy of more than 20 years ago. While there are other Imo billionaires and politicians who have used their connections in some government agencies like the NDDC to attract road construction to their areas, thereby securing mouthwatering contracts to their companies, this noble gesture by Mbata as inspired by Tony Ezenna is especially commendable.

"My Lover, You Are Too Beautiful" -Nkechi Blessing Reacts To Tonto Dikeh's New Pictures

22 Ways To Know A Guy That You Can Trust