(PHOTOS): Behold, the weapons recovered from thugs during police raid on their hideouts

The Kano State Police Command on Saturday, November 6, announced the arrest of over 98 thugs terrorising the residents of the state and during their arrest, various sophisticated weapons including daggers, swords, battle axes, double teeth machetes, among others were recovered from them at their various hideouts.

The thugs, who are popularly called Yan Daba in Hausa language, were said to have been arrested within one week at their various hideouts in some parts of Kano State following their notorious activities and incessant attacks by them on innocent residents.

They were said to be always in the habit of using the weapons to attack residents, forcefully collecting their valuables including cash, phones, motorcycles and others by either visiting their victims at home or attacking them on the road. 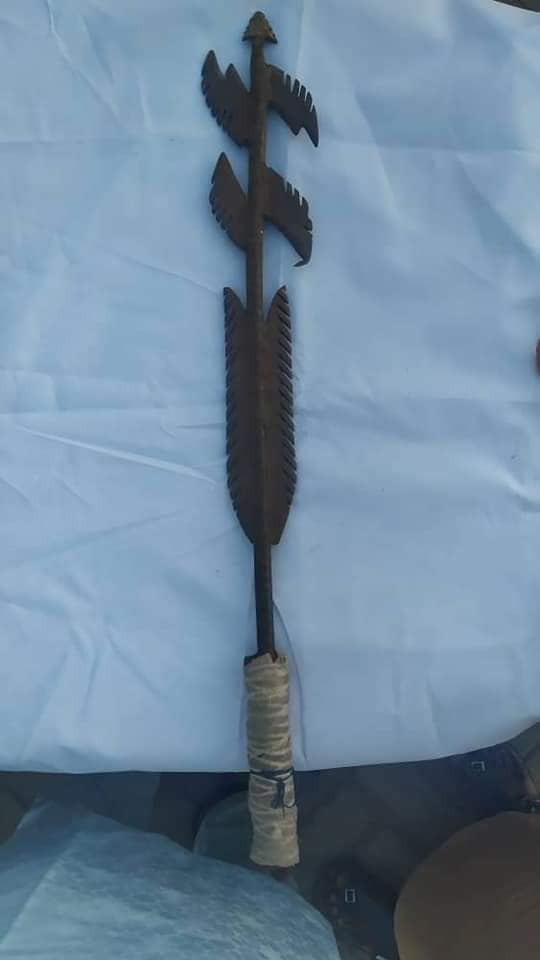 Following various complaints lodged by residents in various parts of the state to the state police command, the command swung into action and, within one week, arrested 98 of the thugs with various sophisticated and deadly weapons.

Their arrest was announced by the state police command through its Public Relations Officer, DSP Abdullahi Haruna Kiyawa, on the command's Facebook wall on Saturday, adding that they were arrested at their various hideouts in some parts of the state.

For example, on 30-10-2021, police operatives attached to Mandawari Division arrested some of the thugs at Mundadu Kwanar Ganduje Quarters in Kano in possession of various weapons which they usually used to stab their victims before collecting their handsets or properties. 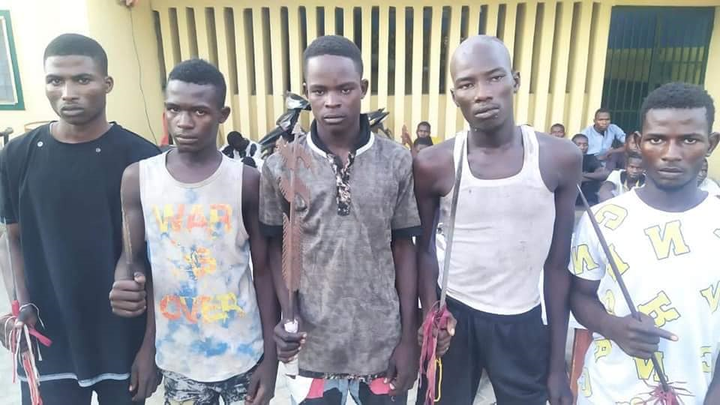 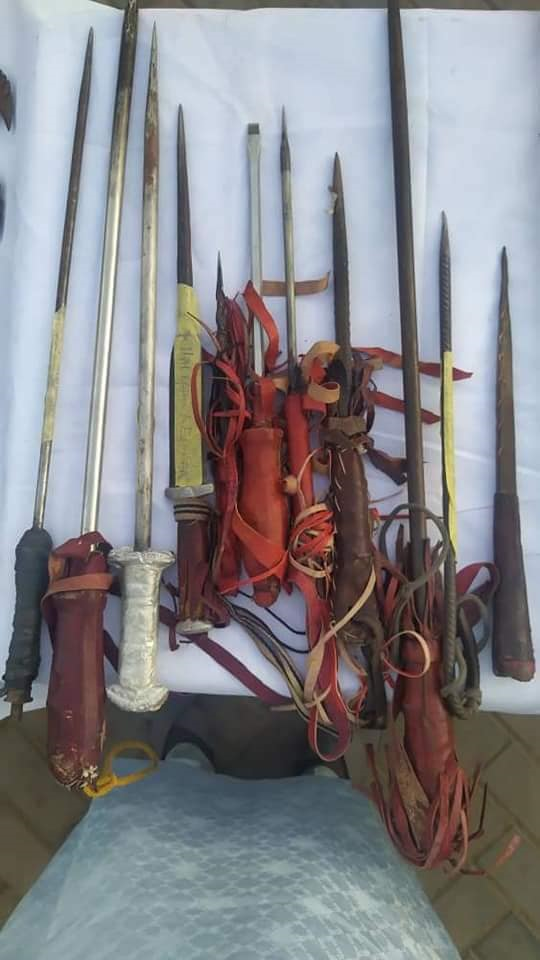 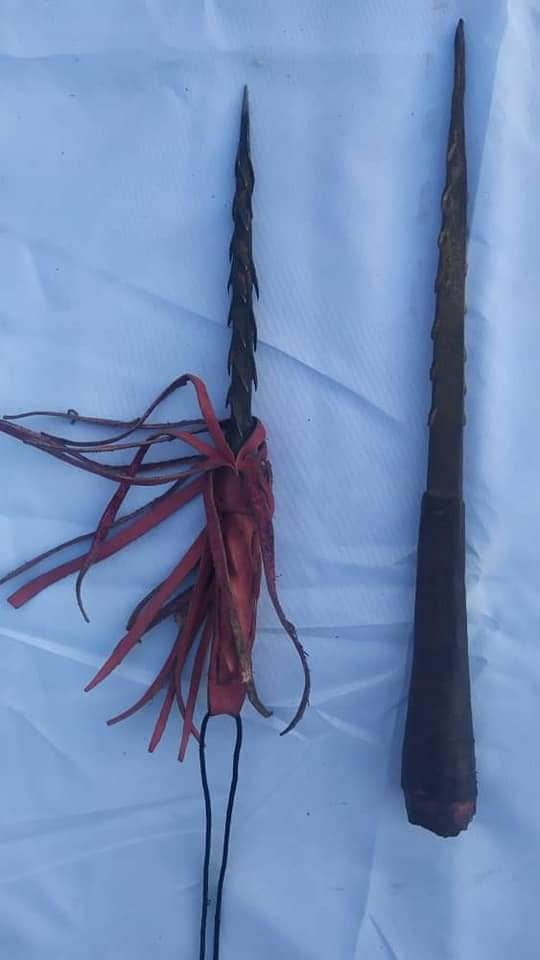 Also on 30-10-2021, police operatives attached to Bachirawa Division while on anti-crime patrol on Takutaha arrested 14 Yan Daba with over 15 sophisticated weapons which they used to inflict injuries on innocent persons before collecting their valuables.

On October 31, according to the police statement, men of the Operation Puff Adder led by SP Bashir Musa Gwadabe arrested 48 Yan Daba with sophisticated weapons and large quantities of drugs. They were said to be using the weapons to attack innocent residents before collecting their valuables.

The others were also arrested at their various hideouts in the state while weapons were also recovered from them at the point of their arrest. 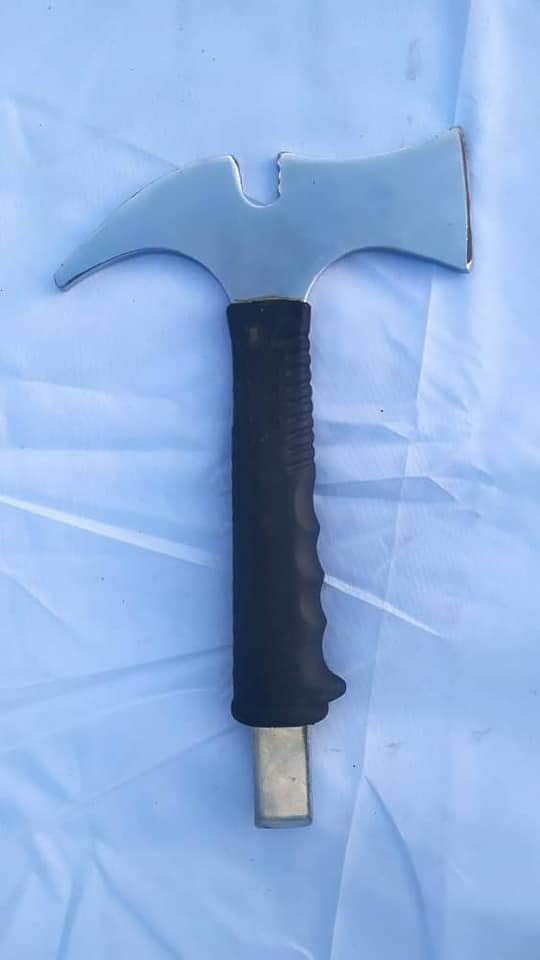 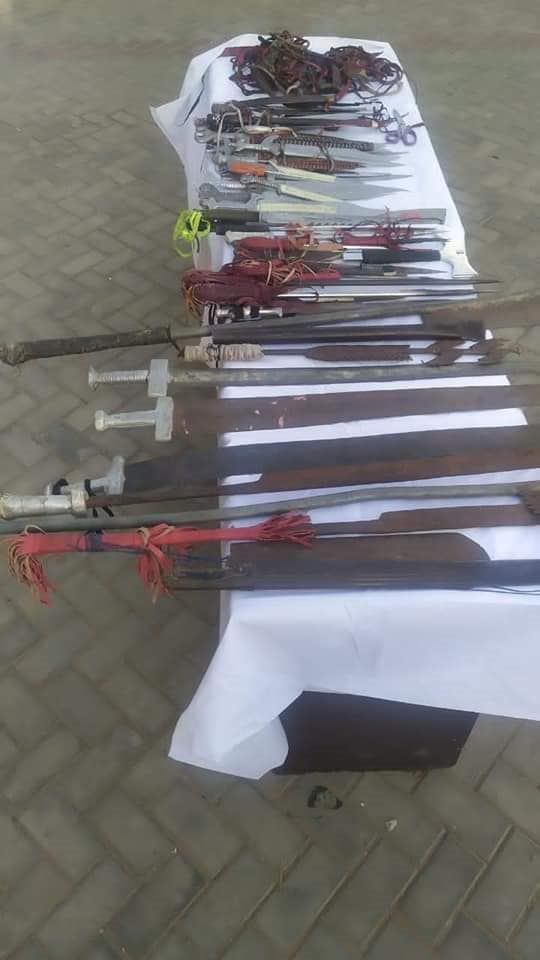 There is no doubt that seeing such weapons in the hands of youths, many of whom are in their early 20s, is quite scary as there are also indications that many of such weapons may still be out there in the hands of some other thugs. Many residents of Kano State are always afraid of the Yan Daba boys.