OGUN ABDUCTION: Occupants Of Kidnapped Students Residence flee Out Of Fear Of Another Attack

By OgunTescom (self media writer) | 10 months ago

Sunday 14th of March 2021 is a day Adeyemo Precious and Oyefule Abiola, both 300 level students' of Olabisi Onabanjo University OOU, Ayetoro campus will not forget in a hurry.

About 8pm , this day these girls were taken away by unknown Gunmen. Swiftly the Ogun state Government swung into action by setting all security aparatus in motion to ensure their safe release, under 48 hours, the students were brought back from captivity. 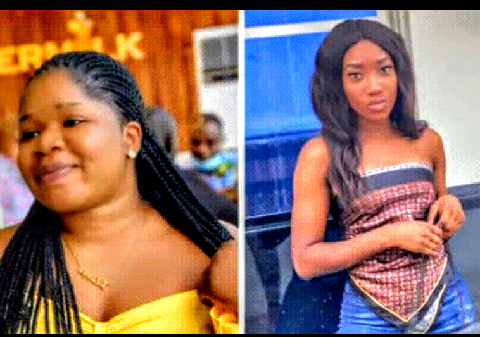 Olowu street in Ayetoro is a street where the abducted students residence is located but the house is now under lock and key as people who lives in the building has left out of fear of another attack. The house is behind a Government primary school very close to a thick bush , making it prone to any form of attack.

A colleague of the abducted students, Jesuyemi Damilare Abimbola , says that some personal effects belonging to the them were seen on the ground including a cell phone, books and a pair of slippers which suggested that they are missing. Later a call came on the mobile phone that the two had been kidnapped and a ransome of 25million naira must be paid on each of them.

Some Elderly women who lived not too far from the house where the kidnap took place narrated what happened on that night, according to them, the kidnapers had been shooting into the air but one of the ladies who was just coming in got trapped into their hands.

Another 70 year Old Man ,Pa Abdulrasak Adenekan who often come to the street where the abduction took place says that nobody would ever believed that the abductors could come to that street as the street has always been a busy area, which is not in anyway situated in the outskirts of the town but he however , thanked Governor Dapo Abiodun for his prompt actions that led to the rescue of the two students.

The state Police public relations officer Abimbola Oyeyemi however warned People of the state not to night crawl and stop boarding vehincles by the road side.

A legislature who represents the area in the state house of assembly , Honourable Adegoke Adeyanju applauded Government efforts on the release of the students and urged Governor Dapo Abiodun, to speed up the establishment of the Amotekun Corps.

Although Adeyemo Precious and Oyefule Abiola, have regained their freedom but their experience in the hands of their abductors is something that will hunt them for sometime to come.