We killed our wives and buried them, after they threatened to expose us- Arrested kidnappers 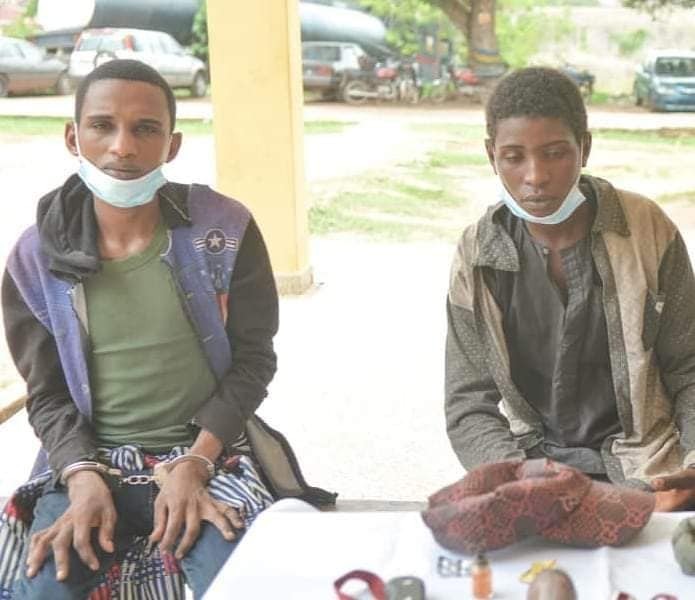 According to a news that was posted by The Daily Trust Newspaper yesterday evening, it has been alleged that men of the Benue State Police Command have successfully apprehended and paraded some suspected kidnappers who have been terrorising residents of the state.

According to the information that was given during parade, it was made known that the suspects revealed the reasons while some of their victims died in their custody before they were arrested.

The command's spokesperson DSP Catherine Anene revealed it in Makurdi that, the suspects said their victims do die, due to the fact that some of them could not handle the trauma of the experience they had in the camp and that, they do kill some people by theirself when they fail to pay the full ransom they demanded for.

The suspects also confessed that they killed their wives and buried them because, they threatened to expose their criminal activities to security operatives.

Meet The Wife Of Politician Uche Nwosu Who Is A Stunning Beauty.